G.I. Joe fans – Keep an eye out for the Death of Captain America Novel

I’m sure most of us have heard that the new Captain America 2: Winter Soldier film is coming out next April, and to celebrate the film’s release, Marvel is also releasing a prose novel following the landmark “Death of Captain America” comic book arc.

The original comic arc followed Captain America’s assassination as well as spiraled into the machinations of the Winter Soldier following his debut in the comic arc previous to it. It’s an interesting way to tie the film in with comic history, but even more interesting to G.I. Joe fans is the person writing the novel.

Marvel has tapped none other than Larry Hama to write this novel, and in a great interview with Newsarama he talks about the process of writing this exciting adventure, which interestingly enough was the first time he really dealt with Captain America himself as a central character.

Part of what led to this work was Hama’s terrific original novel trilogy The Stranger, which is available on Amazon.com and is a book that I strongly recommend to folks who enjoy a good story in the familiar Hama style. Check out the full interview at Newsarama.com.

Thanks to Facebook from Eduardo for the heads up!

Pre-Order this book at Amazon.com!

From one Convention right into another.  Fresh off of our return to normal broadcasting schedule from the 2012 G.I. Joe Convention, the crew from What’s on Joe Mind immediately jumps to the next convention, this time the familiar ComicCon in San Diego.

With not much G.I. Joe news likely there, we bring in Arune Singh to talk about Marvel’s presence there and what we might expect from the House of Ideas.  We also bring in Moira Hunger to talk in more detail about the IDW seminar at JoeCon and comic nerdery in general.

But it’s not all about Comics, there is a healthy helping of G.I. Joe talk as well.  Check out our latest episode on our Podbean Page, or via the embedded players below.  Show notes as always are after the jump.

END_OF_DOCUMENT_TOKEN_TO_BE_REPLACED

It’s been a crazy recording week this week for the What’s on Joe Mind crew…heck for most of them it’s been a crazy few weeks!  We spent some time this past week talking to various different folks at different levels of the geek stratosphere, but perhaps none with such a large following as Ryan Penagos, AKA Agent M on Twitter.  As Executive Editorial Director for Marvel.com he has his hands in many different pies, and is of course, a social media mastermind.

We interrogate him about Marvel Comics, Marvel Studios, Twitter, and even manage to sneak in some G.I. Joe related discussion.  Check it out on our Podbean page, or listen to the embedded player below.  Click the Read the Rest of the Story link below the player for the show notes.

END_OF_DOCUMENT_TOKEN_TO_BE_REPLACED

Brian Truitt from USA Today and Director of Communications for Marvel Comics Arune Singh join the show to dive into the wonders of Toy Fair 2012 and break down the latest and greatest G.I. Joe news and information!

Arune gives us some great insight into the relationships between fan and company and enlightens us as to some challenges of comic book publishing, which also ties directly into toy production.  Plus he and Brian both geek out about some of Hasbro’s new toy offerings.  Check it out on our Podbean page, or listen via the embedded player below.

Its the post Toy Fair 2012 edition of WOJM. Justin fills us in with what he saw and with what he talked with Hasbro about. Also joining us are Arune Singh, the Director of Communications for Marvel Comics and Brian Truitt from USA Today. Arune and Brian hang out with us for the session and give their thoughts on Toy Fair and the line going forward into Retaliation. We answer some listener mail concerning Justin’s psychic insight into the movie and another letter from a listener who has concerns about the cut back in articulation. In the news, the obvious discussion was about Toy Fair, but they also covered the surprising television ratings of the network TV debut of The Rise of Cobra on the USA Network. Lastly we cover the news of Jim Sorenson’s Joe animation model book. Its an episode chalked full of opinion of Toy Fair, so don’t miss it! Apologies for Chuck’s Time/Warner issues. 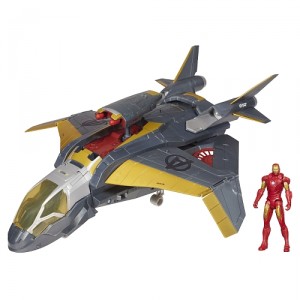 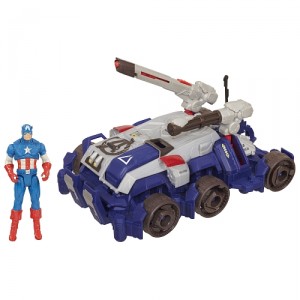 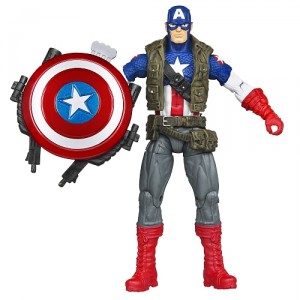