As folks know by now, my coverage of Toy Fair pretty much includes zipping down to New York City, covering the Hasbro event, then zipping back.  I did spent a couple of extra fun days in the big city this year, but I still only covered the Hasbro offerings and then came back North.

Thankfully guys like Matt from the Awesome Toy Blog are there for the whole show digging up great G.I. Joe related nuggets!  Matt grabbed some great pictures from the Loyal Subjects booth at Toy Fair, showing off some of their awesome classic G.I. Joe mini figures.  Check it out at Awesome Toy Blog, and I’ve mirrored just a couple of the images below.

Okay, it’s late, and I’ve been at this for several hours…so I think this is pretty accurate, but I welcome any feedback and comments to the contrary.  Re-arranged the wave layouts to more accurately reflect what we now know.  Added the EagleHawk, and the new figures we saw today.  Lots and lots of pictures!

Check out the latest SuperPage at the link below!

Raw and uncut!  Straight from New York City and fresh off the Hasbro Fan Event, Justin, Gary, and special guest star P-Luv from JoeCustoms do a quick recap special edition of what was shown at Toy Fair today!

It’s not a long one, but it’s a good one with a great run down of the latest G.I. Joe info, and some intel straight from Hasbro reps at the event.  Check out the latest special edition at our Podbean page, or embedded below.

Stay up to date on all Toy Fair 2013 Coverage on GeneralsJoes and YoJoe.com!  Mobile coverage sponsored in part by KokomoToys.com.

Hasbro’s excellent PR firm has begun sending out the press material, and I’ve uploaded a large amount of it already to the YoJoe Photo events page!  The Press images include Budo without his helmet, Cobra Commander wearing his hood, and all of the Wave 2 Kre-On figures that weren’t in the showroom! 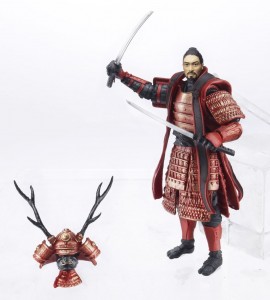 Some intel catch up on G.I. Joe: Retaliation wave assortments

When Hasbro revealed the information on “Wave 3” for G.I. Joe: Retaliation, there was quite a bit of confusion from those of us who were G.I. Joe fans in attendance.  I spoke to Derryl DePriest about it, and essentially the way things break down is this:

The current “Wave 3” that we are seeing at retail with Joe Colton, Lady Jaye, Alley-Viper, Dark Ninja, etc…  is considered a “filler” wave.  A Wave 2.5, if you will.  The full blown Wave 3 will be hitting in May and will consist of the following butt-load of figures:

There will also be a Wave 4 featuring Blind Master, Jinx, Night-Viper and I believe the movie accurate Red Ninja, and that will also have some carry-forwards from previous assortments.

More info as it comes, and the official press images should reveal even more.  Check out the images at the YoJoe.com Events page, and coverage brought to you by Kokomo Toys!

Okay, I got the Tomahawk pictures up, and now the latest barrage is pictures of the new figures announced for Wave 3.  This includes the following:

Check out these images over at the YoJoe.com Events page, and more discussion will happen here shortly.