In spite of what you may think of the movie, I think it’s tough to argue that the G.I. Joe: Rise of Cobra era was a turning point for the toy line, finding an awesome balance between aesthetics and articulation and cranking things up as far as accessories and detail work.  The period from 2009 – 2011 encompassing the Rise of Cobra and Pursuit of Cobra lines gave G.I. Joe fans a lot to love and even more to look forward to.  For his landmark Rank and File series, James Kavanaugh, Jr. is exploring this period of time for his second volume and it’s available now!

Check it out at RAHCGuide.com.  It’s a definite MUST BUY.

The adventure continues to evolve in Rank & File — A Guide to Third-Generation 4” G.I. Joe Action Figures!

After a brief hiatus in 2006 that allowed G.I. Joe to flourish in other areas, G.I. Joe: A Real American Hero went in a new stylistic direction that is still predominately used today! Not only did fans get to revisit some of their most cherished icons within the G.I. Joe mythos, they were also introduced to new characters that are now known and loved.

The Rank & File guide volume 2 displays every G.I. Joe action figure produced between the The Rise of Cobra and The Pursuit of Cobra series, complete with every accessory and variation produced. Not only are the accessories shown, they were carefully cataloged in an upcoming section that will guarantee the proper shade of accessory goes to the appropriate action figure. To top it off, every vehicle and play set released in the 4″ era is documented and every easily removable piece is shown individually photographed, ensuring collector completion.

This full color, 52-page resource manual beautifully illustrates the two series’ 180 action figures, 55 vehicles and every accessory, including all known variations. Not only is every accessory present and accounted for, they have each been assigned a unique number and identified throughout the resource guide. Each action figure was carefully examined between its initial run and any further re-releases to ensure accurate samples are clearly and concisely presented, perfect for the collector who is identifying individual action figures or sorting through unorganized lots.

Whether you are a seasoned or rejuvenated collector, enthusiast, or toy vendor, the Rank & File series is the decisive compilation for G.I. Joe action figures, vehicles and play sets produced between 2007 to today. Let the Rank & File Guide serve as a reference for completion or a scrapbook to the next big turning point of G.I. Joe: A Real American Hero.

The MSRP for The Rank & File Guide Volume 2 is $20 and available at www.rahcguide.com. Buyer will pay all additional shipping and handling costs. If you have purchased the R.A.H.C. guides before, the process will be very similar. This guide was self published and produced in quantities reflecting previous sales so do not hesitate in ordering if owning a guide is a priority.

Who is Whisper, and where does she fit in the G.I. Joe world?

As the deadline for the Hasbro Pulse fan vote nears (tomorrow, November 9th) the question remains…which of these four characters will get the green light, and where do they fit in the G.I. Joe mythology.  The other three writers have done a great job jiving their creators with an overall timeline, but as I look towards the future, in the event that Whisper actually wins, I want to plan not just where she’s been, but where she will be going.

For anyone who follows my dio-stories, you know that “universe” more or less wrapped up this past year with Darkness Falls.  If Whisper wins the Fan Vote, I have already developed a follow up that Darkness Falls Dio-Story that I will be excited to launch!

The following contains spoilers to Darkness Falls, so if you haven’t read that yet, you may want to before continuing…

“Rescued” by COBRA from a South American fishing village after the entire village was massacred (see Marvel’s G.I. Joe #1), Whisper was brought in and raised by COBRA Commander as his own personal assassin.  Trained by the elite of COBRA operatives, Whisper learned martial arts, silenced weapons, sabotage, covert operations, and disguise by some of the most talented masters in the world.  Then employed those skills in sinister fashion for COBRA (as seen in The Price of Peace trilogy).

The decades long battle between G.I. Joe and Cobra has more or less ended.  Casualties on both sides.  COBRA Commander as we know him is dead, as are Snake Eyes and Storm Shadow.  Scarlett has retreated to the cabin in the Sierra Nevadas to raise her son Tommy and the world feels a little bit safer.

But the battle is not over.  Whisper has returned, and has returned to find her father dead and her support system decimated.  With only her blinding hate of G.I. Joe to guide and feed her, Whisper prepares for a massive campaign of revenge on former G.I. Joe leadership.  Meanwhile, the remnants of the COBRA organization have come together to form The Coil, a sinister underground devoted to furthering the COBRA cause.  But they may hit some resistance as a new and improved COBRA Commander comes on the scene…

I plan to use Whisper to kick start a new generation of G.I. Joe, focusing pretty strongly on the Pursuit of COBRA aesthetic.  While my old dio-story used a lot of those figures, this new universe will take that concept and run with it.

So, please consider voting for Whisper, and we can all experience this fun new world together!  You could also expect to see her show back up in my Kindle Worlds work as well.

Meanwhile, definitely check out all of the other creators behind their own Hasbro Fan Vote creations as well.  Lots of good stuff there.

First and foremost, big thanks to Glumby who so kindly gave me access to this very rare and highly sought after pre-production piece!  As we all know there isn’t enough G.I. Joe: Retaliation product for me to push forward on these daily reviews for the next 24 days, so I’m getting a little creative here.

Initially I had asked for the figure so I could do a comparison shot for my FSS Jinx review, but since I had it…  again, thanks to Glumby for the assist!

You can check out the review in my Pursuit of Cobra Review Page (in the “pre-production section) or at the direct link below: 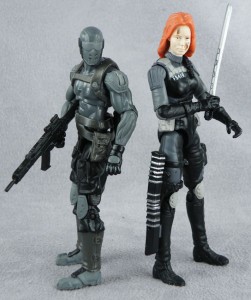 So did you think 2012 was a slow year for G.I. Joe?  While the fine folks behind the What’s on Joe Mind Podcast did drop down their recording schedule a bit to accommodate a slow trickle of Joe news, there were still many exciting G.I. Joe events to talk about.

From animated voice actors to movie news and toy reports, What’s on Joe Mind covered the gamut of G.I. Joe news and events for the year.

Even with a much slower recording schedule in the back half of 2012, it was tough to pick out 12 isolated episodes, but with Gary and Mike’s help, somehow I made due.

END_OF_DOCUMENT_TOKEN_TO_BE_REPLACED

It’s fallen off the main page, so I’m figuring folks have probably forgotten, but if you haven’t done it yet, please consider taking a few moments to fill out the GeneralsJoes survey reporting which PoC/30th figured you’d like to see re-released in single pack form.

It’s nothing official, but I figure if I can get some data together perhaps even to present at Toy Fair, the more responses the better!  Check out the survey at the link below: