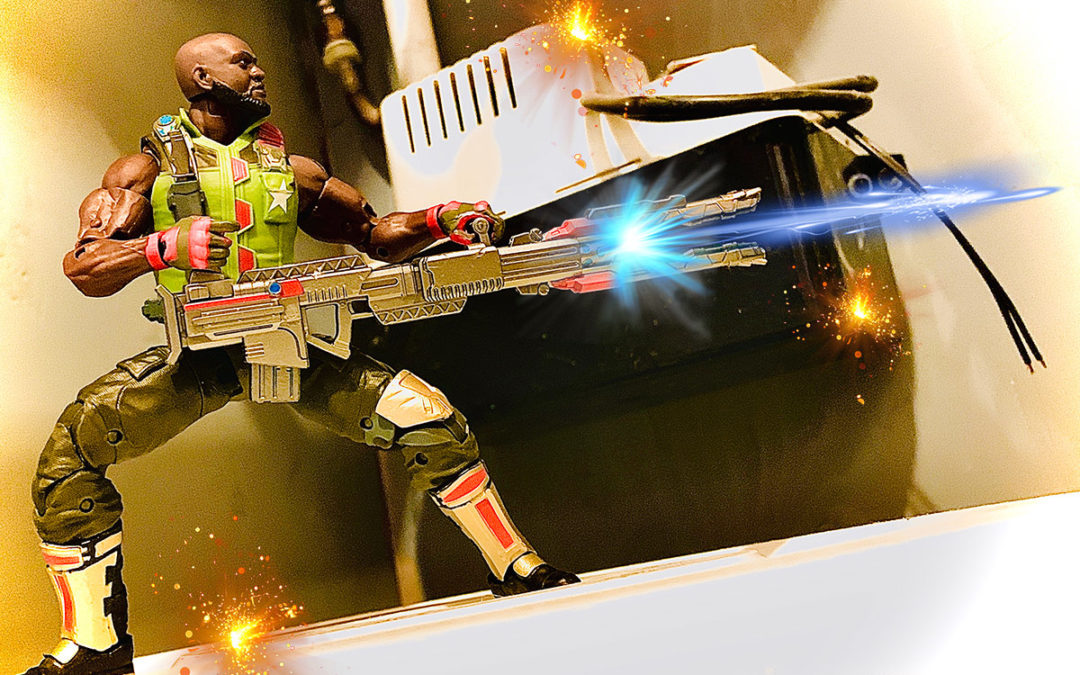 We are nearing June 1st, which is the supposed “street date” for G.I. Joe: Classified, and I was fortunate enough to get my hands on some just a little bit early.

As we ramp up to release day, the reviews are kicking off today and will be going throughout the rest of the week.

We’ll be starting off with Snake Eyes and Roadblock!

Check out the brand spanking new G.I. Joe: Classified Review Page or click the individual links above for the full reviews.

So if you’re anything like me, you sat through nearly three hours of Hasbro presentations, and didn’t really come away with anything new regarding G.I. Joe: Classified (or the Snake Eyes film).

To be fair to Hasbro, the Duke reveal yesterday was a leak, not official, so it’s not entirely their fault that nothing new was shown today.

However, there are some additional interesting tidbits.

In a Full Force video of the showroom, some numbers are visible on the G.I. Joe: Classified Packaging:

Which, of course, begs the question… who are numbers 02 and 03? Those would likely belong to a couple of the villains who we didn’t get to see at Toy Fair for whatever reason, my guess being perhaps Destro and The Baroness, but honestly anything is possible.

To check out the full video courtesy of The Full Force, check below:

Along with this, over on his Facebook page, Mike Thompson (the Roadblock package artist, who also worked on the Rise of COBRA line) posted some fantastic images of Roadblock, while on Twitter, Francesco Francavilla revealed his work on the Duke packaging.

So, yes, in the grand scheme of things, a somewhat disappointing turnout for A Real American Hero, but with promises of more still to come, and hopefully sooner rather than later. If Wave 1 truly is scheduled for release in June, they’ll have to show something before SDCC.

IGN.com has blown the lid off the new upcoming G.I. Joe: Classified 6″ line this morning, revealing first looks at Scarlett and Roadblock, as well as official images of Snake Eyes which was leaked earlier this week.

I can already anticipate a flurry of complaints about the figures not being 100% authentic to the vintage designs, but I gotta say, I love this direction. Taking inspiration from the classics, but with some great updates, these figures look collector friendly and fun.

Hasbro Pulse has currently listed the pre-order for Snake Eyes and according to IGN, both Scarlett and Roadblock will be available for pre-order tomorrow.

Also, Hasbro Pulse has a great video up looking at the process behind the design of Snake Eyes and his packaging and it’s chock full of awesome detail.

Don’t look now, but 2020 is off to a great G.I. Joe start, and I’m sure there will be a lot more fun stuff to see tomorrow at Toy Fair!

From the “this is news?” department… G.I. Joe 3 delayed, waiting for the Rock

With Byung Hun Lee out doing the interview circuit for his new film The Magnificent Seven, it’s natural that some questions would come up regarding his role in the G.I. Joe movie franchise.  Speaking with LRM, the Korean actor said that:

“…that there’s a possibility to do the third one, but I think they’re waiting for the actors’ schedules. They’re arranging the schedules for the actors, especially Dwayne Johnson.”

While it is nice to hear some talk of the next installment in the G.I. Joe film franchise, I don’t think it surprises anyone that they’re building the next installment around Dwayne “The Rock” Johnson.  Already one of the most popular actors on the planet when he filmed G.I. Joe: Retaliation, somehow the onetime wrestler has skyrocketed even further, recently pulling down the honor of the highest paid actor in Hollywood.  If G.I. Joe has the inside track to leverage Johnson’s billing for a third film, they would be painfully stupid not to do so.

At this point that means a bit of a waiting game.  When you’re one of the most popular action heroes of the current moment, a wait list generally forms, and Johnson right now has a hell of a long one.

Now the real question is, how does this play into the whole Hasbro Cinematic Universe discussion?  We’ve heard rumor upon rumor that Hasbro is trying to develop something for 2018, would that something include Dwayne “The Rock” Johnson?  That would feel like a logical step to take, but at this point it remains to be seen whether that would be considered “G.I. Joe 3” or something else entirely.

For many, many years a G.I. Joe film franchise was considered to be in development hell, and there was much rejoicing when it finally got the green light for 2009.  Two moderately successful films later, it almost feels like we’re back in that in-between area.  Hopefully news comes out in the next 12 – 18 months that changes this perception.

It seems like Funko POP are all the rage right now, and G.I. Joe is being taken along for the ride.  Entertainment Earth has posted pre-orders for the first series of G.I. Joe themed Funko POP figures and they look pretty fun.

Check out the product links below.