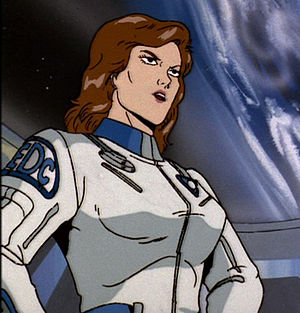 Revolution #1 has been released and a couple of the excellent variant covers have been produced by Adam Riches, who is well known to G.I. Joe fans as one of the artists of the Figure Subscription Service cardbacks.

He has done a couple of fantastic variant covers, and he has listed some of his original art on eBay

.  One of the auctions is the Optimus Prime/Scarlett action figure cover and it looks really great.

Any G.I. Joe or Transformers fan should check out his listings on eBay

now and get these great pieces while the getting is good.

Get ready G.I. Joe fans – the Revolution has arrived!

It’s been teased for months, and we’ve all been bracing ourselves for it, but now it’s official… IDW Publishing’s Revolution series is officially HERE.

Over on IDW Publishing.com the Prelude to Revolution is available as a free download, and meanwhile you can check out the preview to the full first issue of Revolution over on Comic Book Resources.

Along with that over on YoJoe.com G.I. Joe comics mastermind antarctica is already putting the foundation in place for an entire section of their comics archive focused on the Revolution series!  Exciting stuff.

Meanwhile, over on the G.I. Joe Discussion Group on Facebook, new G.I. Joe writer Aubrey Sitterson and artist Giannis Milonogiannis have joined up and are sharing some really great info and intel about the upcoming series!  Revolution is looking to start off on a very strong footing, and as a G.I. Joe fan I’m excited, but as a G.I. Joe, Transformers, MASK (and heck Visionaries, too) fan, I’m REALLY excited.  This is looking like a pretty fun, intertwined storyline.  Be sure to bookmark all of those places and keep checking back here, because I’m loving what I’m seeing so far, and I think Revolution will give us all something to talk about!

At any given time throughout 2015 it felt like a pretty slow news year for G.I. Joe, but as always, when you stop and look back, suddenly things don’t look quite so small.

Granted G.I. Joe product at retail was pretty much focused to a singular burst in late summer as the 50th Anniversary exploded, then faded, even though we got Convention product and FSS figures earlier in the year. With all that being said, it still feels like there were plenty of “banner moments” in G.I. Joe news for the year that was.

News was breaking right up until the last moment, and I’m actually a bit worried that if I post this prior to December 31st I might end up missing something!

END_OF_DOCUMENT_TOKEN_TO_BE_REPLACED

Can I just reiterate how much I love SL Gallant’s artwork on this book?  Even during this short preview I have such an awesome feeling of nostalgia.  Great stuff.

Part Two of the COBRA World Order is in stores this Wednesday.  Check out the preview below, but more importantly, get to your local comic shop and BUY IT on Wednesday!

Once G.I. Joe uncovers more about Cobra’s sinister plot, the villainous organization goes to ground and consolidates its forces. Cobra’s Master Plan is set to begin and G.I. Joe will not be prepared for the epic scale of the coming caranage!