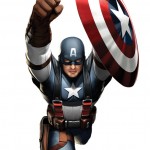 It amazes me that it really took this long for someone to dream up a real life, full fledged “film franchise” based on existing characters and an existing universe.  Throughout the years there have been television series, films, cartoons, and a wealth of media for comic characters, but never once has someone really tried to weave it all together.
Well, Marvel Films, buoyed by the success of their Spider-Man and X-Men franchises finally bit the bullet, created their own movie company, and decided to finally tell a tale that crosses between films and creates a whole new universe in Hollywood.  And so far, I’ve been loving it.
The Incredible Hulk was really the film that kicked it all off, featuring a cameo by Robert Downy, Jr as the enigmatic Tony Stark.  This, of course, spiraled into the Iron Man film, with another nice little cameo of Nick Fury.  Then, as we all know at this point, that catapulted into Iron Man 2 where the whole Avengers Initiative really started to evolve, and we got a peek at Thor’s hammer as we ramp up for Thor in 2011.  Of course, Cap’s trusty shield made it’s own appearance as well.
I’ll be honest…I was pretty worried about how “The First Avenger” would be treated in Hollywood.  The Hulk is a big green monster…  Iron Man is a guy in a high tech suit of battle armored plate.  Those things can transcend comic pages and make a nice impact in the “real world” look.  Well, Captain America really doesn’t.  On the comic page you can see a guy in blue spandex, and it doesn’t look all that out of place.  But making that work in Hollywood?  Yeah, I was having a hard time seeing how they would work it in.  After all, in the 70’s we saw them give it their best shot, and that really wasn’t all that pretty.
Well, thanks to JoBlo and Aint it Cool News, we have some artwork of what promises to be the actual costume that the film version of Captain America will wear.  And Good Lord is it awesome.  It certainly seems to use the Ultimates uniform as a base (which is no surprise, considering how much the Hollywood Marvel universe seems to at least sort of follow the Ultimate logic) but it looks like it will translate nearly perfectly on a three dimensional real world plane.  Yet, it also manages to pay perfect homage to the actual uniform appearance in the comics as well.  They really seem to have captured the best of both worlds.
During my formative years collecting comics, Captain America was one of my favorite heroes.  I had nearly an entire run of his books from the 60’s through to the early 90’s before I moved away from comics, and I still have a place in my heart for Steve Rogers.  I was thrilled to see that Marvel Films is trying to hard to keep these characters grounded in reality, yet still pull so much influence from the printed page.  Awesome stuff.