Following up on last night’s promise, madmac41 at GeneralsJoes sister site JoeBattleLines has posted images of the upcoming Toys “R” Us Exclusive single packed Bench-Press figure.  We have carded images as well as a picture of his filecard.  The character appears to use Rock n Roll’s filename with a brand new character attached to it.  For months, Brendan Fraser has mentioned that his character in the Joe film is a descendent of his character in the Mummy…could this be him and not Sgt. Stone?

We’ll all find out in a couple of short weeks. 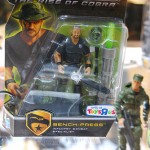 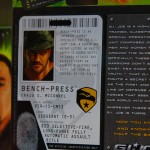