Hmm…this would appear to be a strange development.  To date the only Deadpool figures anyone has seen has been ones influenced by the comic book look.  I would imagine Fox is trying to keep spoilers to a bare minimum, so they have well-concealed this figure to date.  But a poster from MarvelousNews has revealed that he found a movie-themed Deadpool figure on store shelves that is quite the departure from his comic look.

It’s an interesting appearance.  I actually really like how the figure looks, even though it doesn’t look like any Deadpool I recognize.  I’m not sure I’ll buy him, but it’s a cool figure, nonetheless.  Check out the original thread here.

I’m posting the figures after the “break” so as not to reveal any spoilers for folks who don’t want to know what the movie Deadpool might end up looking like. 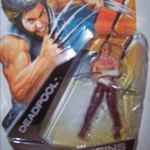 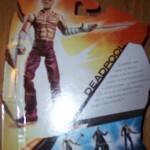 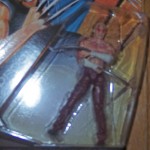