Hidden in a corner of the internet that only a few toy geeks venture to, Wired.com has come up with a huge scoop!  Blogger “Geekdad” has gotten some official pictures of some new upcoming G.I. Joe: Rise of COBRA vehicles, including the never-before-seen Night Raven w/ Strato-Viper!  Also included are the Ice Dagger / Frostbite, the Rockslide ATAV w/ Snow Job, and the Scarab w/ Moto-Viper. 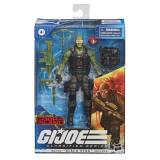 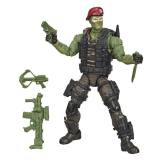 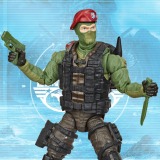 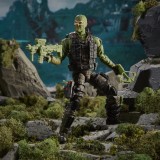 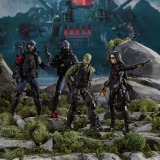 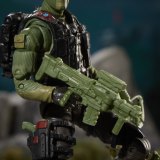 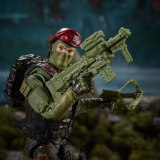 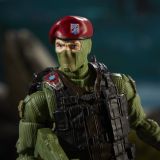 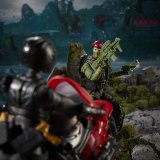 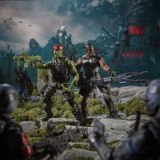 First of all, a HUGE kudos to Wired.com for getting the scoop, that’s some great info.  Secondly, take a look at that freaking Night Raven.  WOW.  That thing is pure G. O. L. D.

It takes a lot of design perspective from the original Night Raven, but styled and sculpted a lot more like the more modern day stuff.  Of course it’s smaller than the old school version, but wow, if that’s not one hell of a nice looking plane.  I LOVE it.  And hey, look!  The Scarab has an opening door, and looks to be a lot more realistic size than the pic in Toy Fare.  Another bonus.

Also a nice allotment of other figures as well.  I’m not sure why Strato-Viper isn’t in his more standard colors, but here’s hoping that more of those supposedly “cancelled” 25th Anniversary figures will see release in the movie line.  I think stuff like Thunderblast, Strato-Viper, and Moto-Viper are all really good signs.

Make sure to check out the original Wired.com story here.