ws_toys, the seller who has already presented us with Breaker, the Resolute B.A.T., and the Baroness comes through again with an auction for one of the Rise of COBRA preview figures, the M.A.R.S. Officer.  The figure comes packaged in a boxed 3-pack set with two M.A.R.S. Troopers as well, which I covered pretty extensively in this post (thanks to cmderinchief of the Coil Club).

Thanks to Destro from HissTank as usual for the scoop!

I’m really warming up to these guys (and the Troopers).  The funky layered armor over the commando sweater…those very Neo-Viper like helmets (which sort of ties them into the upcoming Neo-Viper as well, even though the Neo-Viper doesn’t have his trademark helmet).  I’ve been fighting it, kicking and screaming, however slowly but surely I’m being pulled into this movie universe and the figures that go along with it.  Some of these look very interesting, even if they are remarkably dissimilar to the familiar Joes and COBRA’s that we’ve seen over the past twenty-six years.  I really like the armor on his arms, I love the webgear and helmet, and all of his weapons are terrific.  A very nice figure here, and I’m looking forward to getting the preview 3-pack in May. 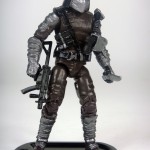 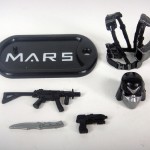