Overseas seller ws_toys comes through again, posting up a Rise of COBRA M.A.R.S. Industries Trooper figure to go along with the previously listed Officer.

I’ve also mirrored the pics below: 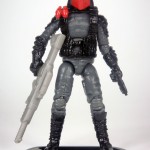 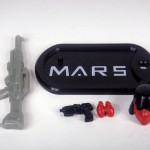 I’m not one for jumping on these Asian early birds, but I snagged these two figures.  I can’t really explain it, but for some reason I find these two figures appealing, even in their never-ending grayness.  The Officer is considerably cooler than the Trooper with all of the layered armor on his arms and legs, but I really love the tooling of both figures.  The Trooper’s weapons are pretty much useless, but the figure itself is neat.  I think these make for some pretty cool preview figures, though I don’t see myself going overboard on the movie stuff in general.  Thanks to Hicks Royel of HissTank.com for the lead on this one.