G.I. Joe on track to reclaim its glory 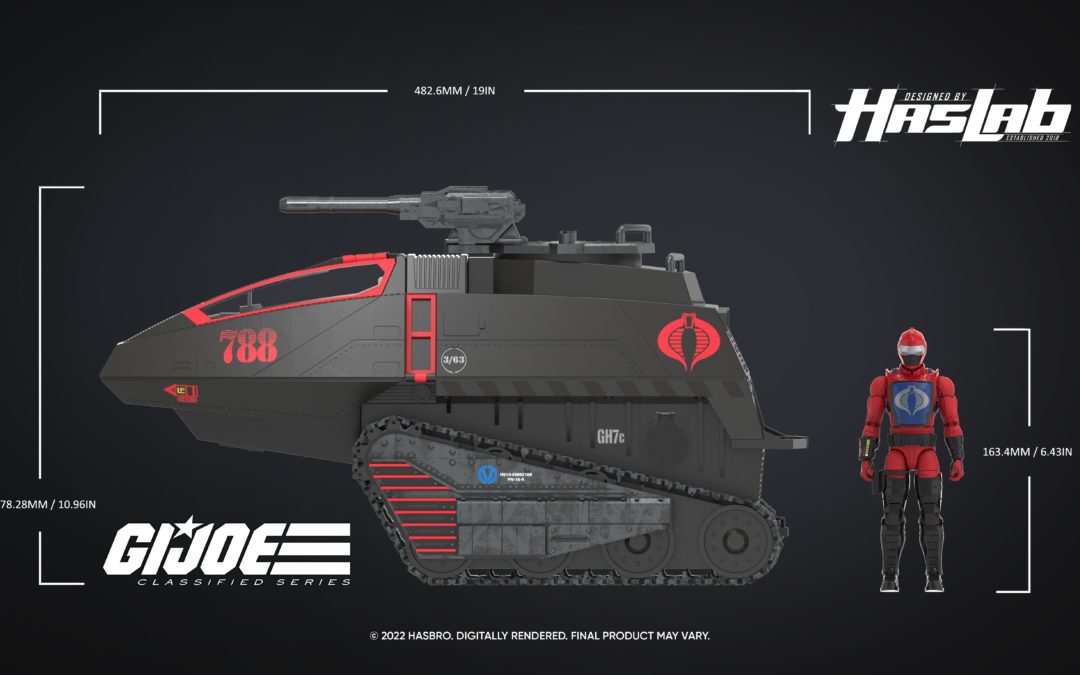 I’ve been a G.I. Joe fan for a very long time– in fact I’ve been a fan since day one of the Real American Hero brand launch four decades ago this year. And when I’m not reflecting on how damn old I am, I’m thinking about the ebbs and flows G.I. Joe has gone through within those forty years and I can’t help but think we may be on the cusp of the next thrilling resurgence of our favorite modern military army man.

Ignoring the fact that the latest mass media launch was a mixed bag, everything surrounding G.I. Joe from a collector perspective appears to be coming up Millhouse. The launch of G.I. Joe: Classified, by all accounts, has drawn the attention of an entirely new generation of fans, who grew up or matured alongside Marvel Legends and have an affinity for the 6″ scale. In spite of some rampant distribution and supply chain issues, I see far more excitement throughout social media for G.I. Joe at large than I’ve seen in a very long time, most of it centered around a renewed focus on classic aesthetics for the latest six inch figures.

While there are times I’d prefer to see something new and different, it’s tough to argue with a successful formula and based on collector reaction to each and every announcement, I’d say the Hasbro design team has their finger on the pulse of what the collectors want.

That’s not to say things are perfect– the constant stream of supply chain and logistical issues has impacted release schedules and has forced Hasbro into a slightly different mechanism for character reveals and announcements. Mixing in some digital renders alongside actual product shots and pre-orders has gone a long way toward increasing the frequency of fan interactions and keeping engagement going, even with dramatic, extended lull between product releases. We can only hope things get better as time goes on, though there seems to be little concrete evidence that things will actually improve any time soon.

In the midst of all this resurgence in G.I. Joe attention, we have the latest HasLab product– a G.I. Joe: Classified COBRA HISS, which looks at the classic, venerable COBRA vehicle and reimagines it at the Classified six inch scale. The cat was released from the bag on this one a little early, and I’ll admit, I was a bit concerned that perhaps that might deflate the balloon a little bit. As it turned out, my fears were wholly invalid because not only did the G.I. Joe: Classified HISS sprint out of the gate, and not only did it fund in less than twelve hours, but it was the fastest HasLab project to reach its funding goal ever.

By all accounts, even this early in the process, the G.I. Joe: Classified HISS has to be considered a resounding success and that success may, quite possibly, set a standard for future G.I. Joe items, both at retail and through the HasLab crowd funding system.

Although I’ve been a fan of the brand for forty years, it’s tough to argue that throughout a lot of that time, G.I. Joe played a bit of a second fiddle to its compatriots like Star Wars and Marvel Legends. But it seems like, with each passing moment, thanks in part to G.I. Joe: Classified, the brand is once again establishing itself as a cornerstone of the collector market and is poised to reignite fan fever not just now, but in the years to come.

I am one hundred percent here for it.