One just has to look no further than me for proof of how licensing can help build awareness and devotion to a particular brand. In the late 90’s, the combination of a Nintendo 64 game and some really fun action figures by Toy Biz essentially made me a wrestling fan. I never would have tuned in to WCW Nitro if not for the N64 game WCW vs NWO World Tour, which captured me with its intuitive controls and faithful adherence to the move set of the live action charicatures.

From there I was quickly drawn in to the soap opera stories, the awesome week-by-week build up and the explosive Pay Per View shows, so much so that I actually attended several in person house shows and even a WWE: Backlash Pay-Per-View live. For several years, I was completely enthralled, and none of that would have happened if not for a video game and some really fun Toy Biz WCW action figures.

For that reason alone, I was exceptionally excited to see my friends at Boss Fight Studios dipping their toes into the wrestling world with their Legends of Lucha Libre figures and accessories. Not only that, but it was going to be their first foray into 6″ figures, which was exciting into itself. Don’t get me wrong, I will always have a love for the 1:18 scale, and the building blocks of my action figure fandom are built in 3.75 and 4″, but recently, with G.I. Joe: Classified, Marvel Legends and Masters of the Universe (among others) I’ve been drawn into some of the larger scale figures and fascinated by what those larger sizes enable the designers to do.

Legends of Lucha Libre is no different. One just has to look at the intricate tattoo deco on both of these figures to know exactly what is possible at a larger scale. Though, to be honest, I’ve spent a very long time staring at the tattoo deco on this figure and it STILL doesn’t seem possible, even at a 6″ size. The paint deco on these figures is truly spectacular. The tattoos are so nicely painted and applied, working seamlessly throughout the joints and even included on the spare hands that come with Ray Fenix.

But really, the paint applications are only a part of the story. While I’m not necessarily a devoted follower or fan of Masked Republic or Lucha Libre in general, I have found a ton to love about these two figures. Along with the aforementioned color deco, the articulation is almost flawless. The range of motion on these figures is like a scaled up version of the Vitruvian HACKS figures, which is really all I could have wanted and more. There is so much great work in the sculpt and the way that sculpt blends with the joints, Boss Fight manages to combine fantastic range of motion with a smooth sculpting aesthetic that feels like the best of both worlds.

Like the HACKS figures, there are also some great customization options. The hands and heads are full swappable (just make sure to use some hot water or a hair dryer) so you can mix and match hands, wrist guards, elbow pads, etc… and it offers some fantastic flexibility.

But this initial assortment isn’t just about the figures and characters. There are two accessory sets included with this assortment as well, which are just insanely fun. A folding chair, the customary breakaway table, baseball bat with removable barbed wire, wooden kendo sticks, flexible strands of barbed wire, a microphone, a breakable cinder block– and a couple of Masked Republic masked heads. So many options and so much fun.

It’s been years since I collected wrestling figures, and I’m already super antsy to get my hands on an official Boss Fight Studio wrestling ring. I think I’m hooked on these things already! 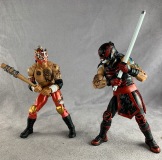 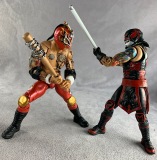 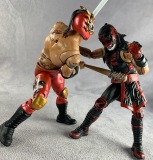 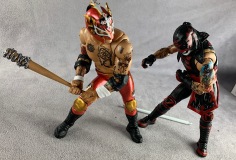 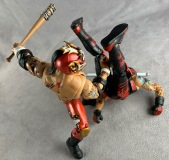 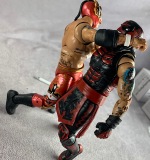 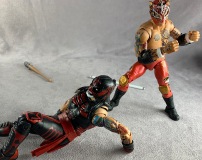 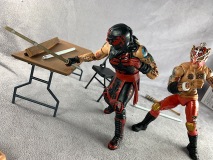 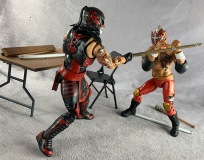 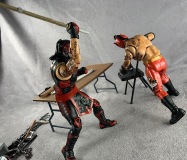 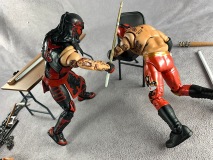 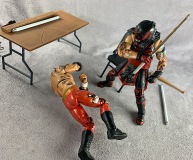 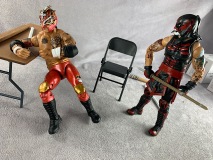 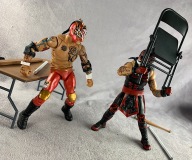 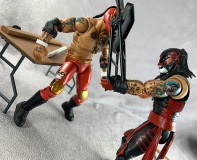 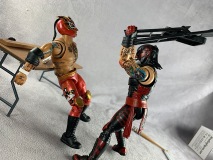 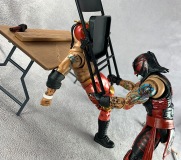 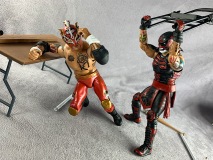 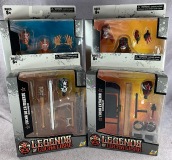 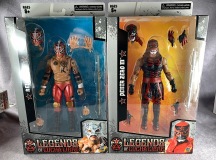 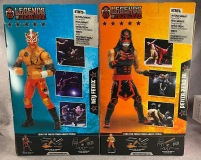 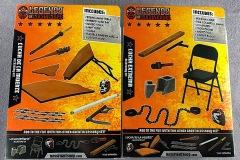 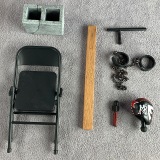 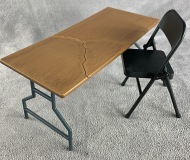 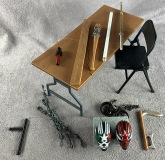 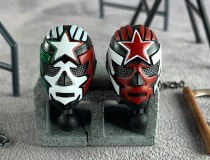 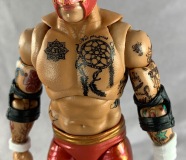