G.I. Joe Classified 6″ First Look – Yes they are real and they are spectacular 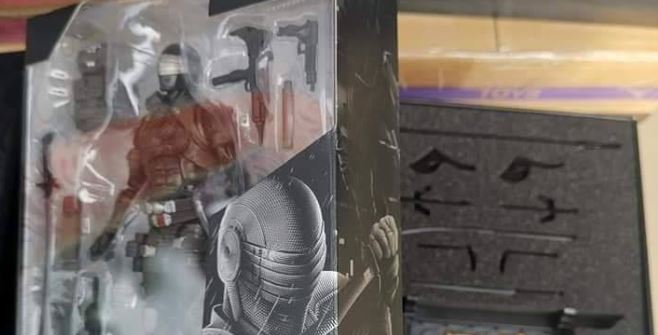 At least I can only assume so based on the images that have leaked online of what appears to be an upcoming G.I. Joe: Classified Convention Set.

The images feature a 6″ Ninja Commando Snake Eyes (based strongly on his 1985 iteration) with a wide assortment of weapons, including his signature sword and Uzi, as well as what appears to potentially be a weapons rack or ornamentation of some sort.

These images were first revealed (or at least I first saw them) over on The Full Force Facebook Page where you will see tons more news and info over Toy Fair weekend coming up in a few days. The images apparently initially surfaced over on the Toy Jaeger Facebook page.

Check out the images below and get hyped!