In celebration of San Diego ComicCon, which is quickly approaching, I completed my review of the soon to be released SDCC Exclusive “Shockwave” HISS Tank!  Kindly supplied by Hunter PR and Hasbro, I was extremely fortunate enough to get my hands on this a couple of days early so you SDCC attendees know what you’re getting into and why you’re waiting in that six hour line!

Check out the review on my 25th Anniversary Page, and also at the direct link below.  I know this doesn’t really belong in the 25th Anniversary necessarily, I’m still struggling to find a place. 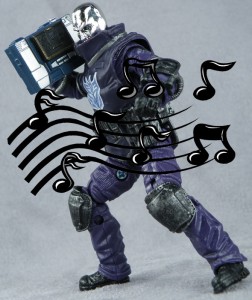