Other goodies found on TaoBao.com

Busy night on TaoBao tonight…not only did Dial-Tone make her illustrious debut (this time with breasts!) but we’ve got a couple more mysteries to solve.

First off is an apparent redeco of Tomax and Xamot in the color scheme of the Crimson Strike Team convention set from several years ago.  That auction is here.  Next up is what appears to be a test shot of a possible upcoming Snow Cat!  Hasbro stated in the last Q & A that a Snow Cat was on the horizon, and we’ve discovered it makes an appearence in the Rise of COBRA video game, so it would certainly appear that a Snow Cat is headed to retail shelves in 2009.  Will it be a special exclusive?  Will it be a Rise of COBRA themed product?  I guess we’ll find out.  Check out that auction here.  Both images are also mirrored below. 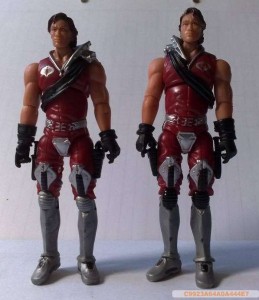