Hall of Heroes images are all online

I’ve been debating on whether to even pull these images and host them here, since they’re pretty much everywhere, but I figured why the heck not?  And why not add some of my totally unsolicited (and possibly unwanted) .02 while I’m at it?  By now, everyone knows where these images came from, but I’d be remiss if I didn’t at least give some credit to JoeReloaded, the GI Joe Collectors’ Club, JoeBattleLines, YoJoe, and HissTank for bringing these images to the masses.  Awesome work, it’s cool to see the fansites all working in concert with each other.

Check out the gallery of all 10 figures below (but please hit those links up top as well, credit belongs to the above forums for communicating with Hasbro and getting these images for us all): 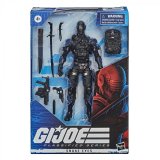 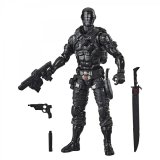 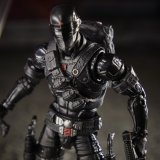 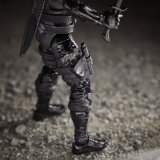 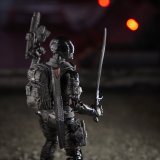 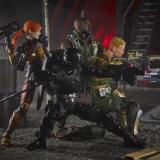 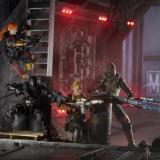 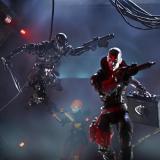 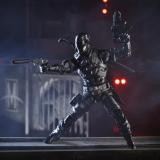 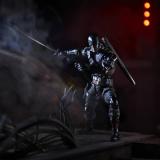 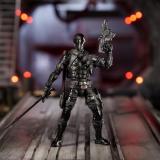 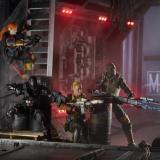 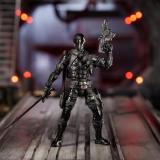 Of course, the entire reason for this blog is so I can infuse my sometimes unwelcome opinions on the masses, and why should this be any different?  I will say right up front that I’m pretty mixed overall.  A lot of these figures are repeats…prior to the debut of the latest COBRA and G.I. Joe 5-Packs, I think reaction for some of these figures would have been huge.  But with a repeat Flint, Snake Eyes (w/ Timber), COBRA Viper, Zartan, and Storm Shadow, a lot of fans are feeling a bit let down, I think.  I would fall into that category, I think.

Yeah, I know I was pretty overly negative as a whole on this series of figures, because it simply lays the groundwork for what fans have been complaining about, and that is repaints upon repaints, upon more repaints.

As for me…well, I like what they’re trying to do here.  A commemorative edition of some of the most popular characters in a very vintage themed deco with some awesome gold trim packaging and beautiful display work.  I can see it, and I think it works amazingly well.  The only issue is, the vast majority of Joe fans that I’ve encountered are mostly “play with their toys” guys, and paying $13 for essentially fancy packaging may not win a lot of folks over.  If this was the first time we were getting these fixed figures like Flint, Snake Eyes w/ Timber, COBRA Viper, etc..  I think much of the fandom would be on these like white on rice.  As it is, I anticipate a lot of “luke warm” and not much excitement, especially if this is to be the Anniversary’s “last harrah” before diving head first into movieland.

The presentation is fantastic.  The concept is sound.  The paint work, detail work, and everything involved just works on so many levels, but with a rash of repeat characters and with so many rehashes that fans have already been patient through, I can just see these causing more grief than pleasure.  We’re a full month into 2009, and so far every single newly announced product has been 100% repeat characters, and that’s gonna wear on people.  Hasbro would do well to consider finding a way to release some new characters and more “new” product as the lead up to the movie…  this upcoming film has many fans in a negative state of mind as it is, and if all we get in ’09 for Anniversary product is “more of the same”, those negative feelings are going to spill over into movie sales, and nobody wants that.