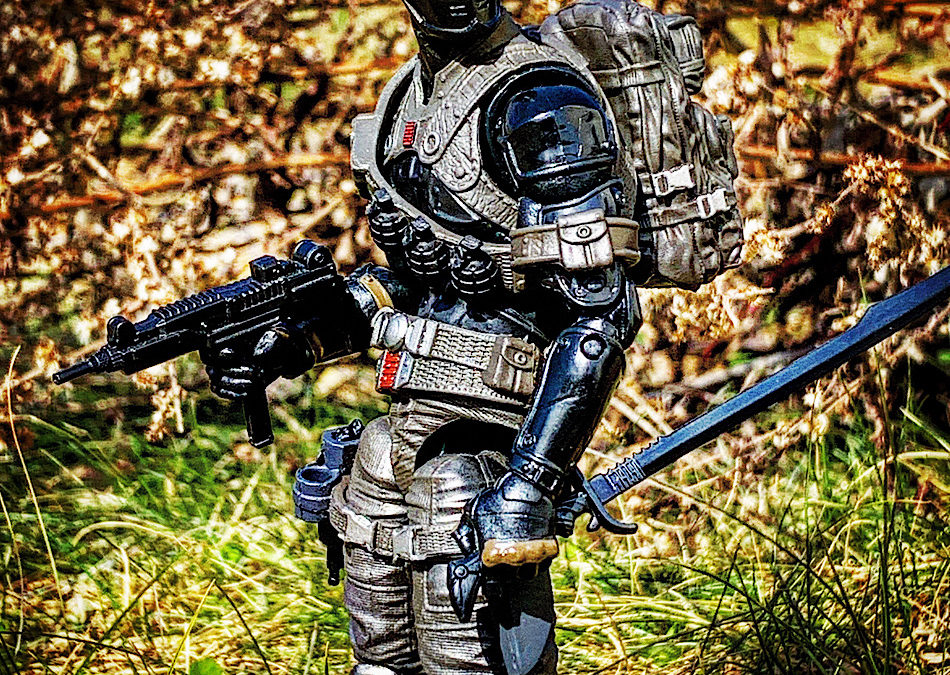 Is it next week yet?

I teased that my return to G.I. Joe reviews would hit the web next week, but I just couldn’t keep from playing— err… reviewing this figure, which is not just a new version of Snake Eyes, but a new iteration of the brand itself.

I’m sure most of you can guess how I felt about it, but just in case, you can check out the review over on the brand spanking new G.I. Joe: Classified Review Page, or check it out directly here.

Warning – I went overboard on the images. Like… way overboard.

Hopefully you enjoy it. I’m really looking forward to digging into Duke, Roadblock, Scarlett and the rest of the gang!

Is it okay to get excited yet?

I will be the first to admit, as a long time shameless G.I. Joe fanatic, that there hasn’t been a whole lot to get excited about with the franchise in recent years. Although it actually hasn’t been that long since we had new toys (the FSS was still happening a bit over a year ago), something feels… different about 2020.

With the impending launch of the Snake Eyes film in October, rumors have been running rampant about a potential new 6″ vintage-inspired G.I. Joe line called “G.I. Joe: Classified”. For every enthusiastic post, however, there are generally several “I’ll believe it when I see it” counter-arguments, which is understandable.

However, in recent days we’ve seen an actual Bill of Lading posted from a shipping company in China indicates the existence of a convention exclusive, as well as Wal-Mart and Target product codes courtesy of YakFace.com which clearly indicate that there are, in fact, mass market newly produced G.I. Joe action figures on the horizon for the first time in a very long time. Even the 50th Anniversary was mostly existing tooling and relegated to only Toys “R” Us, so you really need to look back to G.I. Joe: Retaliation as the last time we saw G.I. Joe action figures at places like Wal-Mart and Target.

HISSTank.com has more details as well.

In spite of what some Joe fans might say, and regardless of what your scale preference is, this is big news. This is exciting news. And yes, as you probably all anticipate, I’m pretty fired up.

I’m a bit unique in my love for G.I. Joe. While it was certainly the ’82 – ’86 era that ignited that spark in me, I carried a love for the military/science-fiction infusion of the brand all the way through the 90’s, through the 00’s, through Sigma 6, and straight up to the present, and while I totally understand people’s attachment to 4″ (or 3 3/4″), I can’t help but be excited about this new iteration of our favorite Real American Hero.

Honestly, there are a few reasons for that:

Oh. Yeah. Speaking of a “little over a week” from now. Hasbro’s Collector Event at Toy Fair happens Saturday, February 22nd. That’s a week from tomorrow, and according to their brochure, G.I. Joe is sure to be a topic of conversation. So a week from tomorrow, we should know what to expect for the coming year, and I strongly believe we will be pretty fired up, especially compared to the relative drought we’ve seen on Wal-Mart and Target shelves over the past several years.

A new movie. A new mobile game. New toys. Sure looks like 2020 is shaping up to be a fun year. You can bet I’ll be right here celebrating alongside you.