When it rains, it pours. Seems like it's been a long time since some new G.I. Joe items were hitting the shelves...just before the convention, if my memory serves me. Now, while I'm catching up with stuff I've missed like the Thunderwing, we're getting hit with the Urban Strike Force, the Anti-Venom Task Force, these two Alpha vehicles, and four Bravo vehicles on the very near horizon. Just as those start filtering out, Wave 4 should be hitting along with the Valor Vs. Venom DVD, the TRU exclusive Desert pack, and VAMP w/ Twin Battle Gun. Good grief, it's going to be an expensive couple of months...just in time for Christmas! 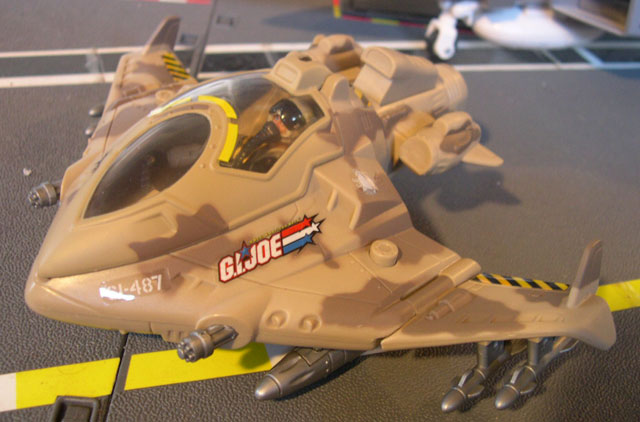 Well, I'm going to start off somewhat brutally honestly with this review. There really isn't going to be a whole lot of new information here, since this exact same vehicle came out a number of months ago, only in a different paint deco. In my original Tigerhawk review I covered the general design scheme of the plane, which back then was a huge step up from what we'd seen in months previous. While I still think this little attack craft is pretty neat, I'm not wild about the change in paint apps, or about getting another version of this plane so soon after original release. As a result, I cannot recommend this one as highly as I recommended the original, although I will still cover what makes this new plane tick.

The design of this plane is definitely a draw to the toy, at least for me. Completely abandoning the pseudo-realistic look we got to recent plane releases like the Sky Sweeper and Thunderwing, Hasbro tossed realism right out the window and just went for fun. While it's tough to see just how this plane could get airborne, I do like the chubby, rounded fuselage and sloped back wings. This fast attack plane looks like it could zip in, do some damage, and zip back out in the blink of an eye. It's twin gatlings on the front are a very cool touch, definitely giving it some bang for the buck.

It's tough to consider the Joes using a vehicle like this, though, as it almost seems to be a suicidal type of craft. I can see some crazy COBRA AVACs tearing through Joe forces with these things, threatening to use the planes themselves as miniature bombs...but with Joes at the controls, they lose some possible functionallity and some of their appeal. Still, the overall design is nice.

However, playability has a slight downside. While the plane is small, light, and fun to tear around the house with, the action feature really drops this thing down a few notches. That funky spinning rudder with the barrel roll action just doesn't prove useful enough to sacrifice the functionallity of the plane as it has. You can't even fly this thing around without the fuselage twirling like a drunk ballerina at all times. Very poor choice for an action feature on this one, especially when you step back and see what Hasbro was able to pull off with the Thunderwing. Sure, it was a much larger craft at a much larger price point, but still, I can't help but think there would be at least something they could have done without taking this drastic step. 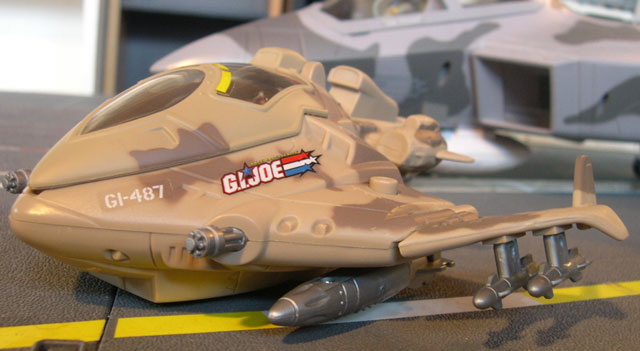 Well, there are only a bare minimum electronic features here, and they work all right. As the Tigerhawk spins into it's involuntary barrel roll, we're greeting with a pretty neat zooming noise that works for what it does. Also, the twin buttons that release the bombs result in some pretty cool whistling and explosions that serve their purpose, too. Nothing makes or breaks the toy, but they don't really add a whole lot to it either. You just kind of accept them as being there and move on.

It's tough for me to talk poorly about this feature of the plane, even though we got this exact same figure some months ago. Up until the Thunderwing was released, this was the best pilot figure we'd seen for a long, long time. The elaborate, well-detailed flight suit and helmet...the scaled down almost in proportion figure scale all combined to show a pretty nice pilot figure. Nice enough to get two versions within 8 months? I'm not too sure about that.

The last Ace was pretty much as good as it got...a nice, realistic gray flight suit with variations on the gray for the trim and the helmet. Does the figure work as well in tan? Well, it's still a nice figure, although I cannot think of a single reason why I would ever use this figure over the original. Grey is a pretty default color for flightsuits, and I'm not sure I have a use for equipping a fighter pilot in a suit more in tune with a desert environment. Still, if someone cannot find the original Tigerhawk, I suppose with this figure, this provides a suitable replacement.

Not a bad plane...I loved it when it first came out, however I love it less now. The last color scheme was realistic and well applied, while having a plane decked out in desert colors seems odd and uninspired. It's somewhat tough to find Tigerhawks on the shelves these days, and they seem to be appearing in the new Valor Vs. Venom DVD, so I'm certain that's why Hasbro went out of their way to get them on the shelves again. In that way, it makes sense, and the new paint apps are generic enough not to be too bad. Still, I'm not sure I need a desert-themed Tigerhawk and Ace, even if having a pair of these fast attack planes seems a neat concept. I'd rather get another new sculpt vehicle or re-tool for my ten bucks, I guess, that's all. 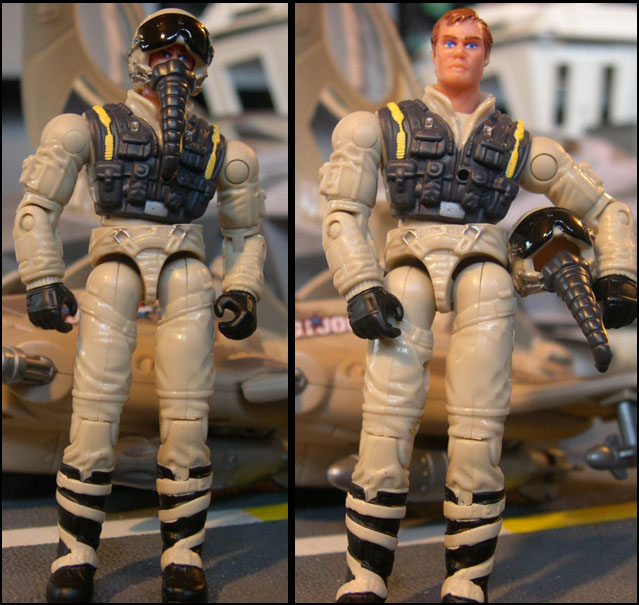 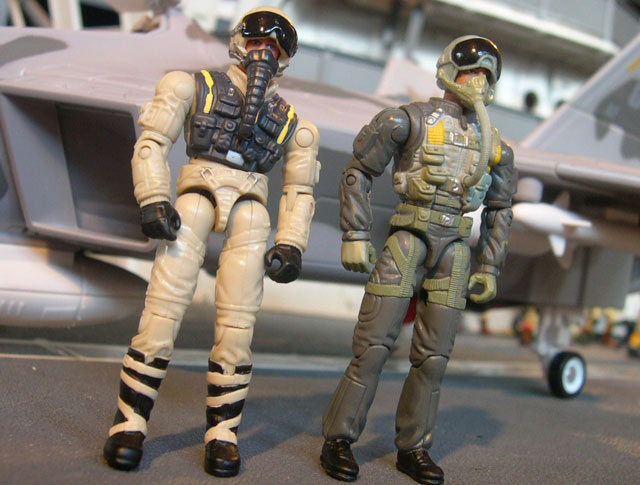 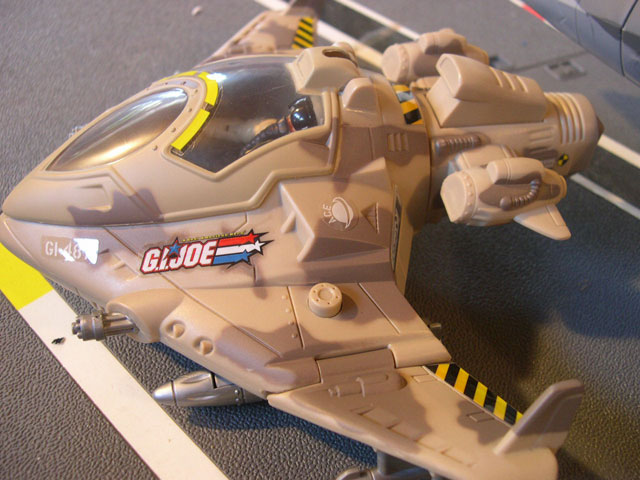