If you asked pretty much any Joe fan out there which character they were sick of seeing on store shelves, I have a strong suspision that Snake Eyes would make the top three of pretty much everyone's list. We've been inundated with Snake Eyes figures of all scales, styles, and designs over the past few years, and at some point you get a little sick of them. However you do have to appreciate that he does represent the Joe mythos, and is it's main focal character to a large amount of the population out there. As such, that pretty much guarantees that we'll see lots of him in ongoing years as well as past years. But if Hasbro keeps on giving us Snake Eyes figures of this quality I'm not going to complain! 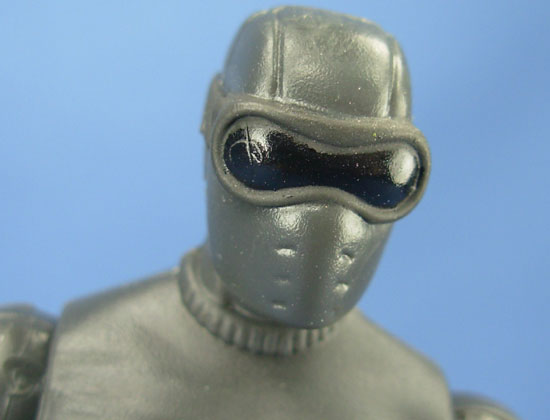 Snake Eyes' head sculpt is the familiar commando look, using his plain goggles and spec ops face mask that give him a nice, identifiable appearence. Sure, his visor is his trademark, but when he goes back to his commando roots, this definitely screams Snake Eyes, and those little seams in the face mask just add a nice little bit of detail to what could have been a relatively plain looking head sculpt. 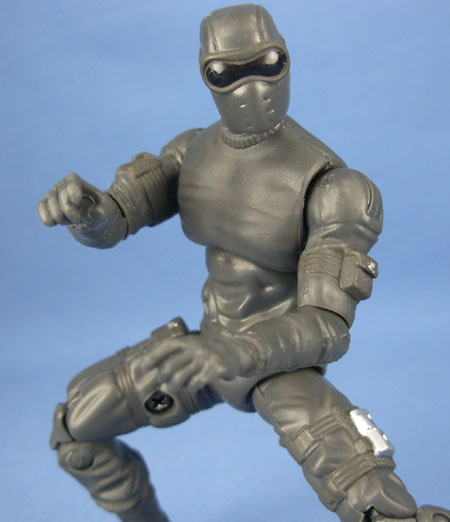 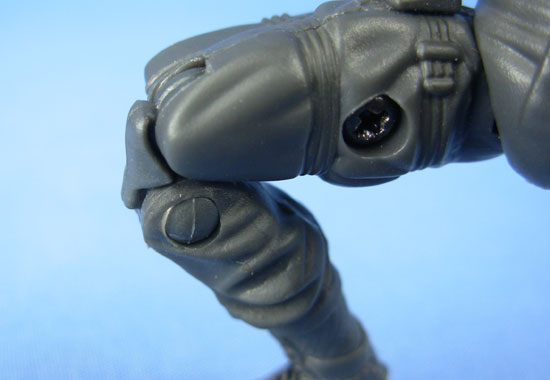 Without his webgear, Snake Eyes has a pretty plain body sculpt, with a commando style sweater turtleneck and pretty standard looking military legwear. His two armbands and pouches are quite nicely detailed, but don't go too over the top. His legs really bring it up a notch, though. With textured wrinkles, a working knife sheath, combat boots, and the always great double-jointed knees, I really love how Snake Eyes ends up looking, even without his webgear. Sure he looks a bit naked, but there is still a ton of detail and you can really see how much effort went into sculpting G.I. Joe's single most iconic character. Lots of texture throughout the straps and buckles on the figure in general.

The hip articulation with Snake Eyes is still a bit limited, but it's less of an issue with him than it is with some others. The swivel wrists are great (and his trigger fingers actually work relatively well, too) and I have no major issues with his elbow movement either.

His colors have been a source of some debate among the Joe crowd as well...Snake Eyes is infamous for being an all black "shadow warrior" of sorts, and his various gray shades on both of his first two version figures has left a few folks a bit cold. It doesn't matter so much to me, personally, since this dark shade of gray almost looks black anyway, but technically he is a dull, dark gray, not the black that some folks would like. 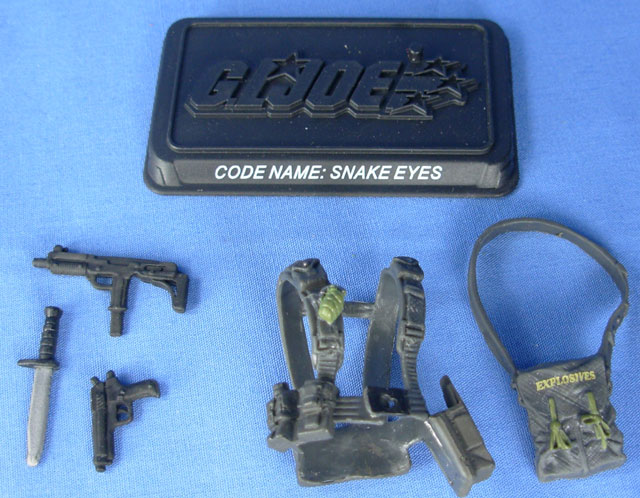 Now I said the figure looks pretty cool without his gear. A bit plain, but cool. With his gear? Snake Eyes just looks nasty. First of all, his rubberized webgear fits snugly and buckles well, staying firmly attached to his torso. No looseness or anything at all like that. It just works. The detail work throughout his straps is amazing as well, with intricate details sculpted throughout, a nice green grenade, little pouches..a wealth of stuff on his webgear that couldn't even be conceived of back in 1982.

He's got an awesome holster built within his webgear, too, which fits his pistol perfectly. Going alongside the webgear, his textured "explosives" pouch is great, too.

Rounding off the accessories are his special forces knife, which slips seamlessly into his sheath (though when you move his leg around, the handle does get a little caught up). His uzi looks great, too, and the trigger finger works exceptionally well, fitting nicely into the trigger guard and holding the weapon fairly realistically. From the webgear to the weapons, Snake Eyes comes with everything he should, and once he's fully equipped, he looks incredible, just as a special ops commando should look. Bravo on this one. 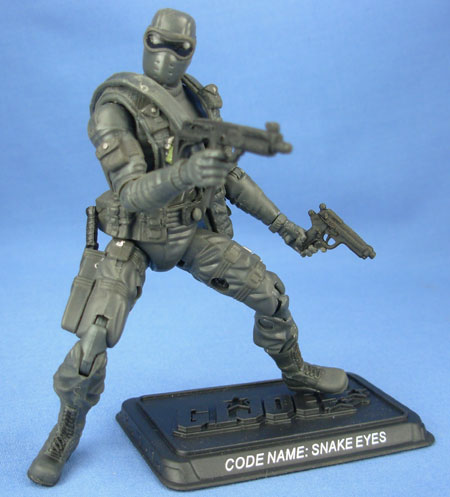 From top to bottom, Snake Eyes is an exceptionally well designed and sculpted figure that looks simply fantastic. If they could enhance his hip articulation just slightly, it would be a dramatic improvement, but even at this point, he's an incredibly nice figure with a lot of great qualities and really emphasizes what is great about these Anniversary figures and shows the potential for coolness that is here. Will this tooling be reused ad infinitum down the line, making us all grow weary of this mold? Yeah, it's possible (and in fact, folks are already lamenting that it was used for the Snake Eyes v.2), but I still have to appreciate how cool and simple this figure really is and how well it works. 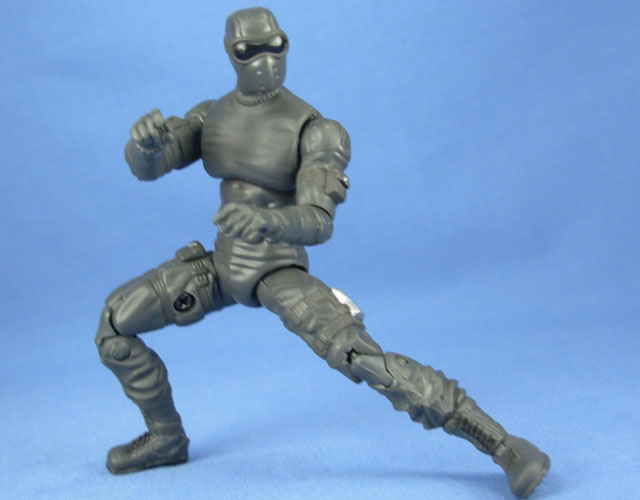 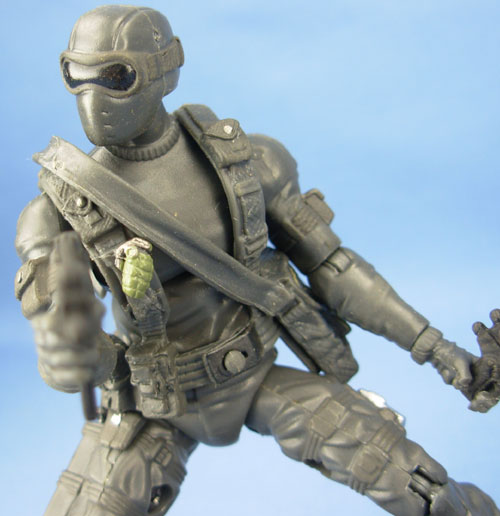 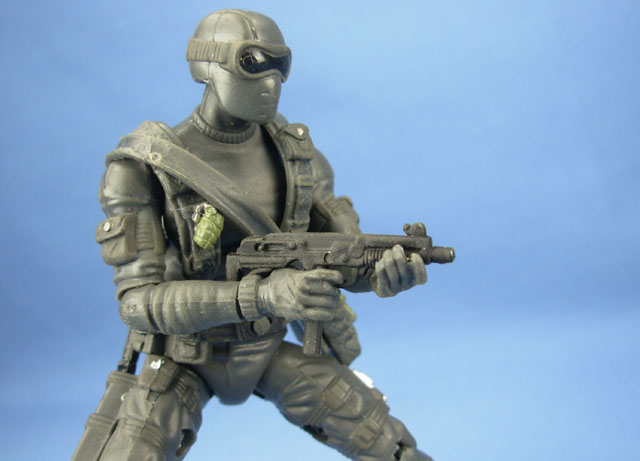 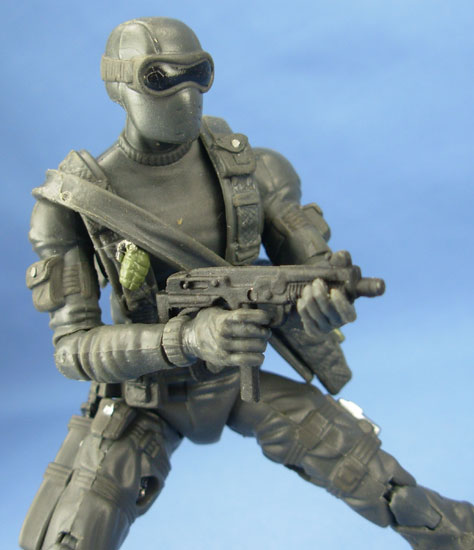 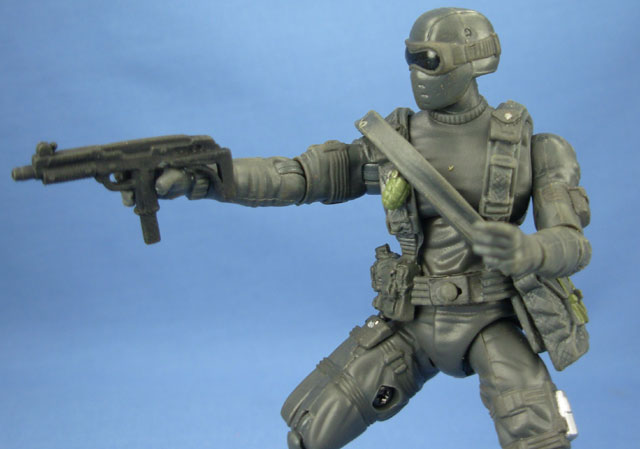 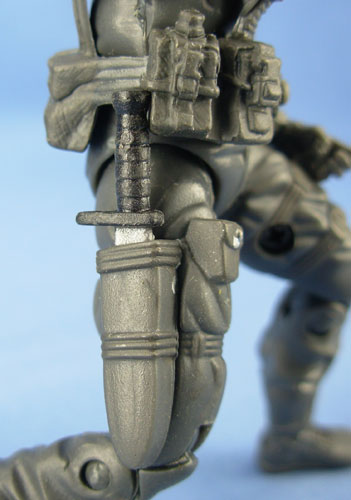 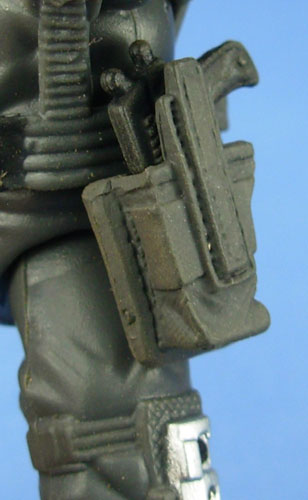 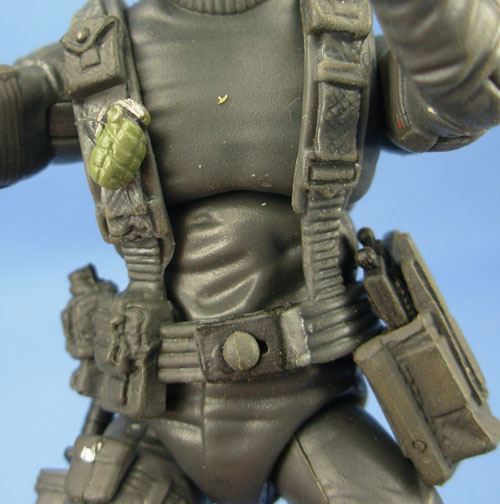 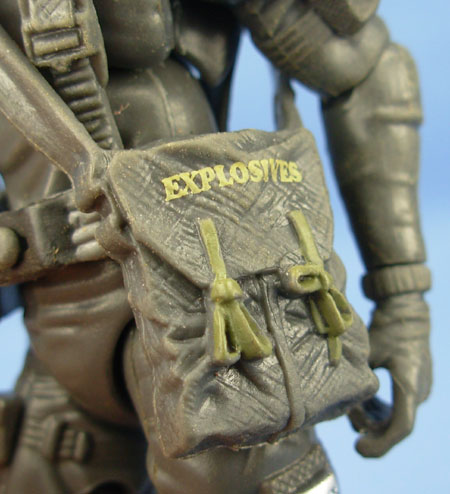 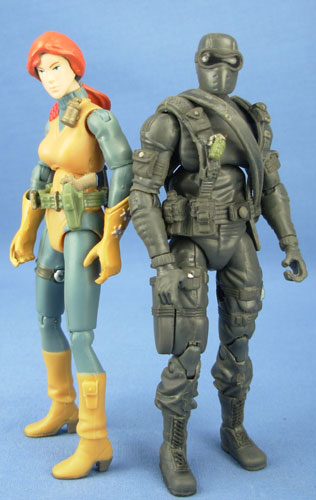 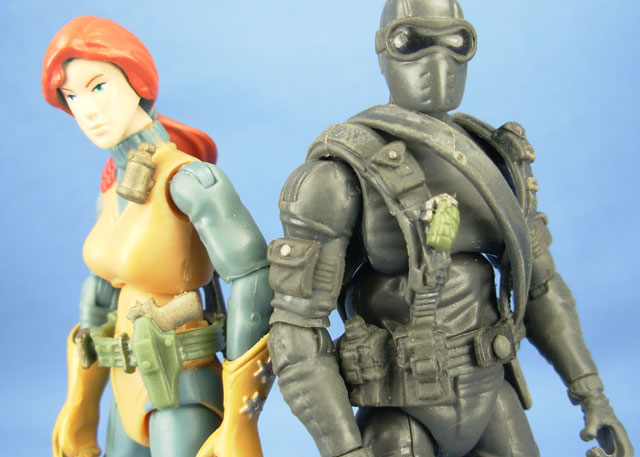 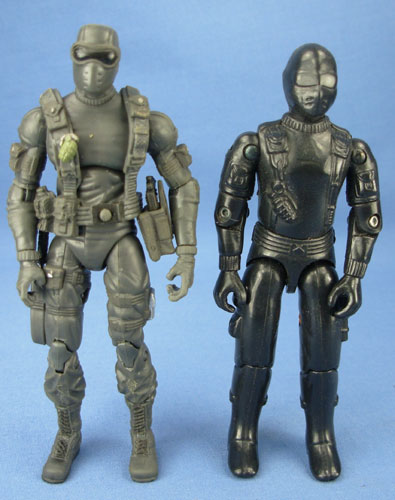 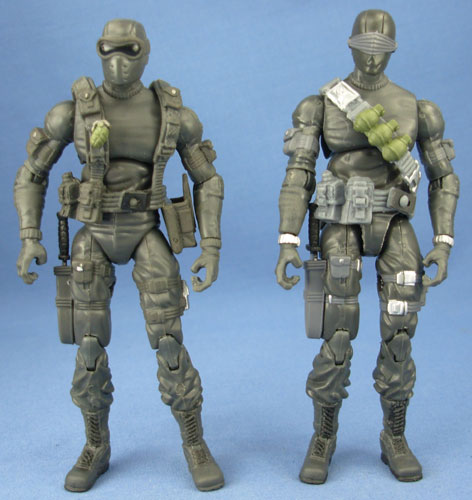 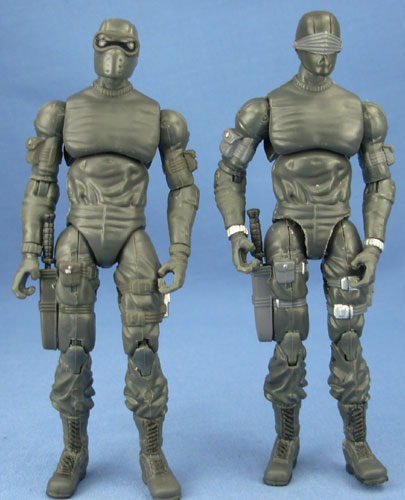