Scarlett had the dubious distinction of being the first 25th Anniversary figure that was available out there on the market and as such, she got some pretty heavy focus before the line hit mass retail. My previous review is viewable here. Because of the review I've already done, there isn't a whole lot more to say. The benefits of this figure are the same as I reported in the previous review, only she gets a few more bonus points for her great belt that we didn't have in the test shot version. The plastic used is also of much greater quality with this figure than the previous version I had. 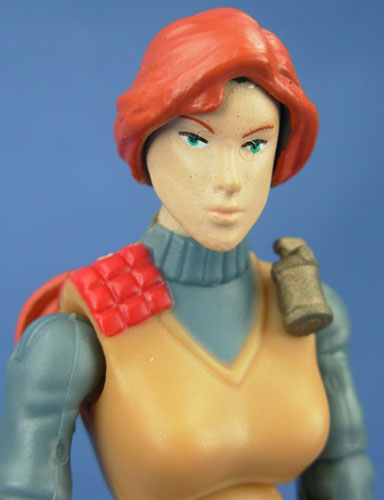 Her head sculpt is pretty good, all told. It has a slightly animated look, but not so much that it completely stands out amongst the other Anniversary figures. Her hair is detailed to the extreme, and I really like the swept ponytail down the back. Some folks have had bad things to say about hair that is somewhat dramatically posed, but it's not nearly as bad here as it is with The Baroness, and I can live with it. It really doesn't take anything away from the figure at all.

The rest of the figure looks terrific from a sculpting standpoint. Quilted material around the neck adds a great touch of detail, and the overall sculpt looks female, which is a good thing. There are slight textural differences in the tights and the uniform over it, which really helps the figure look authentic. Her right shoulder pad is just as it should be, and I love how the swivel is incorporated into her gloves. That keeps a great swivel point, but maintains a strong aesthetic appearence, too. She's got her two throwing stars on her left glove, her trusty sheath on her right leg, and looks just as if she stepped off the pages.

So, as usual with this Anniversary line, from a detail and sculpt standpoint, this figure really stands out. She looks terrific...easily, in my opinion, pretty much the best sculpted female of the Joe line. However as all of us Joefans know, sculpting is only part of the game. With a lot of collectors out there, a heavy weight is placed on how the toy looks, with articulation being secondary, but that has really never been the case with the Joe fandom, so figures like this do get slight downgrades.

First of all, her torso leaves her with a slight "hunch". I'm not sure exactly where the structural issues are, and I haven't taken the figure all the way apart yet, but at the moment, it's just tough to get her to stand straight upright. As such, some more dramatic poses are a bit tougher to accomplish. Of course, she also has these hip sockets that are extremely restrictive. She has decent lateral movement, but she cannot sit or kick straight ahead. She has some trouble getting into some more exaggerated battle positions as well. This is an ongoing issue with the Anniversary line so far, but it really shows itself badly with Scarlett and The Baroness. If the figure is just standing on a shelf looking pretty, than you've got an absolute home run here...if you really want to pose her, though, you're going to run into some issues. She feels pretty durable all told (much more durable than The Baroness) so besides these articulation problems, she has a high level of "playability". 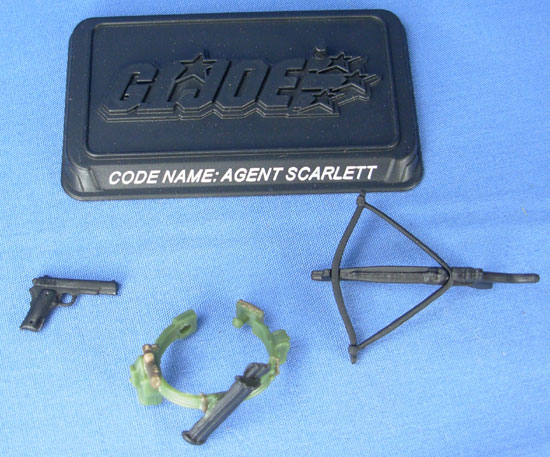 One thing I didn't get a chance to explore with my last Scarlett review was her weapons, because she didn't come with any. I'm happy to say that her weapons are pretty darn good, though they do miss out in some spots. Her main weapon, as it should be, is her crossbow. It's a much more modern style crossbow than the one she came with originally (which makes sense, since it's now twenty-five years later). The crossbow LOOKS great but unfortunately the bow and string part of the bow just has a hard time straying in place. There's a notch in the stock where the bow slips in, but it just doesn't stay really securely.

She also comes with a small pistol and a very nice belt. The belt is just terrific. It has a holster with enclosed pistol (not removable) and a sweet quiver on the back of her belt to hold some spare crossbow bolts. A selection of accessories that makes sense and looks pretty good. I'm a bit bothered by the crossbow, but from an appearence standpoint, things look good. 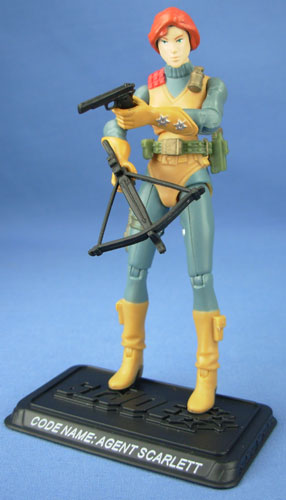 The name of the game for the Anniversary line appears to be a focus on sculpting and design, which makes a lot of sense to me. That's where the collector's attention is these days. Thanks to DC Direct, McFarlane Toys, and other mainstream toylines, an attention to aesthetics is at an all time high. Thankfully, unlike McFarlane and DCD, the Hasbro design team didn't sacrifice too much functional articulation to maintain a good looking sculpt. Did they sacrifice too much for many Joefans? Yeah, they definitely did. Hip articulation (and in some spots, elbow articulation) are pretty critical junctions of movement, and having limitations there is going to bother some folks. It's going to bother a lot of folks. But as the days go by I see more and more Joe fans with a very positive reaction to these figures once they get them in hand, so perhaps it's not such a "make or break" aspect as people think?

Regardless of your opinions on aesthetics vs. articulation, you can't argue that we're getting some Joe figures that look darn beautiful. To many folks that's not enough, and honestly to me, I prefer functional articulation over appearence, too...but I can definitely sit back and appreciate the absolute crazy level of detail these figures have in their sculpts and can give Hasbro some serious props for that. These figures look terrific. 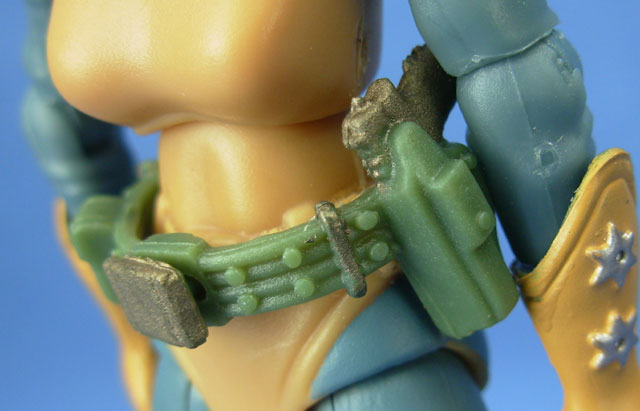 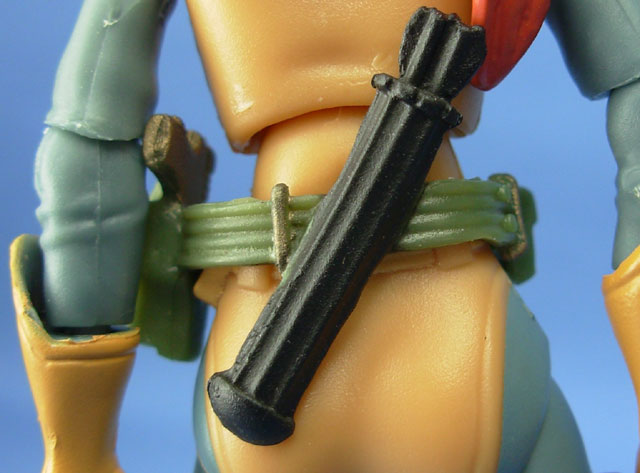 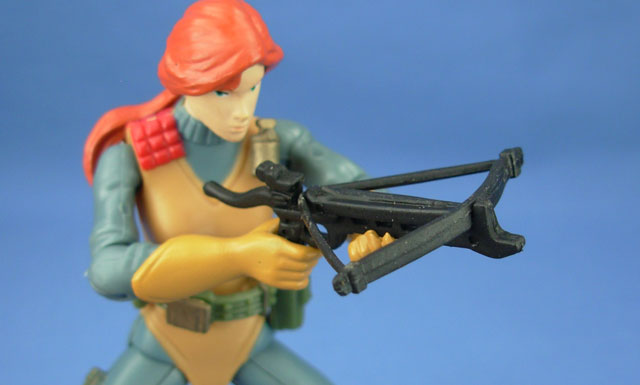 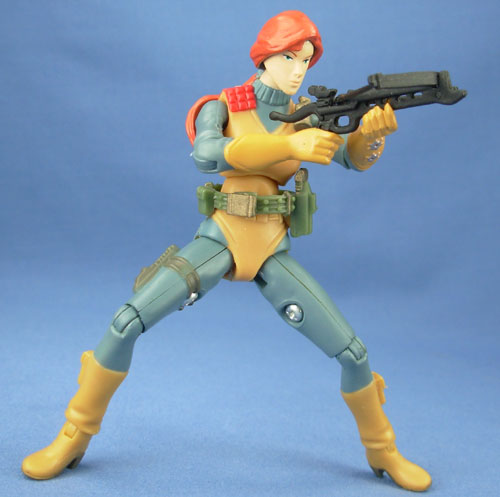 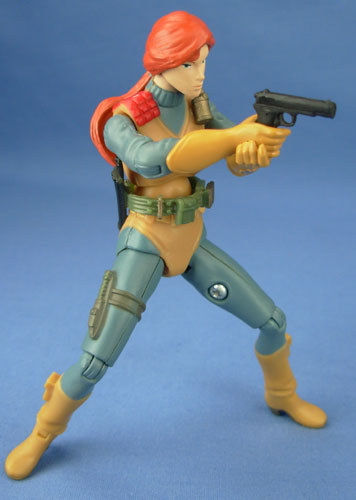 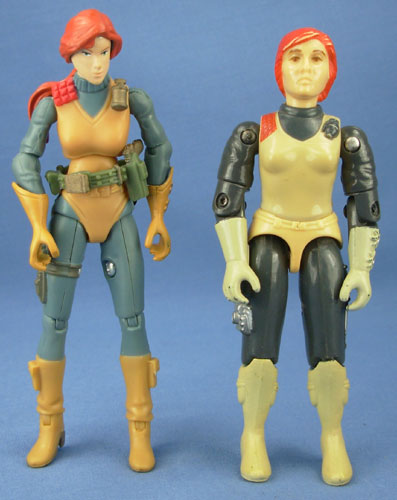 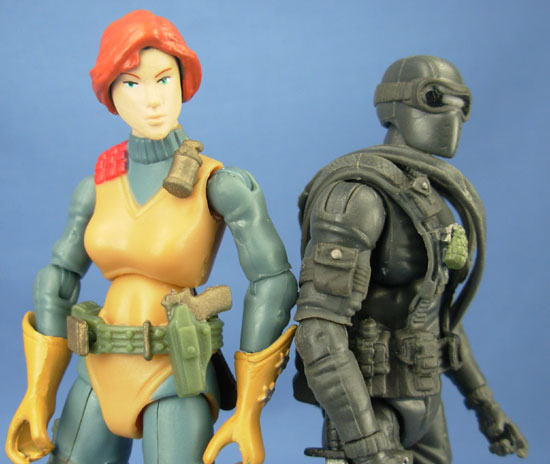 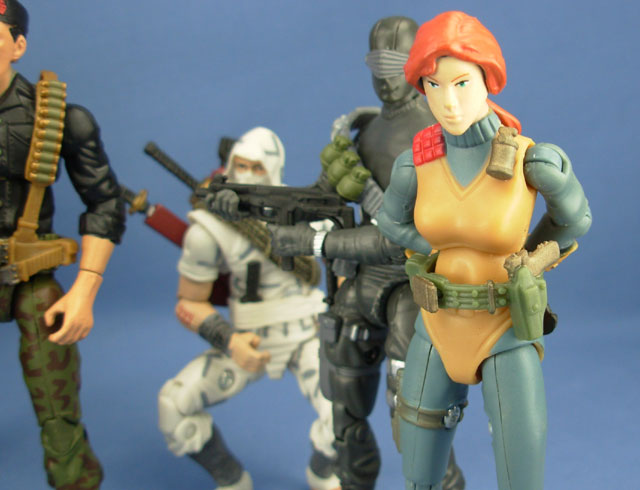 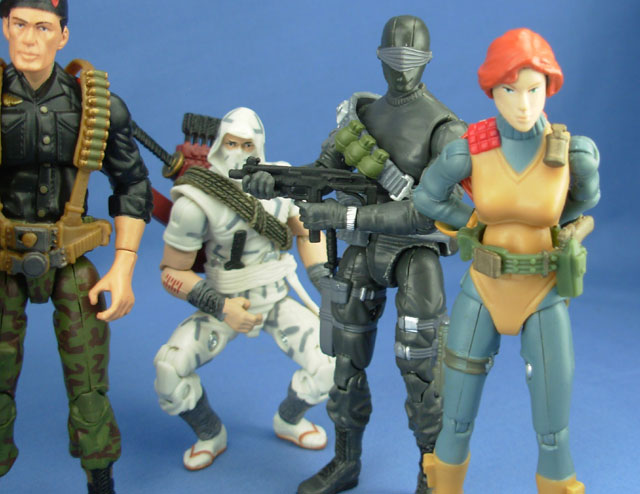