I talked a bit in the Duke review how I was surprised at the negative press some of these figures were getting when I just had my COBRA pack and hadn’t seen any obvious flaws.  Well, Duke seems to contain the most obvious flaws in my mind, thankfully the rest of the set is a step in the right direction.

From an overall design standpoint, Gung Ho is about as close as we’re ever going to get to his iconic, classic look.  The open vest, Marine Corps tattoo, blue camouflage pants, it’s all just how Gung Ho looks.  Sculpting and detailing is terrific on this figure as it is throughout the rest of the anniversary line.  His head sculpt is insanely well detailed, his torso musculature looks imposing, all the way down to the holster on his right leg and the grenades on his other.  Looking purely at the sculpting, this figure looks impressive to say the least.

But again we do run into some minor articulation and motion problems, though thankfully not as bad as Duke.  Gung Ho’s elbows are bit restricted in motion, but if you turn his lower arms a bit different than the upper ones, you can get enough range of motion so he can at least hold a weapon with two hands, which is better than you get with Duke. 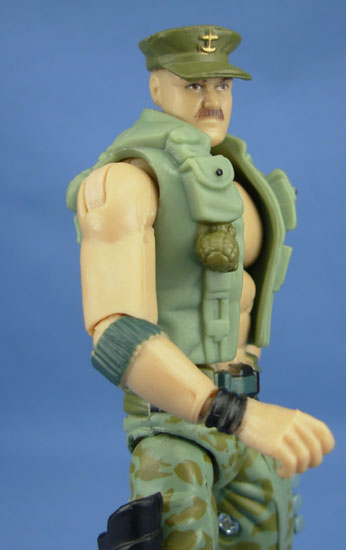 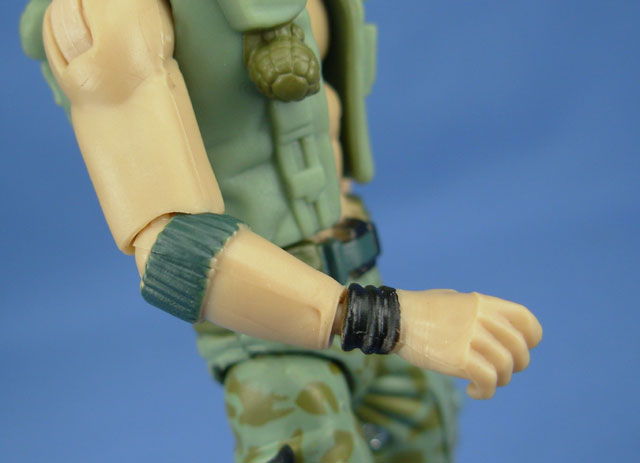 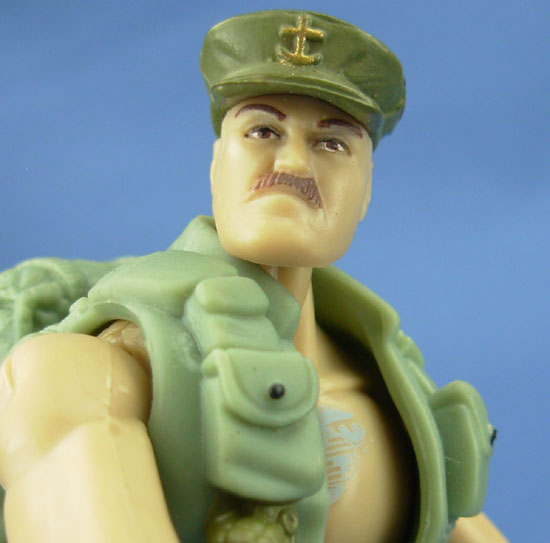 Gung Ho’s head sculpt is pretty nice, I think, with his familiar bushy moustache and Marine hat.  I do wish the hat was removable, but no big deal, really.  The torso sculpting looks really great, I think, even with the mid-torso joint wedged in there.  The tattoo is proudly displayed and the entire figure looks great from a sculpting standpoint.  Just don’t look at the side of his head, because it definitely looks a little funky with the way the head connects to the neck joint. 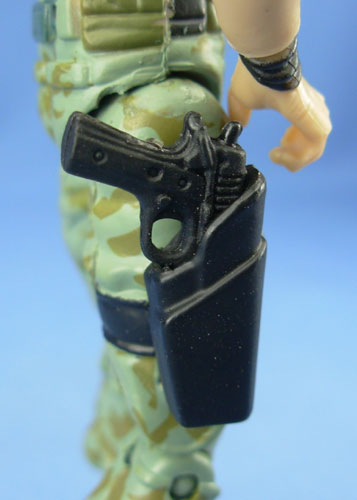 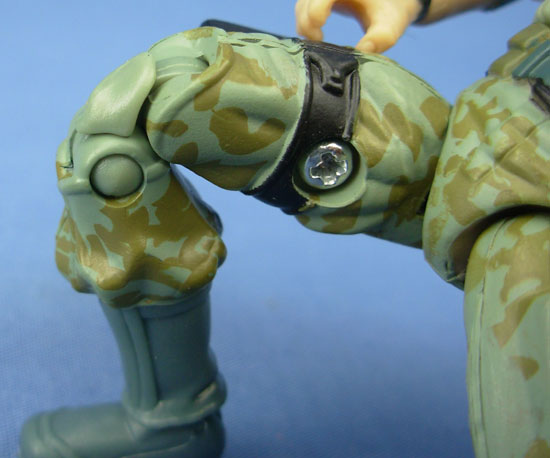 His legs all work well, too, with the aforementioned holster and grenades, plus the double-knee articulation that adds some great articulation, however he has those limited hip joints that end up taking it back away again.  His colors are a pretty close match for the original Gung Ho, which is cool in a way, though I do wish he had the more jungle-friendly green camouflage that some of the early samples had 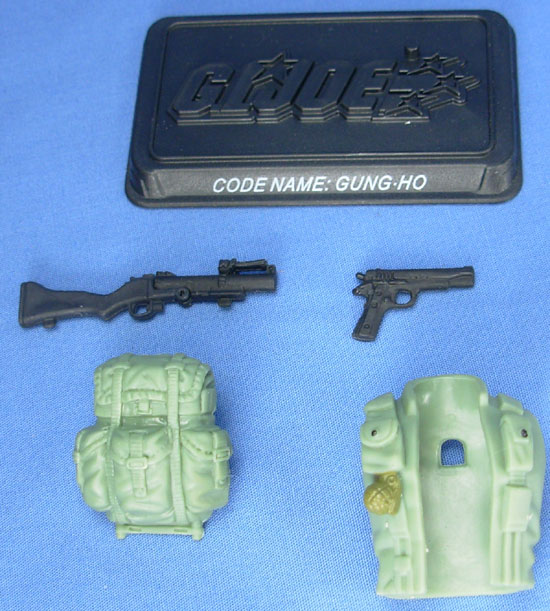 From a weapon perspective, Gung Ho ends up a bit mixed.  He comes with a very highly detailed backpack that is great, but not compatible with the old style figures.  His pistol fits well in the holster, and on the surface, that Grenade launcher LOOKS awesome!  The way it flips open and the site opens is just too cool for words.  But it feels very flimsy and like it could fall apart at any moment.  A great weapon to be sure, just not comfortable with how flimsy it is. 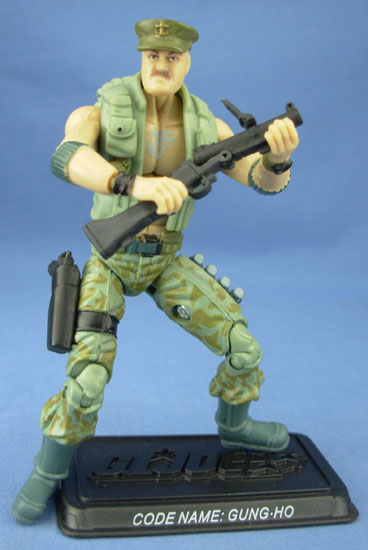 All in all, thanks to Fred’s review over at JBL, I was not optimistic at all waiting for Gung Ho.  I ended up a lot happier with him than I was thinking I would be.  The arms aren’t as bad as Duke, and I’m prepared for the hip articulation, so the rest of the figure was actually a somewhat pleasant surprise.  By looking at the figure, I’m immediately impressed by pretty much everything, but again, it feels like movement and articulation were set aside at least a little for aesthetics, which just rubs me a little bit the wrong way. Thankfully, that does not affect the actual quality of the toy. Gung Ho still feels exceptionally solid, well made, well constructed, and sturdy, it's just with how some of his parts move that set me back a bit. 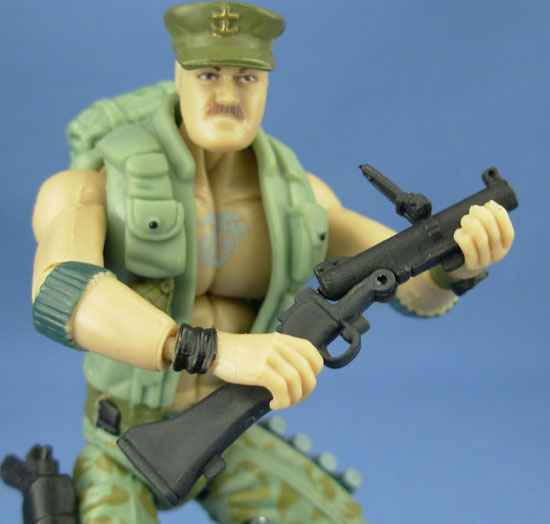 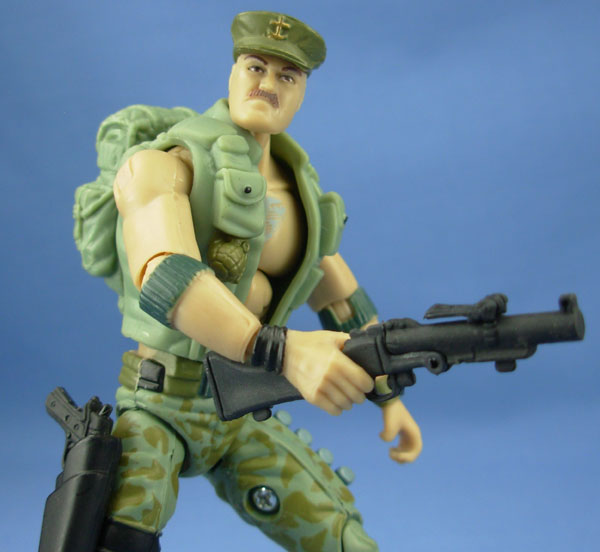 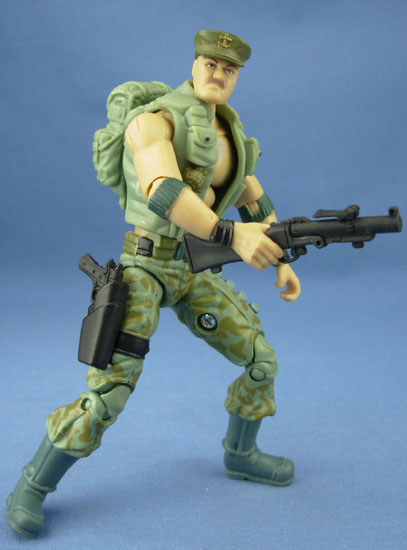 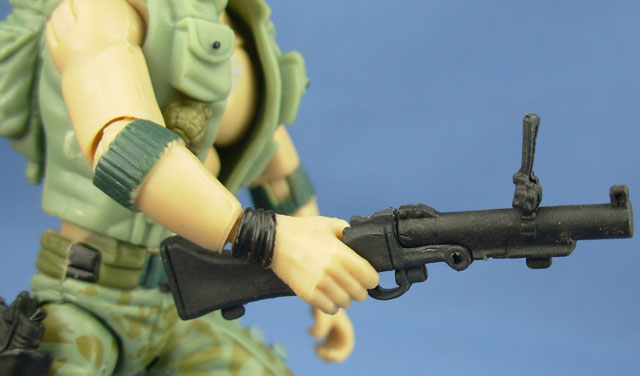 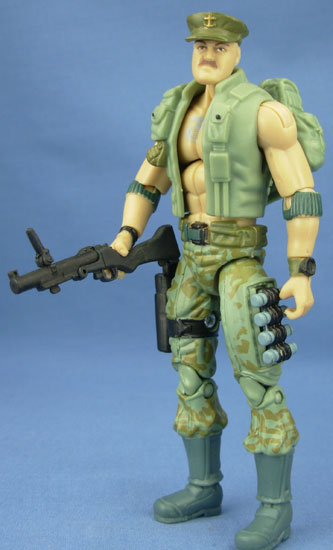 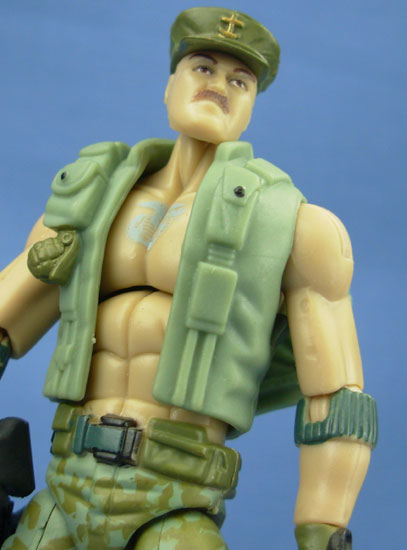 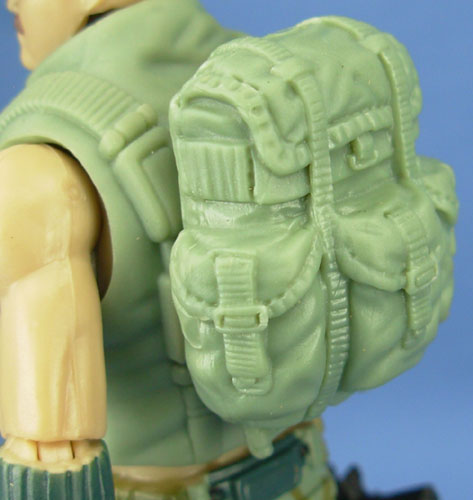 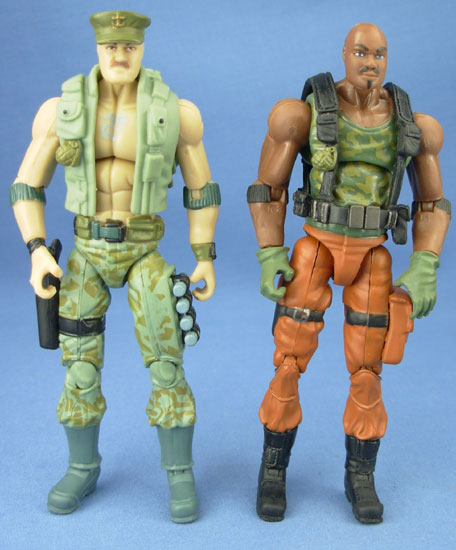 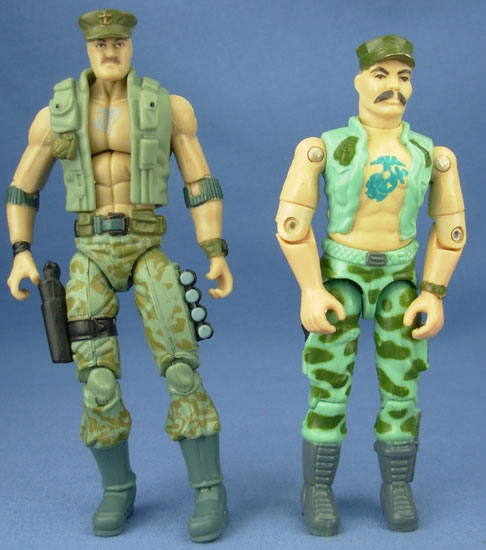 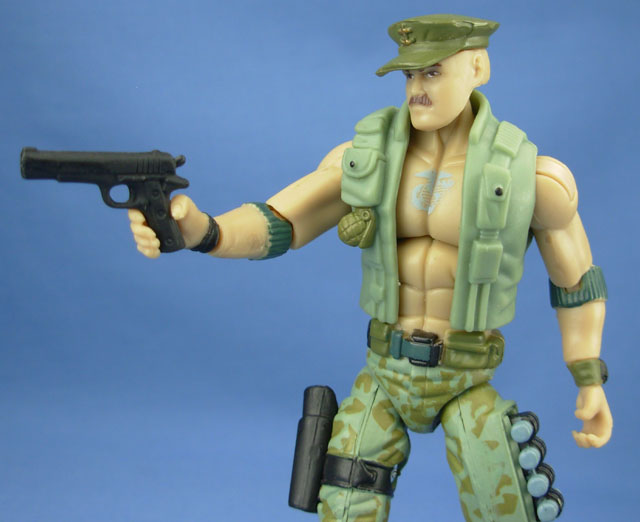 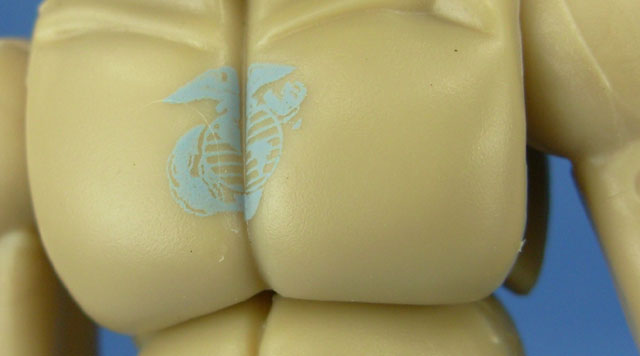 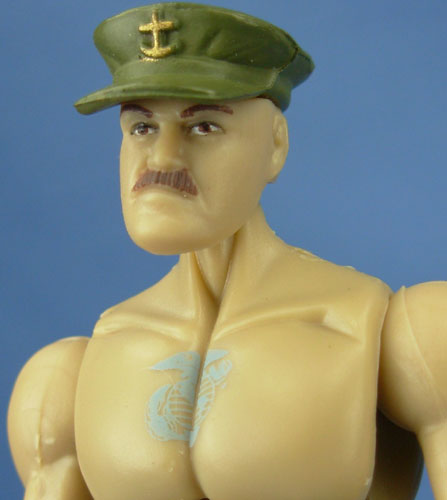 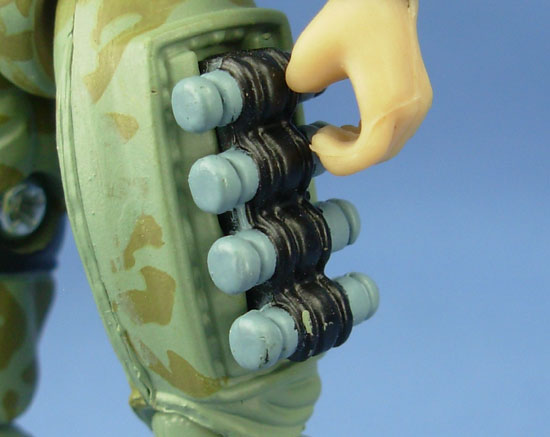