Like Dr. Mindbender, Flint was originally seen in the very stylistic Wave 3 series of Joe Vs. Cobra. That wave seemed to take the figure's first incarnations and build them up, making them extreme, for the lack of a better term. In some cases it worked (Beachhead, Snow Serpent) and in some cases it didn't. Flint...well, he doesn't work all that well.

As I said in my Wave 3 reviews, I like this figure. I kind of dig this new stylized look, but it doesn't really fit in with the rest of these waves. Especially with the new stuff in Waves 5 & 6 getting a lot more realistic, insanely huge feet, skinny waists and odd proportions are going to have less and less of a place. Flint is an overall interesting figure, but one that would be tough for me to use in a real life setting.

The same applies to this figure...while he does have an interesting new color scheme, that doesn't really make up for the odd shapes of this mold. The odd green shirt and dark camou are pretty cool color schemes, but altogether this figure fails on the same level as it's predecessor. Either one of them is definitely interesting, but just not a viable candidate in my personal universe. The new weapons with this new Flint do help, though...the rubberized backpack is neat, but that weapon is a little on the strange side. Still, it's different. but different isn't necessarily better. :)

Granted, in my universe, Flint doesn't get used a whole lot, but still, it is nice to have a decent Flint figure, since he is the centerpiece in many a Joe universe. I think Hasbro has a little ways to go to get a decent new sculpt Flint, but they are on the right track, although this one is definitely a step backwards.

Even with a couple interesting new accessories, this Flint is not a necessary figure to get, in my book. Unfortunately, he comes with a new sculpt Cobra, Blackout, who has really great potential, so many people will end up with one in their collection. If not for Blackout, I'd say avoid this pack at any costs, but Blackout definitely makes this pack worth buying. 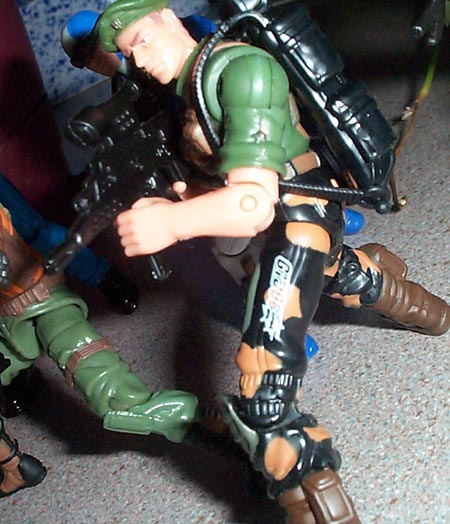 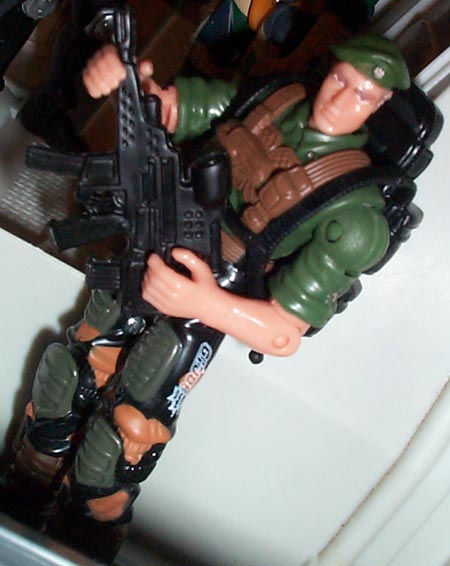