It seems fitting to me that two of the vehicles in this first wave from Hasbro are two vehicles that were my first two as a giddy 8-year old as well. The VAMP and the RAM. Back in the day, both vehicles were definitely early favorites, but both vehicles also had their share of flaws...Hasbro manages to resolve pretty much every single flaw I could think of in one fell swoop.

G.I. Joe instantly got a unique and easily identifiable vehicle straight off the books with the VAMP, a familiar state-of-the-art attack vehicle based strongly off the Lamborghini Cheetah. These are the little things we all love about G.I. Joe, the way Hasbro takes future concepts or very modernized vehicles and works them into a modern day arsenal for a top secret military force. It's futuristic enough to fit the science fiction element, but it's realistic enough to work in a modern day military setting. But this was the case twenty-five years ago as well, what has changed since then? 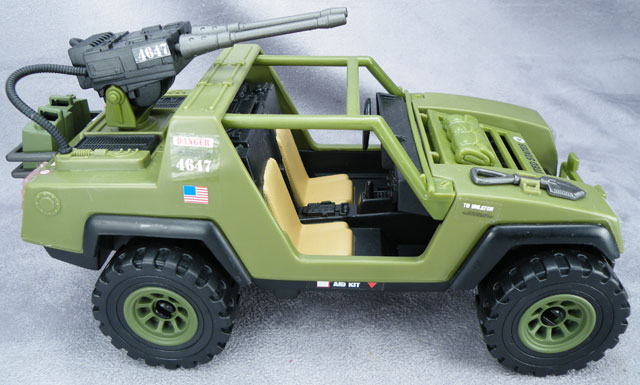 Honestly not much has changed from a straight appearence point of view, as the VAMP looks largely the same. But there are enough cosmetic and functional changes that it really brings new life to the VAMP and while it maintains the same cool and classic design aesthetic, it adds enough modern flairs to make it a really cool modern day attack jeep.

First of all, Hasbro changes up the hood a bit, giving it the ability to open (much like it has since the Desert Striker version), but then they also added some color and a removable shovel and sandbag. These added details (as opposed to the simple sculpted on detail previously) make a lot of difference and are both very cool touches. The rear cage is pretty much the same from what I can tell, only the gas tanks appear to be newly tooled as well, and tooled far better than the previous ones. Much more detail.

However, where Hasbro really nails it with the VAMP re-release is with the gun turrets. By making a few minor changes like enhancing the gun barrels and adding the ammo hoses, the designers really managed to soup up the flash and flair of the jeep and make it look all the more impressive. It always seemed like it could pack a bit of a punch, but with these reinforced twin turrets on the back, it now looks like it can deal out some serious punishment. Hasbro managed to take a dated, twenty-five year old vehicle that I had no real love for and turn it into an almost relevant, modern-day assault vehicle, with a few minor tooling tweaks. Excellent work. 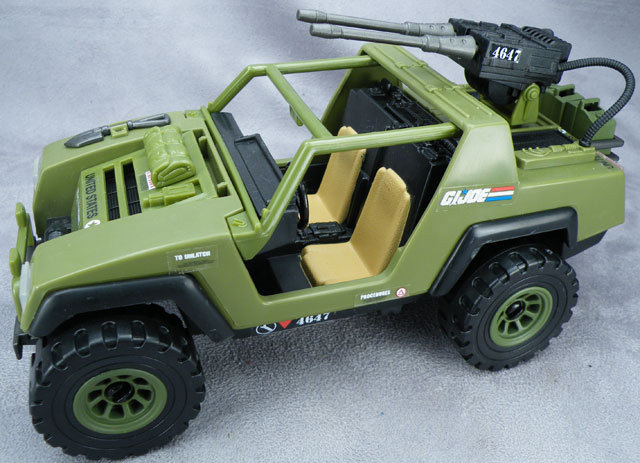 Clutch has been a pretty central character in the G.I. Joe comic mythos for a long time but hasn't really had a decent figure to go along with it, in my opinion. The original had the familiar reused parts, which I really hated back then because Clutch definitely had a unique look. The Mega Marine version is one that I loved, but not many other people did. We got a pretty decent version with the Valor Vs. Venom one, and both the Comic Pack and Convention Set had servicable versions, too, but just weren't perfect. While the Anniversary one is far from perfect as well, it manages to capture the essence of Clutch rather nicely. 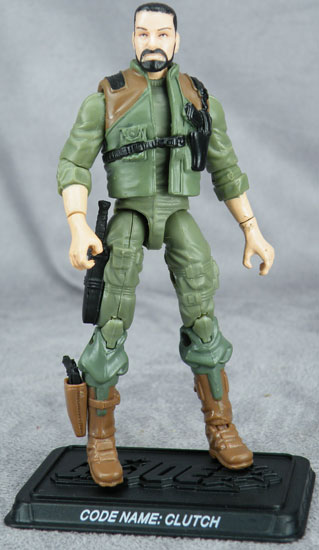 Now I'll say right off the top that I'm not sure which figure first got these new legs, but I'll attribute it to Clutch, just because. They are a great addition! I love the newly sculpted pants and boots with the ankle holster and leg sheath. The new legs are a very nice distinction from so many of the other typical Original 13 guys that all blend together. Clutch also has a separate vest, which resembles his classic version pretty well, even though it's not quite spot on.

I'm not real thrilled with the head, if only because he still has that beard. To me the 5 o'clock shadow really captured the somewhat rebellious nature of the first Joe vehicle expert, and the full beard kind of misses the mark a bit. It was a complaint I had with the original, and that still stands here. I know folks would argue that the original had a beard, so the tribute version should as well, but I disagree, especially considering that Breaker was released without one. Sure this Clutch has a thinner beard than he did back in the day, and for that reason the figure is still pretty decent. I could continue to rant here about the dreaded Duke arms, but I'm sure everyone has gotten the point by now.

I'd say overall, while Clutch doesn't use an overabundance of new parts, the parts he does use are used very well and the figure overall is quite successful. Probably my favorite figure of this batch of vehicles (followed very closely by the HISS Driver Commander). He's got a small allotment of accessories, but more importantly is that he looks the part. So even with so many reused parts, and with his bearded head, I can still find plenty to like about Clutch, and I'm very glad he fills a hole in the Original 13 collection. 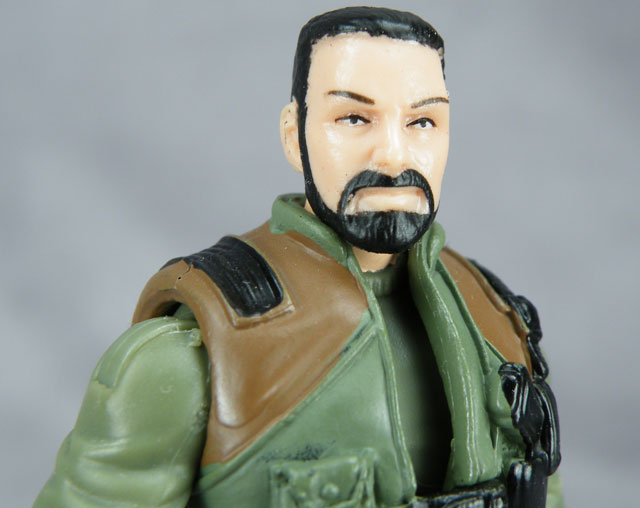 All told, the VAMP and Clutch are far and away the gem of this first wave of vehicles. A GREAT vehicle that really made me fall in love with the VAMP all over again (after I had paid zero attention to it over the past twenty-two years or so) and the driver is pretty nice as well. A great introduction to a new way of vehicle design and production, here's to many more! 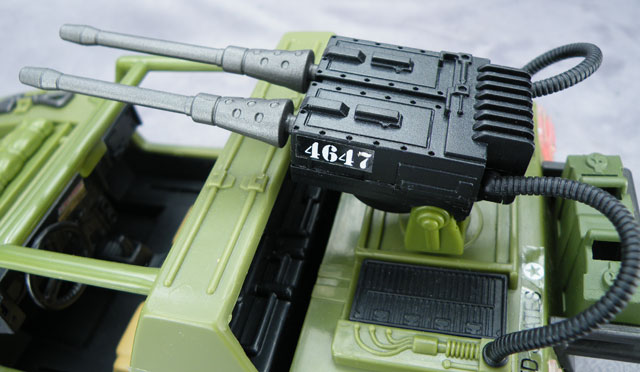 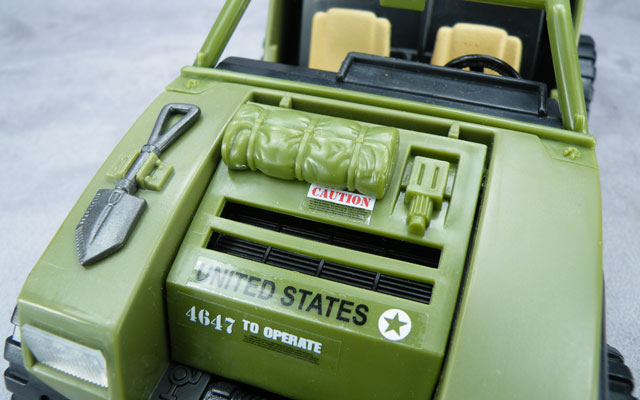 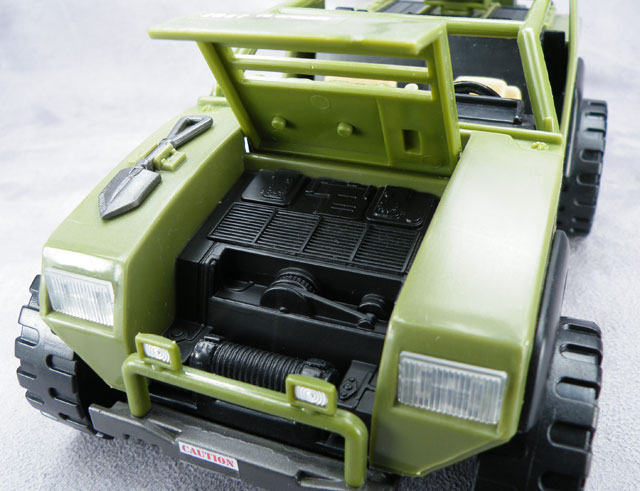 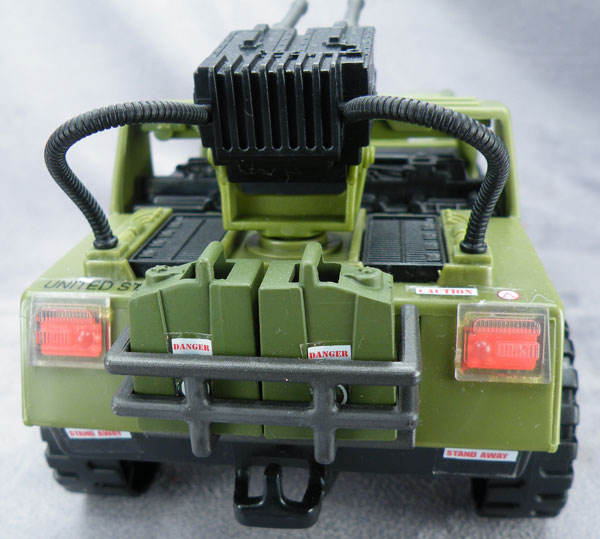 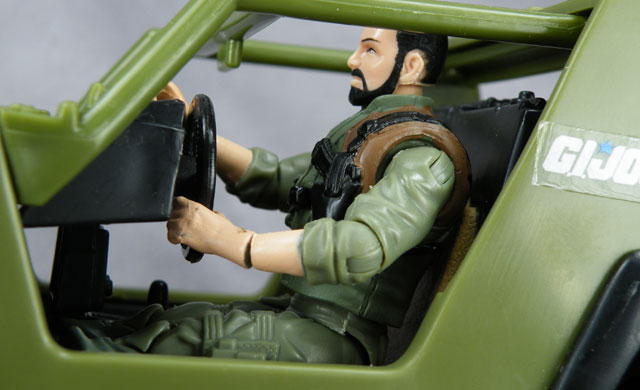 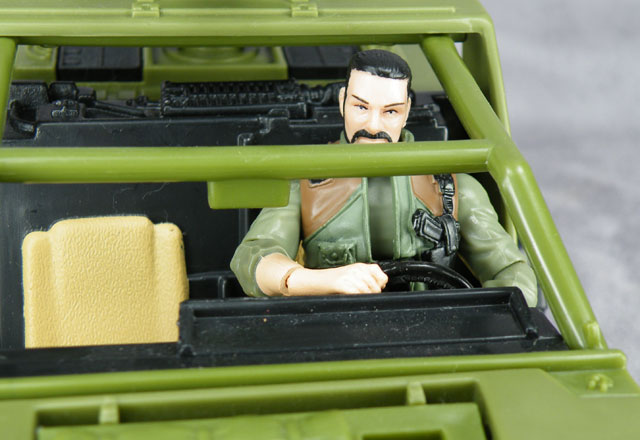 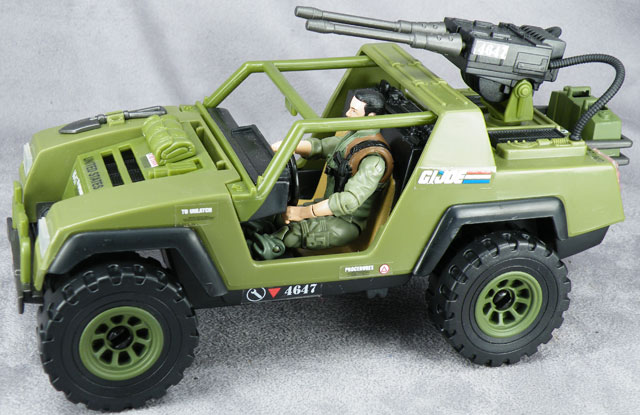 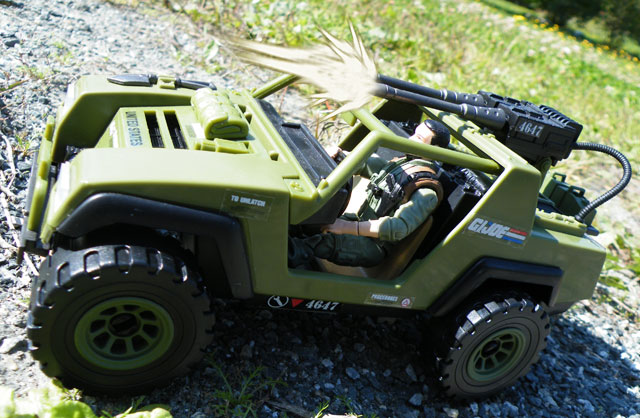 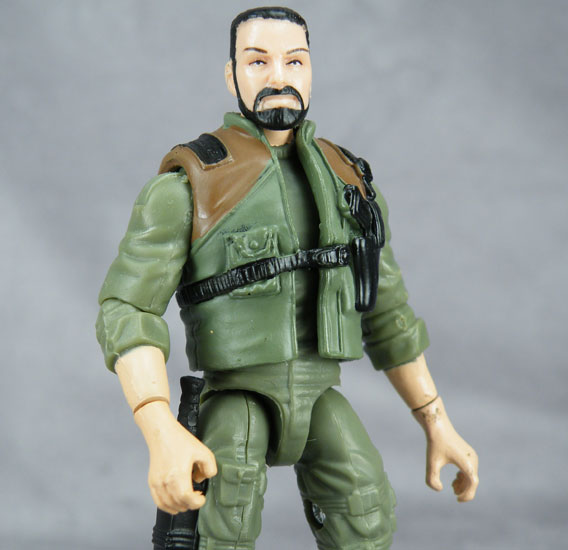 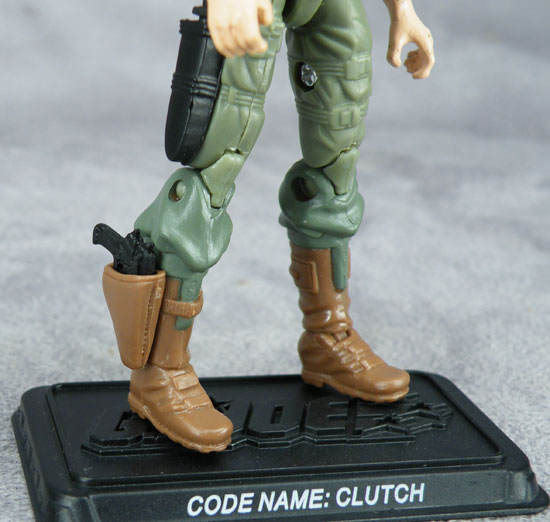