Really, what is there that I can say about the HISS that hasn't been said countless times already? It's a timeless vehicle, one of the most unique and identifiable designs in G.I. Joe history, and it's a staple of every COBRA Motor Pool. However, it's also been released a half dozen times in the past few years, and while it's nice to see it "Back in Black" it's still kinda tough to get really excited about it. 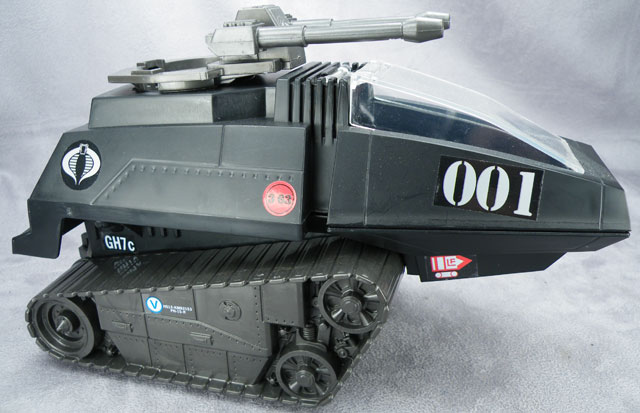 Yes, the HISS has always looked best in black, in my opinion, but let's face it, it first appeared in black almost twenty-five years ago, and very little was done to improve it for this latest release. There are some different stickers, and obviously certain parts were retooled to accomodate the 25th Anniversary figures, but beyond that, it's kind of "more of the same".

Is it too much to hope for a truly updated more "state of the art" HISS tank? Something along the lines of the DTC HISS, only with some nasty gun barrels instead of those pesky rocket launchers? Is that too much to ask for? Heck, at this point I'd take a HISS II in black as well, I think that would look AWESOME. I would buy a ton of those (and I don't think I'm alone). As it stands, yes, the HISS is great, it's the cornerstone of the COBRA arsenal, but at this point it's been done so often and so many different ways, that it's tough to get excited about this one, even if it is finally black again.

There are a few new details to differentiate this version, like some new sticker designs, a nice clear canopy, and some other new things that mostly come from the fact that it's a new toy. But I like to see something new brought to the table, and the vehicle itself doesn't really bring anything new at all. 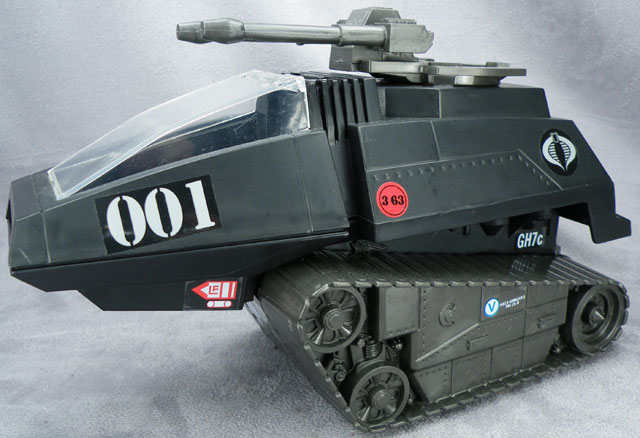 As much as I'm not a fan of the HISS itself, however, I am a BIG fan of the driver that it comes with. I was never really in love with the HISS Driver back in the day, though it's release in Wave 3 this year changed that outlook quite a bit. The HISS Driver really benefits from the Anniversary style tooling, and as cool as the sculpting is for that figure, it's made all the cooler by this new paint scheme that is part Rip-It, part something totally new, and all awesome. 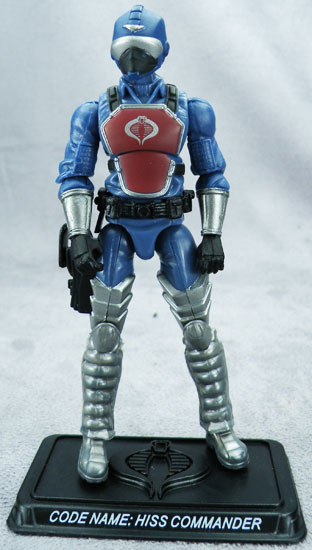 The helmet design is great, and the HISS Commander has a little added crest in his forehead where the original Driver does not, just to make him stand out a bit. The use of the smooth-chested Flash torso and arms was a great one (and I would love to see it for Tripwire), and those new legs are pure perfection. I just love some added "bulk" in G.I. Joe figures, and while the original HISS Driver was pretty scrawny all over, these new padded legs just look great.

The new paint scheme makes a load of difference, too, with a great combination of blues, reds, and silvers that give you a very vibrant look and makes this figure stand out very nicely amongst the more common HISS Drivers. Some great added detail, and a very nice overall figure included with a somewhat bland and unoriginal repaint (barely) vehicle. While the HISS is a fan favorite, I think I can live a full life without getting it again (I strongly suspect the upcoming Arctic HISS will have some nice new tooling involved...) and honestly, this version doesn't move me at all. I love the HISS Commander, but nothing else gets me excited here, so this is a tough set to judge. $15.00 is a lot of cash to not get much new (at least in my opinion) and I'm sure there will be folks buying these by the dozens, I just can't be motivated to do it. I can see why Hasbro released this vehicle again this way, I'm just looking forward to something new and different going forward. Use the HISS as a design base, sure, but do something like you did with the Skyhawk! Give us some great new tooling, some more modernized sculpting, and really give us a HISS to be excited about. We loved this thing twenty-five years ago, but Hasbro has proven they can do it better. So let's do it better. 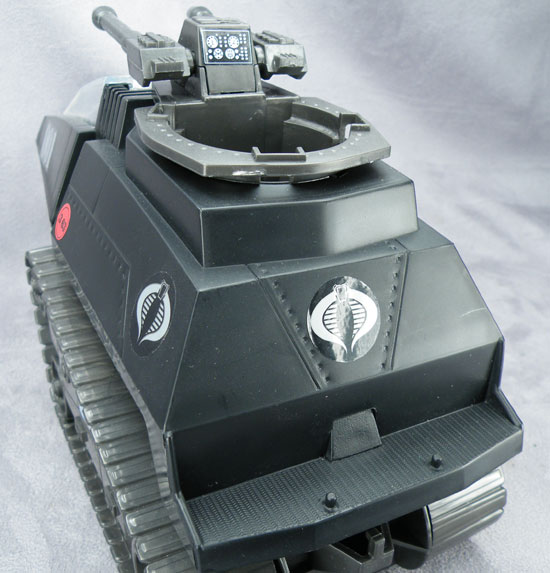 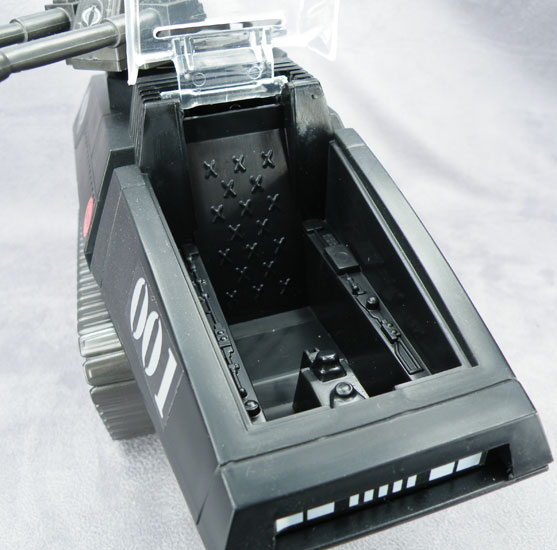 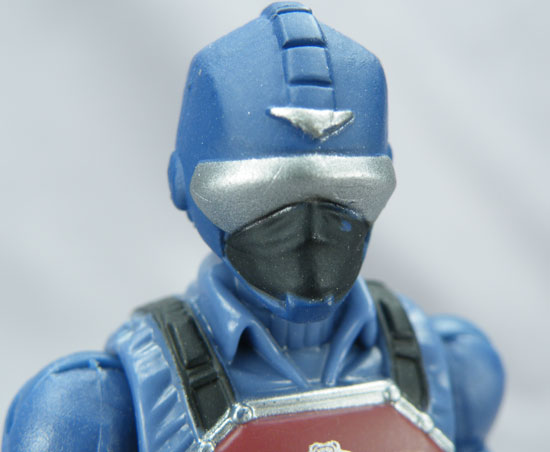 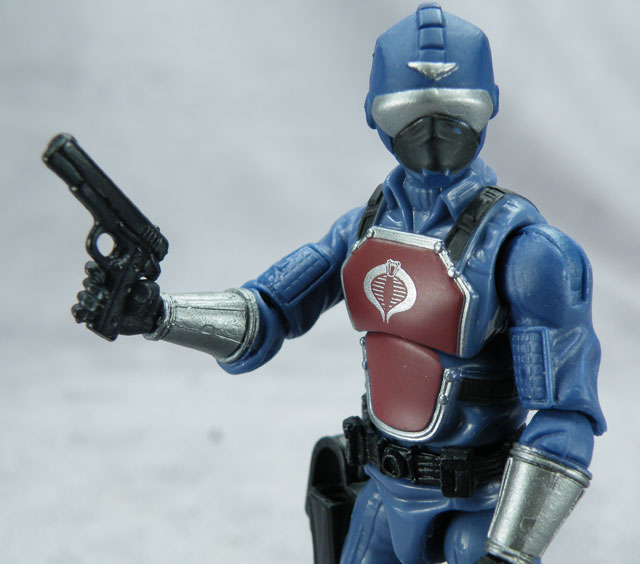 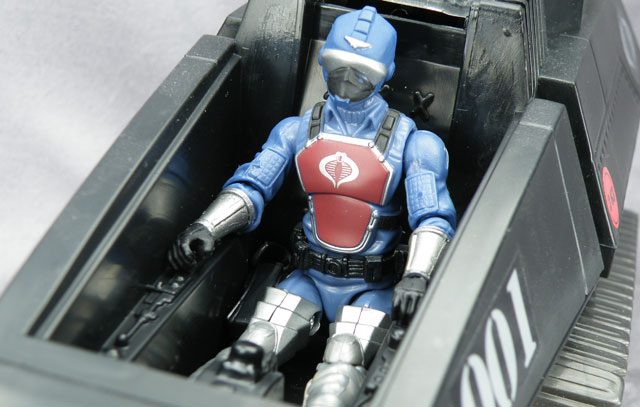 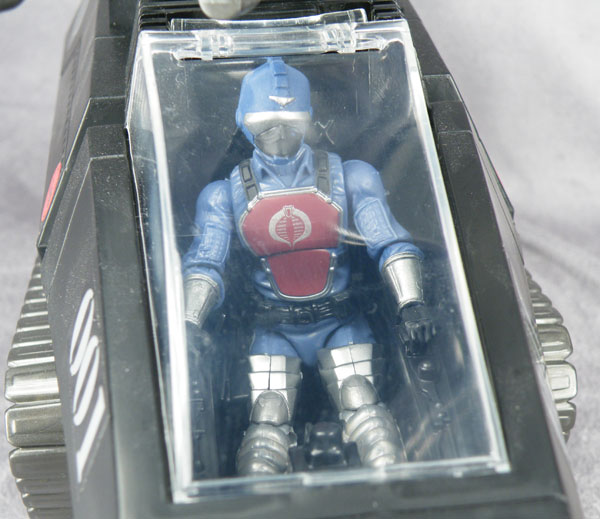