As the Comic Pack line went on, Hasbro utilized it as a method to get previously unreleased figures onto store shelves. As the pegs were stuffed with Duke, Snake Eyes, etc... the Comic Packs became proficient at utilizing existing tooling with some minor changes to give us some new characters, or new looks at existing characters. Even though this particular pack doesn't have a whole lot of new stuff to offer tooling-wise, both figures showcase some nice changes and nice additions to the line.

While I'm not "wild" about Wild Bill really, with his tiny pea-head, his super-long legs, and his funky overall appearence, I do think he's got some merits. The design of his uniform underneath the vest is a nice blend between flight suit and "cowboy", and even though it's fairly different from his vintage look, it works 100%.

But what makes this version Wild Bill really matter is due to the color scheme. Folks who are not familiar with the Sunbow cartoon might cock their heads at a light blue and orange uniform, but for folks who watched the cartoon back in the day understand that Wild Bill wore these strange colors in the Sunbow days, and I love the way the colors look. Of course, these colors don't help his tiny head, but even with the proportion issues, the figure has some great sculpting and detail throughout. His oversized holsters look silly here as they did before, but I suppose to fit the pistols, there need to be some sacrifices. 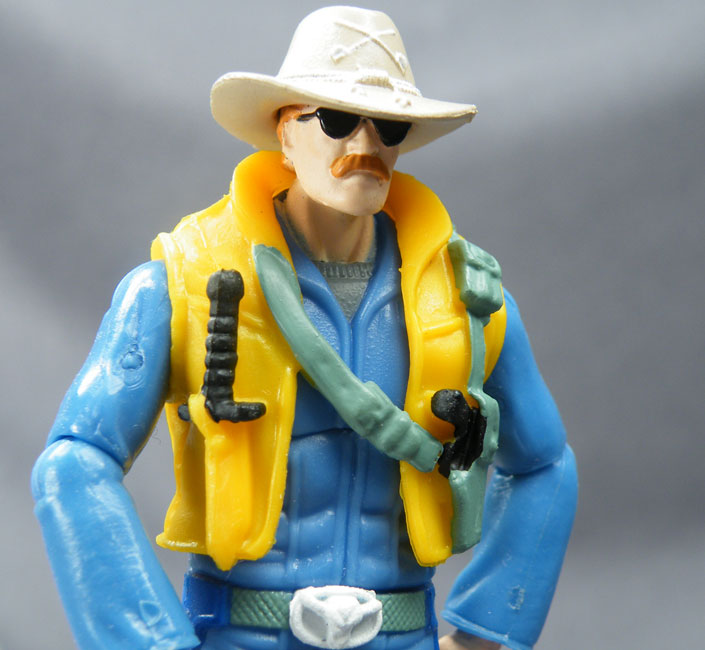 Wild Bill doesn't come with much in the accessory department, with a very nice flight helmet being the only real addition over the same allotment as Wild Bill got previously. That's not to say the helmet isn't nice, it is, but there just isn't a whole lot here to talk about that's new. 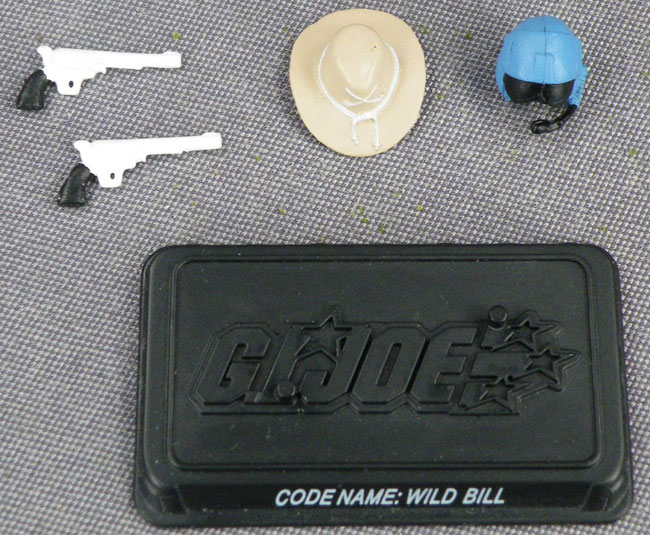 With the pistols in a stark white do look a bit animated in nature (along with the light tan hat) they blend with the figure fairly nicely. Compared to most comic packs, though, Wild Bill comes with dreadfully few accessories. I would imagine, though, at least part of that is due to the massive missile launcher that Scrap Iron comes with. 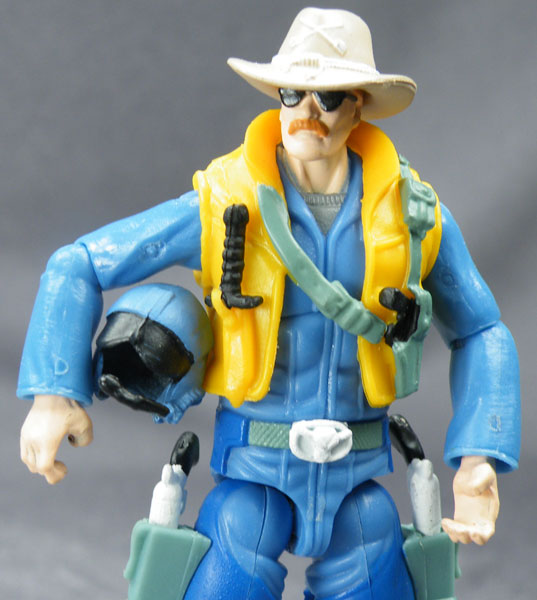 While the Wild Bill figure comes in very appreciated Sunbow colors, his packmate is a familiar character in a very familiar look.

Over the years, Scrap Iron has definitely built up a fanbase, and a character who got very little coverage in the comic or the cartoon as sort of grown a life of his own. Tied to Destro and MARS, the COBRA explosives and missile expert has really grown into a unique character over the years. Another nice aspect is that he fills in the one gap in the impressive 1984 lineup.

Like many of the comic pack figures, Scrap Iron uses a hefty amount of existing tooling from the COBRA Viper and the COBRA Trooper, but with a new head sculpt and vest, this really becomes a unique looking Scrap Iron, who looks remarkably accurate...at least he did until the unreleased Wave 15 Scrap Iron came to light. I really like the sculpting on the vest here, though it's not as countoured to his torso as I might otherwise like. But honestly, how could they do it with this additional part? The COBRA Trooper arms have the same mobility issues as they always have, and I'm not a big fan of the hands. Part of me really hopes that the unreleased Scrap Iron does see release somewhere down the line, just because it fixes pretty much every single flaw that this figure has.

Like many other Anniversary toys, though, where this figure really shines is with the head sculpt. His detailed, COBRA-themed helmet, removable goggles, and deep facial scars are all really nice touches to the figure, especially the scarring. There has never really been any mention of facial disfigurement or scars on Scrap Iron previously, the Hasbro designer took some liberties, and I love that they did it. 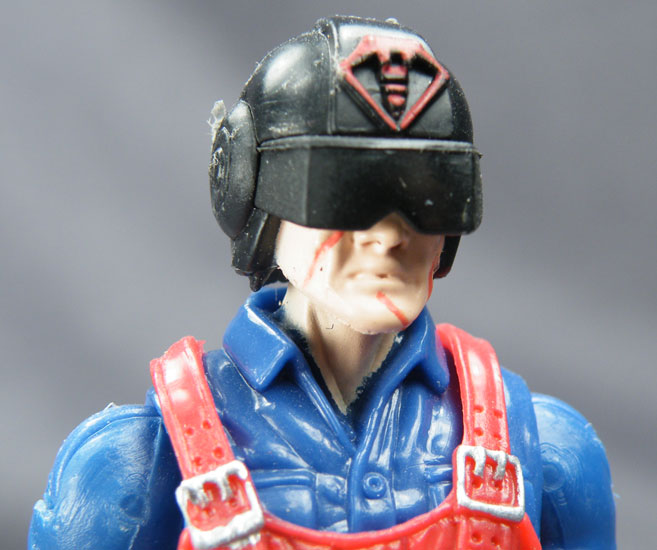 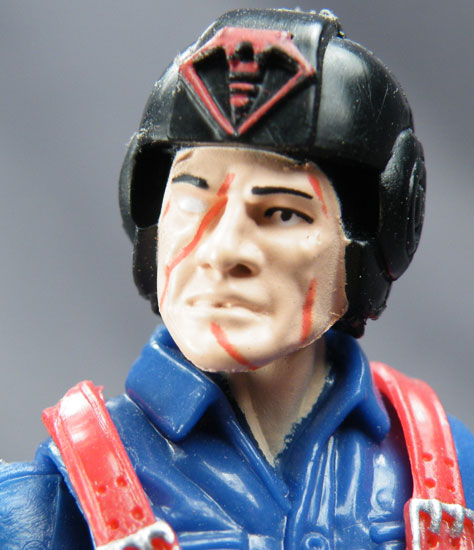 Like his vintage counterpart, the new Scrap Iron comes fully equipped with the missile launcher and pistol that has become so familiar. 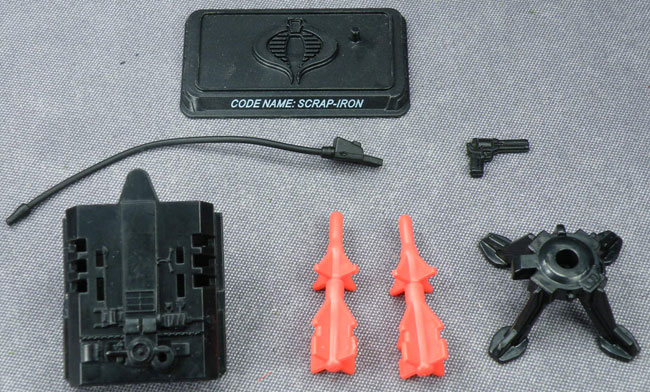 I'm not a huge fan of the rocket launcher, but it's a very unique look and something that has been identified with Scrap Iron for nearly twenty-five years. The cable and remote are fully intact, though the pistol is different than the classic look. One neat touch here is that the rocket launcher has been retooled with a universal peg that will not only fit in the tripod, but also fits into the hole on his back for added functionality. Very cool. 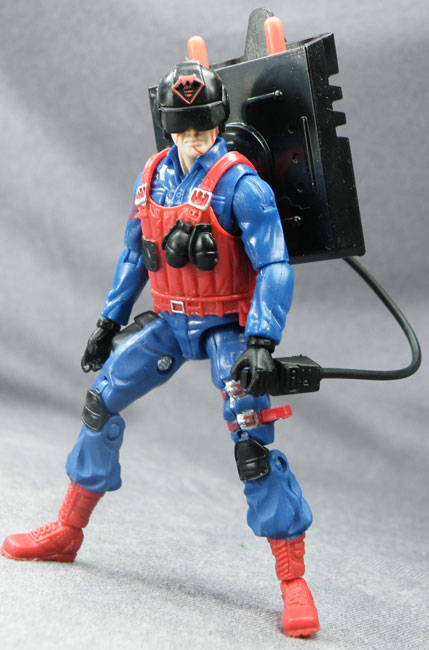 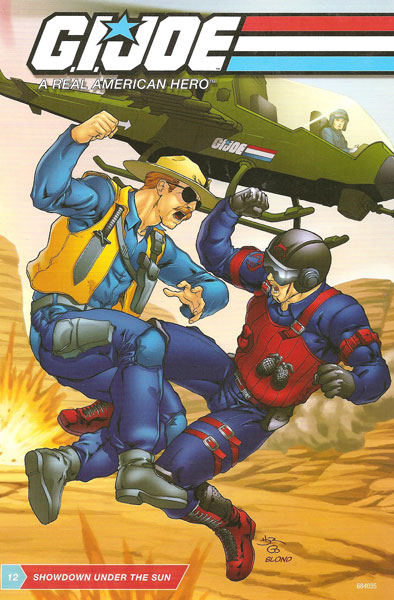 Surprisingly this comic weaves together a credible story where a helicopter pilot and a COBRA missile specialist end up going toe-to-toe, and finds a unique way to tell that story, using radio communications as the only dialog throughout the whole issue. I love the appearences of Airborne, Tele-Viper, Destro, the Baroness, and even Dial Tone (the male version, no less). I was pretty impressed to see that with a larger cast of characters in this story, we still had decent Anniversary representations of almost all of them. The art in this issue was a significant improvement as well. 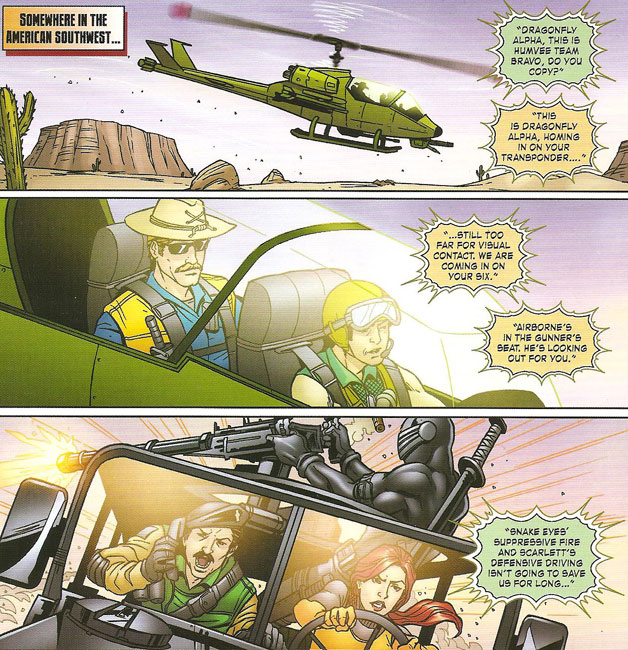 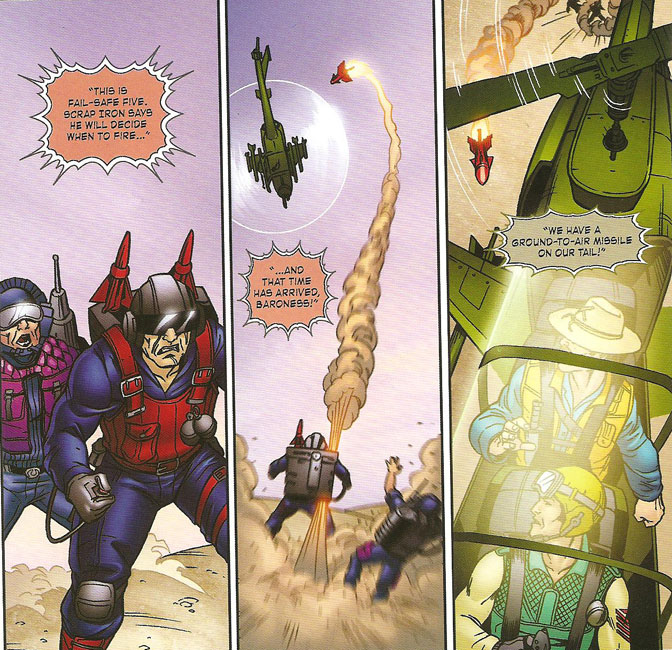 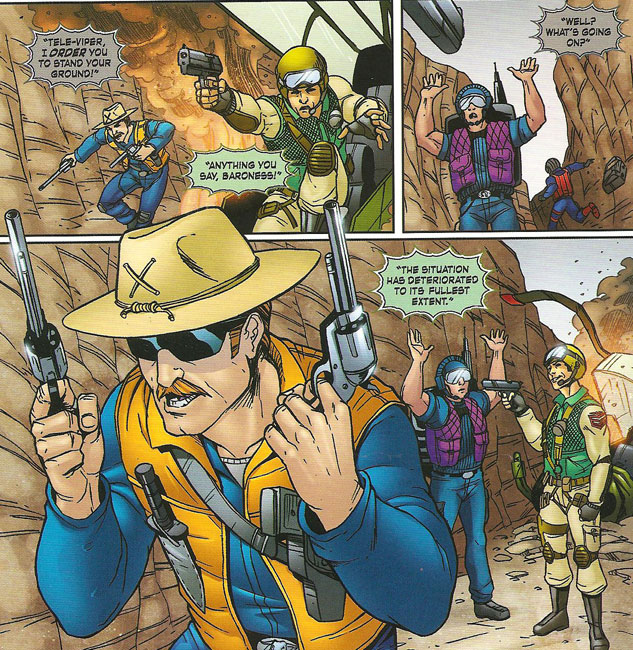 Wild Bill was never a great figure, but I'm glad to at least see him in his familiar cartoon colors, and Scrap Iron is a character that deserves his spot in the Anniversary line. His uniform colors are a bit strange, not really matching any particular shade of blue that previous versions have had, but the overall look of the figure is still very cool.

All told, this two-pack is a nice addition to the line, and fills a much needed hole in your COBRA ranks. Wild Bill is hit or miss, though at least he fills a niche. Scrap Iron, however, is a must have, and Hasbro does a pretty good job. 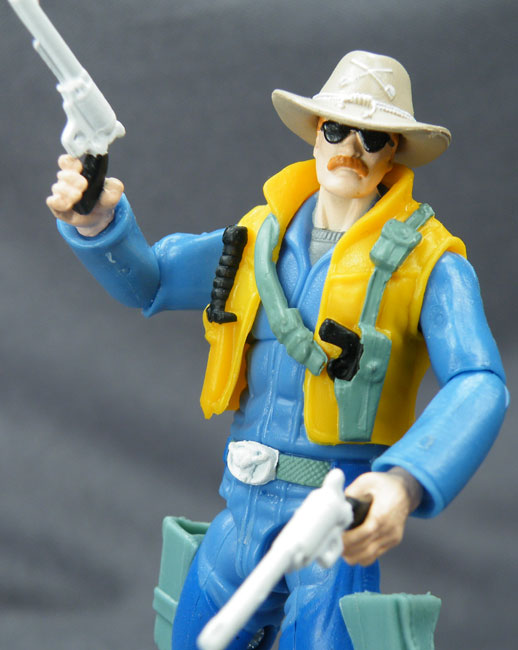 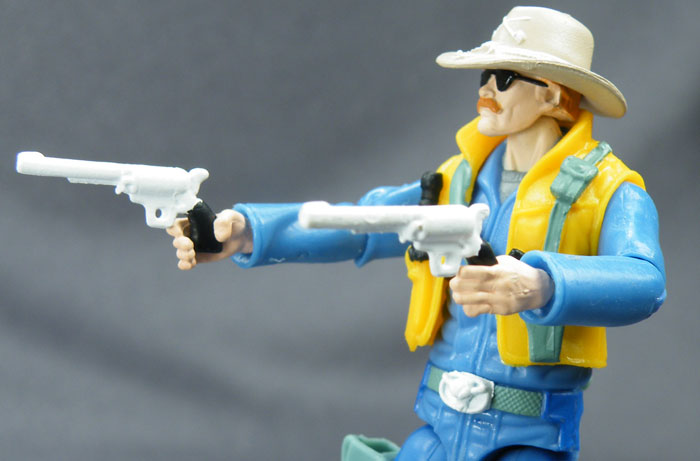 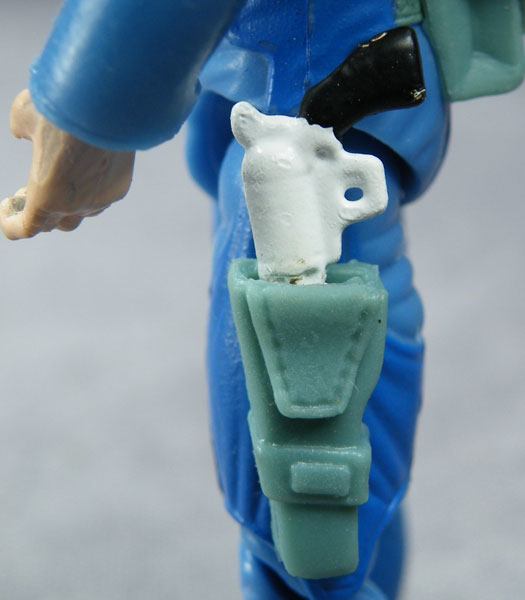 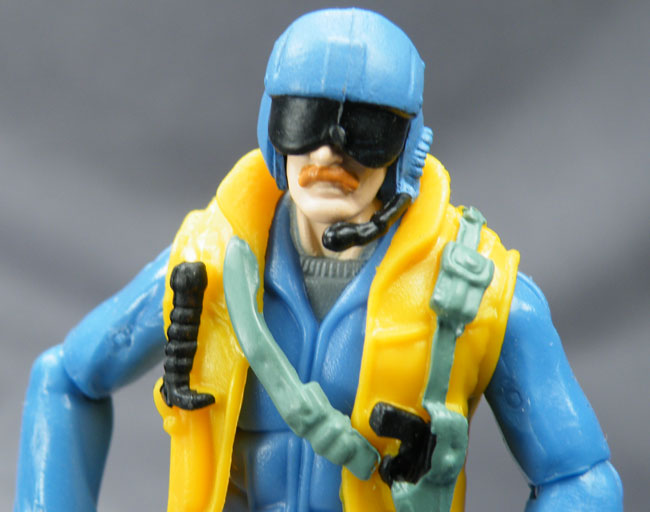 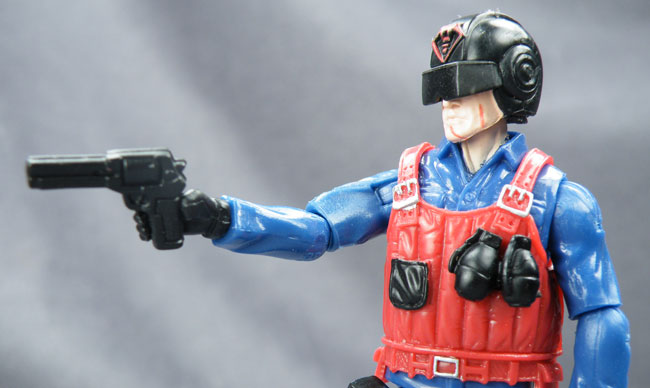 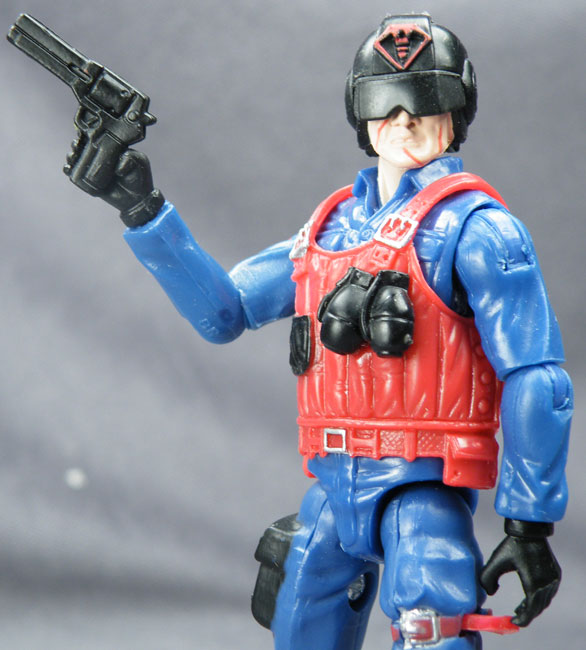 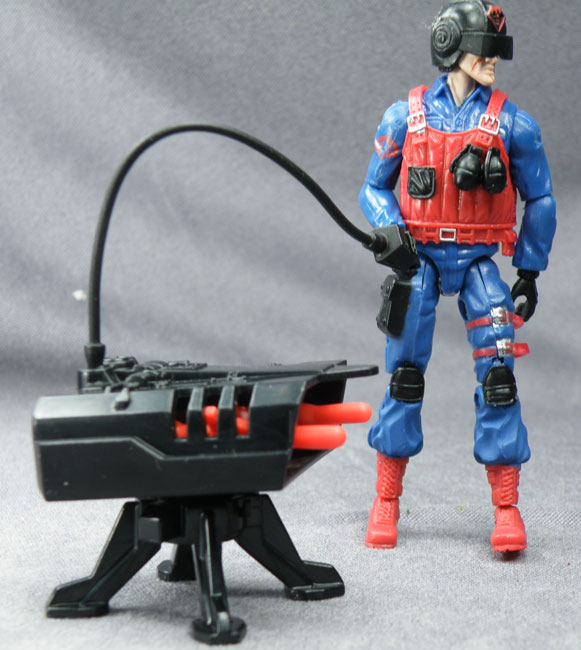 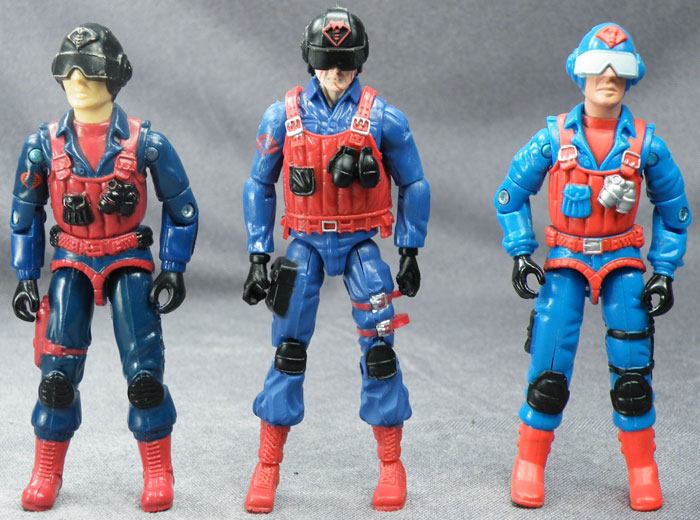 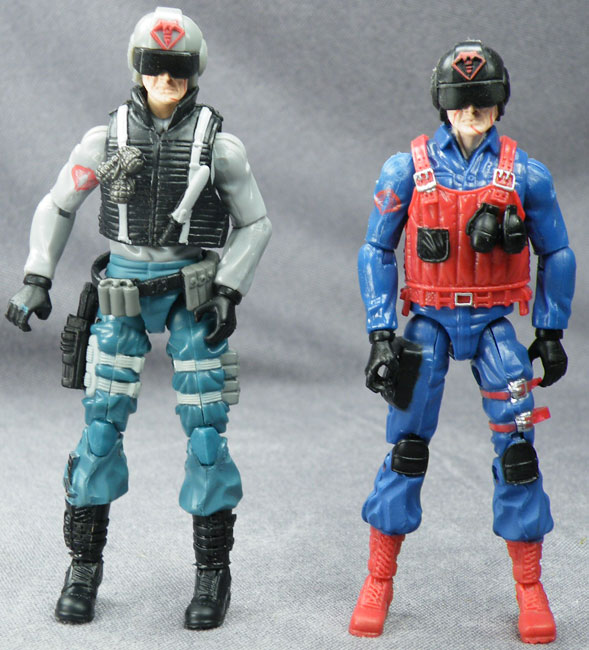 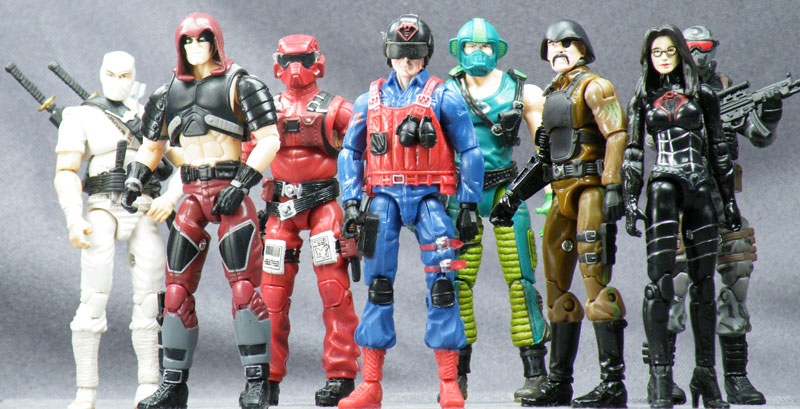