Throughout the history of the Real American Hero line, there were many, many characters that were created simply for the sake of a particular comic or cartoon story, and throughout the past twenty-five years, there have been voices raised, clamoring for many of these characters to get the toy treatment. From the comics, Dr. Venom, Kwinn, Billy, and the ninja masters were among the most demanded, but I've gotta say, if I thought any of them would finally get some respect in the Anniversary line, I would have put the Hard Master at the bottom of the list. An old bald guy? Where's the fun in that? But Hasbro did give us the figure, and actually took him in an interesting direction...

Hard Master had a very unique look in the comics, wearing a draping old martial arts robe over his skinny, aged frame, but Hasbro elected to go in a completely different direction, most likely for the sake of having a fun action figure. Let's face it, no matter how skilled a martial artist the character is, a figure of a 70-year old bald guy in a robe just wouldn't be real fun... not to mention, he's dead. So Hasbro kind of threw some history out the window and gave us a version of the Hard Master in a somewhat different look.

Using the body from the '89 Snake Eyes was a bizarre choice, but ultimately, one that works, at least to a certain degree. While the character doesn't look much like he did in the comics (beyond the bald head) the figure is still fairly fun and visually appealing.

The designers did a really nice job taking the available ports used for Snake Eyes' various gear, and customizing the character somewhat to give us a pretty unique looking figure. The throwing stars on his arms, the daggers on his belt, and the scroll on his leg are all really cool touches that spice up the figure nicely and take what could have been a forgettible repaint and give it a nice dose of character. Considering the '89 Snake Eyes is, in my opinion, one of the nicest in the line, it's cool to get it as a base figure here, and it has some nice range of motion to boot. 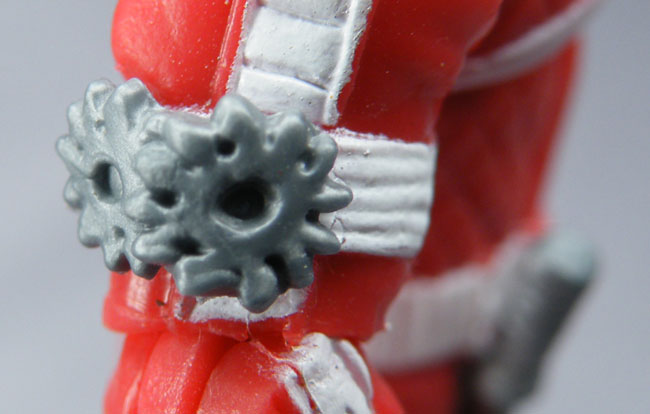 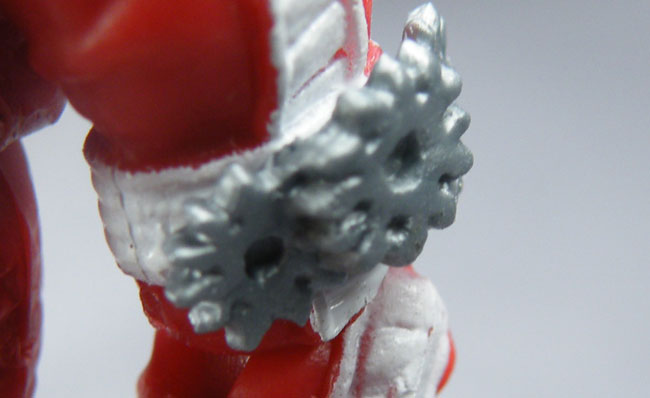 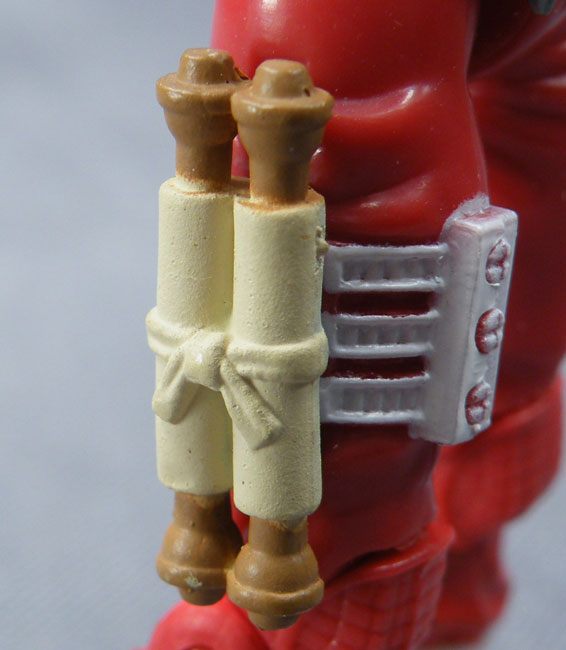 One thing that Hasbro has done a really nice job of throughout the Anniversary line as well, is to make figures infinitely customizable. They gave the Hard Master new forearms and hands, which enables them to add some specific poses or "looks" to a particular character, to limited success. I love the right arm, but the left arm doesn't really work well for me...sure, you can get a couple of nicely dramatic poses, but it isn't as versatile as I'd like, especially with that hand contorted the way it is. Sure, I love the "open palm" stance the figure can achieve, and he can hold the bow, but he really can't do much else with it, which is an unfortunate limitation that too many of these Anniversary figures have.

The real gem of this figure, though, is the head sculpt. It's a simple bald head, but there is a lot of detail sculpted into the face, and a generic bald head is something that many customizers have been clamoring for. It can work as Hard Master, a Devils' Due style TJBang, or almost anything else you'd want to think of. It's a great head sculpt, and a nice example of what the sculptors are capable of these days. 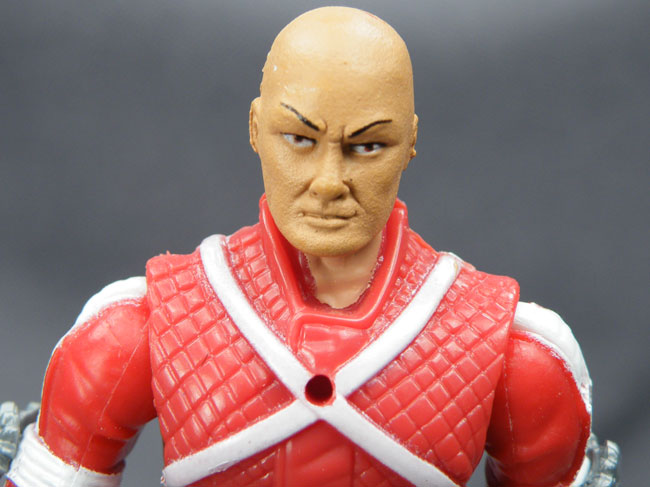 As far as accessories go, I was pretty surprised at the vast number of weapons that this comic pack came with. Hard Master doesn't get equipped quite as well as Snake Eyes, but it's pretty damn close. 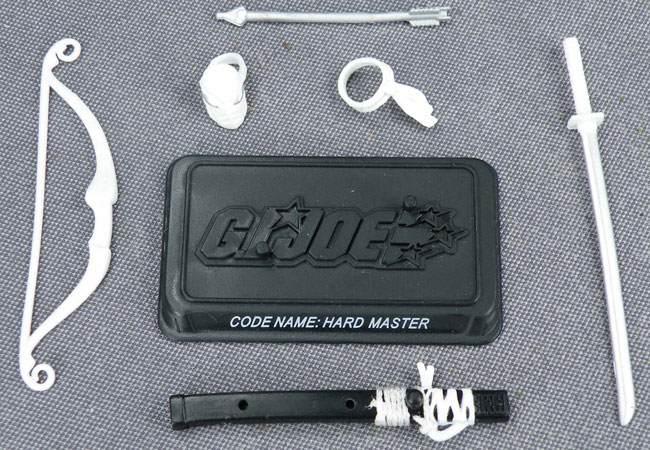 Along with the standard battle stand, Hard Master comes with an ornate bow, a pretty cool mask, headband, sword/scabbard, and of course, the now infamous arrow. That is a pretty cool Easter Egg, I gotta say, as the arrow included with the figure plugs seamlessly into the hole in his chest to replicate the dramatic death scene. The little touches like the real string tied around the scabbard is another great little detail. Honestly I'm pretty impressed at how much intricate stuff is worked into these weapons, considering Hard Master is far from a core character in the mythos, and is probably just a "fanwank" figure to begin with. Surprisingly impressed with how this figure came out. 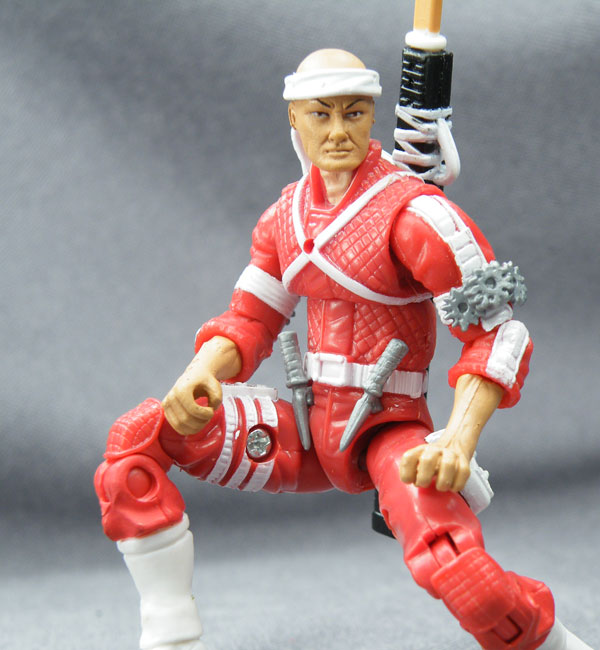 Like the Hard Master, Snake Eyes in his Arashikage training togs would not have been high on my list of suspected figure releases, but here he is, and he looks surprisingly accurate to the source material, even with only minor cosmetic changes to the Red Ninja figure.

Utilizing all of the same base figure as the Red Ninja, the only minor change here is the belt piece, which is a much more generic, typical martial arts belt without the knife or throwing stars worked into it. While some may think this as lazy, I think the reused tooling actually makes perfect sense here, considering these ninja all emerge from the same clan, I can see why they would look the same. Not to mention the fact that this is how Snake Eyes looked back in his training days in the early issues of the Marvel Comics.

It also helps that the original Storm Shadow figure was one of the best inital Anniversary figures that came out, and is actually one of the few of the first figures that passes the test of time, even after just a year and a half or so. If you stand back and look at COBRA Commander, the Baroness, or even the COBRA Trooper, they all needed pretty significant changes to really work as a "next generation" Anniversary figure. Storm Shadow, however, translates pretty well, and works nicely as Snake Eyes. There is the minor issue of the "slit arm" look in the middle of the bandages, but really, that can be considered a pretty minor complaint, and doesn't have a big impact on how the figure works.

Now, for my own perspective, I don't have a lot of use for ninja based figures. They really only play the most minor part in my overall G.I. Joe "history", so in the long run, I couldn't care less. But from an Anniversary perspective, I do think it's important that Hasbro explores this part of the story, even just a little, since it's such an important part of who Snake Eyes is. All that being said, I'm not sure a non-ninja fan would miss anything by not owning this set, but I do think there are nice merits to it over all. 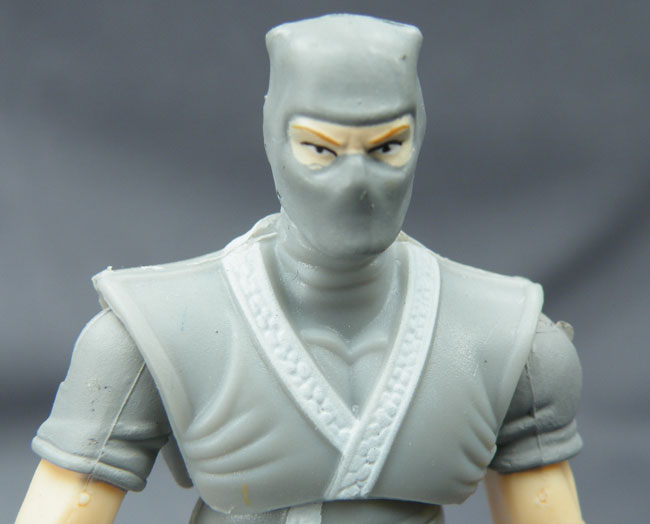 Like the Hard Master, this version of Snake Eyes comes with a wide range of martial arts oriented gear. A surprising amount of nicely detailed weapons, in fact, for this being such an offbeat comic pack. 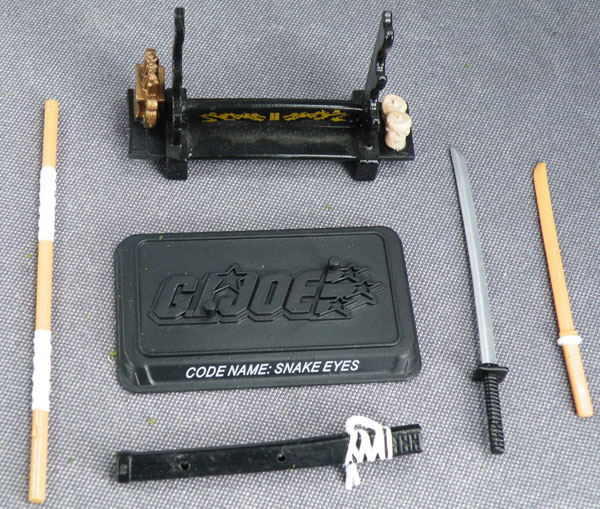 The sword rack is a very cool diorama piece, and I love the wooden sword and staff. The scabbard and sword are both great pieces as well, with some impressive detail, and a functional use. For people, like myself, who aren't huge ninja fans, there probably isn't a whole lot here we'd find a use for, but I gotta give Hasbro some credit for thinking outside the box and giving us some really nice looking stuff. 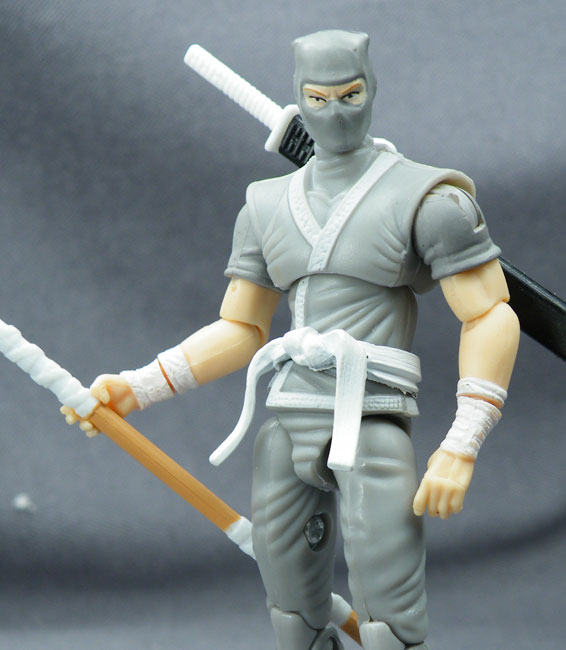 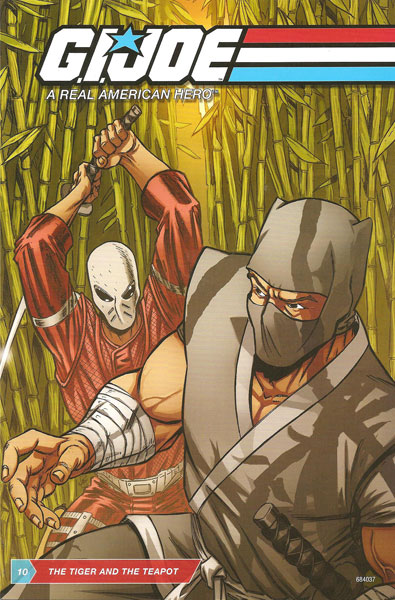 We get a somewhat interesting flashback story here, with Snake Eyes reliving some of his training days. Hama writes a unique tale that touches on some of the more tragic parts of Snake Eyes' history, without going over it all word-for-word. I was surprised to see how cool the Hard Master looked in these pages, and really love this uniform style for him. The art is fairly decent in this particular issue as well. Not as nice as Issue #12, but better than some I've seen. 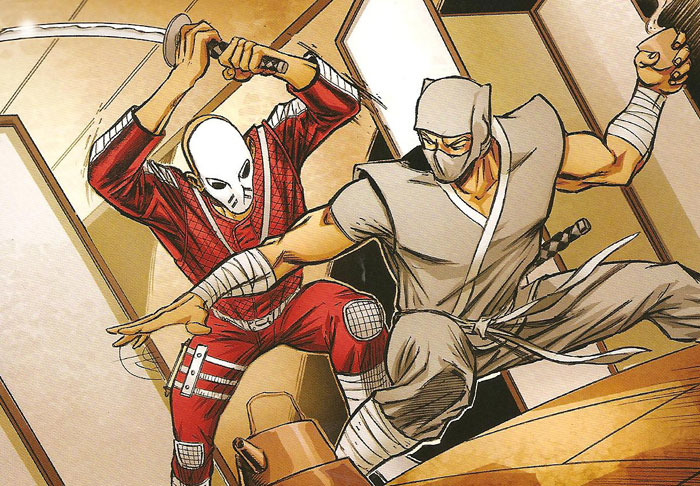 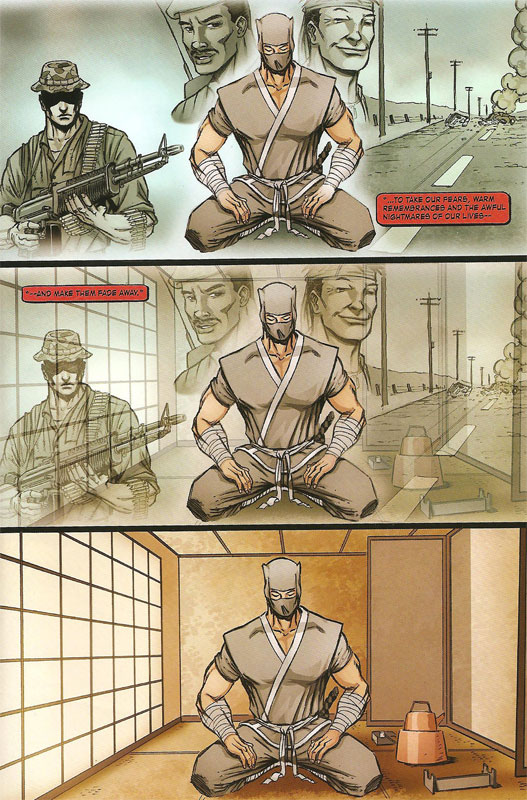 All in all, this isn't a comic pack that I would put at the top of my list, though that's mostly due to concept, and not execution. Even though I'm not a ninja fan, I can appreciate the amount of work and detail that went into this pack, and I think folks who do like the martial arts aspect of G.I. Joe (or even martial arts oriented toys in general) can find a lot to love here. It explores a neat part of Snake Eyes' history, even if it isn't extremely accurate to the source material (at least on the part of Hard Master). If you're not a ninja fan, don't kick yourself if you don't pick this one up. But if you like martial arts toys, or just want to explore a part of Snake Eyes' origin, I don't think this is a pack you'll regret picking up. 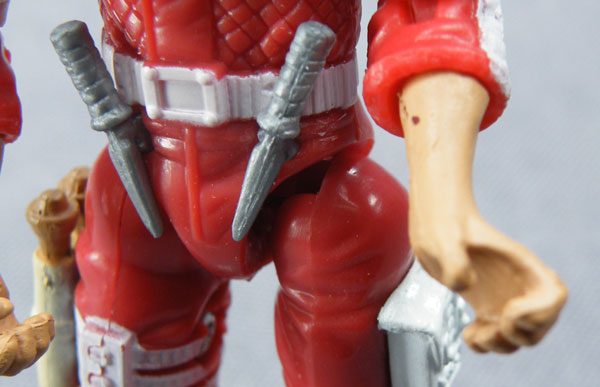 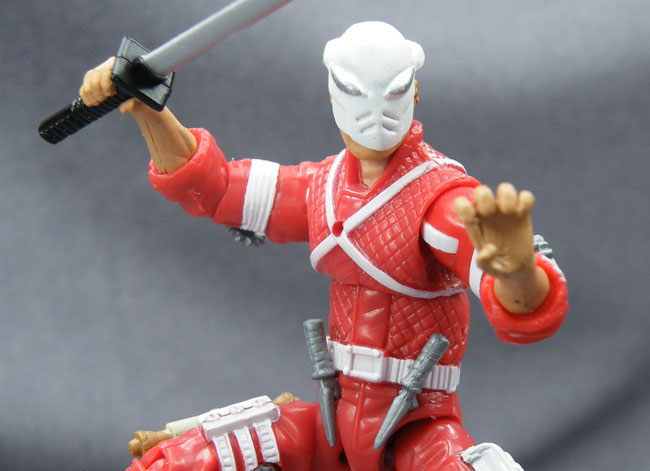 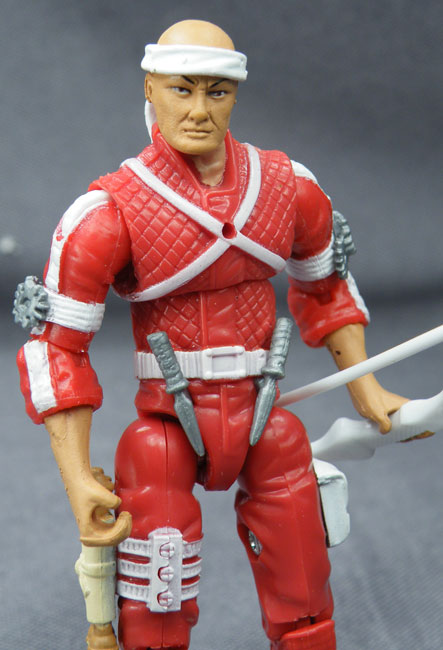 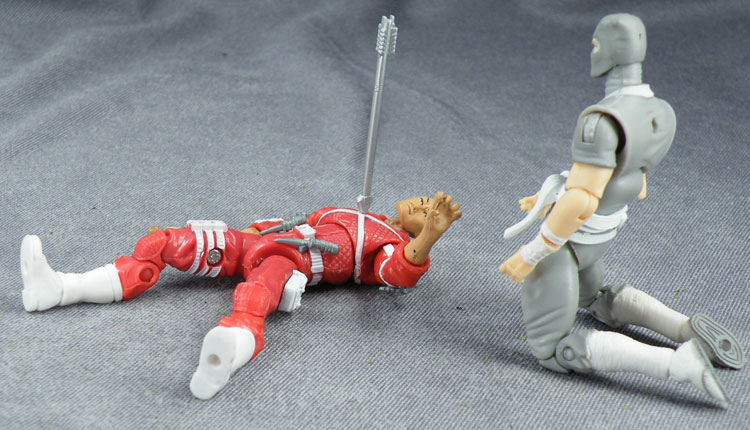 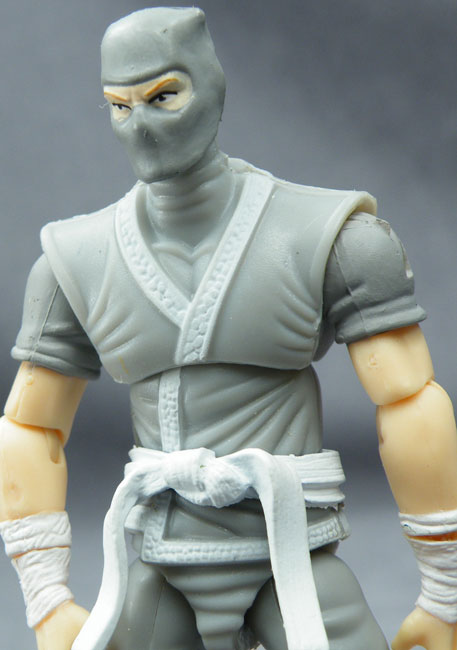 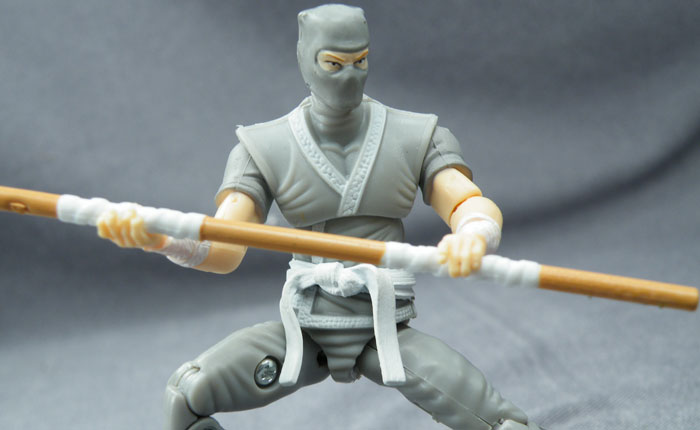 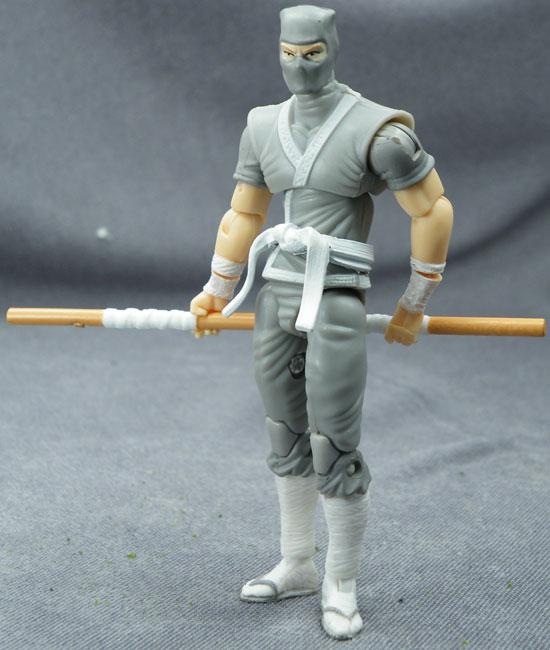 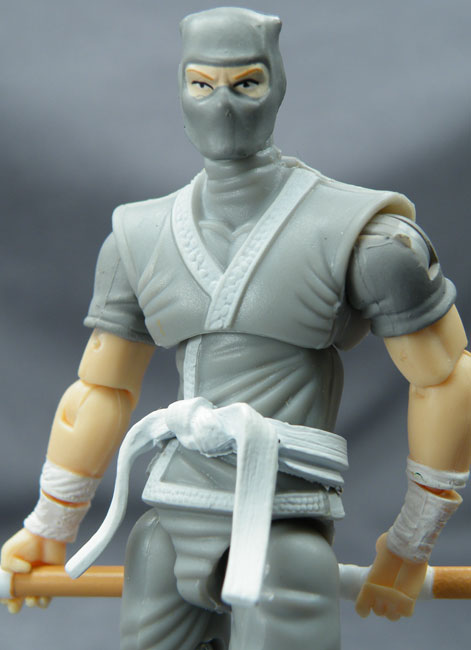