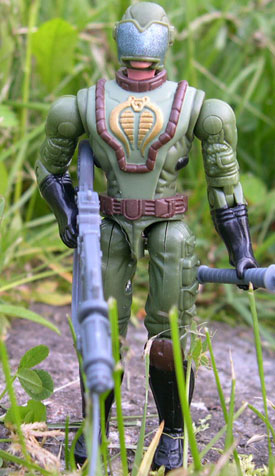 Well, if this has been a "hiatus", I hate to see the Joe line at full bore.

Granted, the Joe line has been at a slow crawl so far this year compared to years past, and true enough after this year, retail store shelves will be empty of Joe product for the first time in 5 years. But that doesn't mean there's no 3 3/4" product for us, and certainly recently, it seems as if the line isn't even slowing.

The Winter Operations set and Imperial Procession are already hitting Toys "R" Us even as the H.I.S.S. IV repaint w/ Pit-Viper spreads across the country and mailboxes are filled with unmasked Storm Shadows and this figure, the Collector's Club exclusive Jungle-Viper. I was relatively pleased with the results on the Storm Shadow (even if he was at least a little bit on the bland side), so what do I think of this figure, esentially a Venom Trooper frankenstein? The results end up pretty decent, I think, to be honest...the total sum of the parts is almost better than the figures who donated them.

We start off with the obvious parts...the Razor Trooper head and torso immediately shows this as a COBRA trooper...the snake symbol is blatantly obvious and the out-of the ordinary chest armor makes this quite definitely not your run of the mill terrorist or masked assailant.

I've always liked this head sculpt...it's got a very unique look to it, using a metal faceplate that is almost a COBRA trademark, and a very cool almost robotic helmet design that clings tightly to the head underneath. The torso mold is pretty strange, but as I've mentioned in past reviews, it's almost very comic book super villain in design...with Valor Vs. Venom, Hasbro absolutely seemed to be going down that path. There was plenty of military undertones, but a lot of the designs for the COBRAs and the Joes was an almost super-powered team origin. I'm not sure why exactly (perhaps the perceived success of super hero movies?) but it's had mixed results so far. The COBRA stuff is definitely more successful, and this figure shows it well.

His arms are the Sand Scorpion's arms, also a V-Troop from one of the early series', and it looks good enough, too. The hands seem a little bit small, and the elaborate scorpion-like armor on the arms seems somewhat glossed over, but the figure still looks good, and the arms work very well.

Perhaps my favorite aspect of the figure are definitely the legs...based off of the Coil Crusher, the legs just work perfectly. Somewhat baggy pants, with high, hard boots and pouches up and down just look very nice as a somewhat futuristic military pant design, and the mold itself looks good, too. Not too long, not too elaborate, I think the leg/waist mold comes together very nicely. All in all, the mold just fits together very well.

Well, you can't really go wrong here. It would make perfect sense that as a jungle trooper, this COBRA soldier would get a green paint app treatment, and that's just what he's getting. But the Club really manages to spice up the mold rather than just slap some green paint on it. His uniform is a very nice drab green base, but there is enough nice, vibrant trimming to really make the mold nice. His gloves and boots are a great slick, glossy black to add some flair to the figure overall...but some of the coolest color choices involve his faceplate and COBRA symbol, which both have a great metallic fleck to them that brighten the figure considerably, yet still look realistic enough to not make the figure unusually bright or gaudy. Overall the color pallet is nice and muted, but with enough flair to make it interesting.

Unfortunately I think the accessories are where the figure does suffer, at least a little bit. They aren't really bad, mind you, but they're nothing really terrific.

The Croc Master machete is a neat idea to put in here, simply because a jungle trooper really should have a machete. It only makes sense. But this particular machete is a little strange. It's quite large and long handle makes it look a little funky when placed in a Joe's hand, especially when one of those hands is as small as Jungle Viper's is. That can make holding the blade a little tricky (but only a little) and it looks a little odd.

The grappling hook is a neat idea, but I'm not really sure where it fits in with a jungle trooper. I mean, sure, there are rocks in the jungle, but I don't see this as a vital piece of equipment for a Jungle Viper...a backpack would have worked far better, I think.

As for the weapon...bleh. Spearhead's large machine gun is just an unrealistic eye sore and any time I see it used in any capacity, I really don't like it. Hopefully the GIJCC or Hasbro "loses" this mold as soon as possible, it really doesn't serve any worthwhile purpose.

Overall, it's definitely a fine figure...is it worth the price? Well, that fully depends.

As a free bonus figure, well, heck yeah it's worth the price. It's a cool new army builder for a specialty that's been seriously lacking in the COBRA forces. It uses an interesting assortment of parts that seem to mix well together and look great when assembled. It has a very cool COBRA look to the trooper, and fits in pretty perfectly with a lot of the other new sculpt troopers.

But when you're talking about picking up a bunch of these at $20 a whack, I'm not sure I can endorse that fully. It is a very cool new sculpt figure...but considering you could potentially get classic '86 Vipers or '85 CG's for $20 a figure, I'm not sure this guy is worth that much coin. That's not to say this isn't a good figure...it absolutely is. But as the price gets higher, my recommendation gets lower.

I will say, though, I can understand and appreciate why the Collectors' Club charges these prices, though. Making this figure cost them several thousands of dollars, no doubt in my mind...considering they're a free giveaway, that's a huge hit to take. I can understand why they try to get some of their money back on sales after the fact. I would just say that if you didn't get a chance to scoop up this figure...the next time you see a free figure giveaway, take advantage of it. $36 for a year subscription to the newsletter, free access to the "members only" section of the website, a free Joe figure, and everything else that comes along with it, is definitely, DEFINITELY worth the cash. Anyone who hasn't done it yet, really should consider it. I haven't had a single regret for any of the 3 years I've been a member. 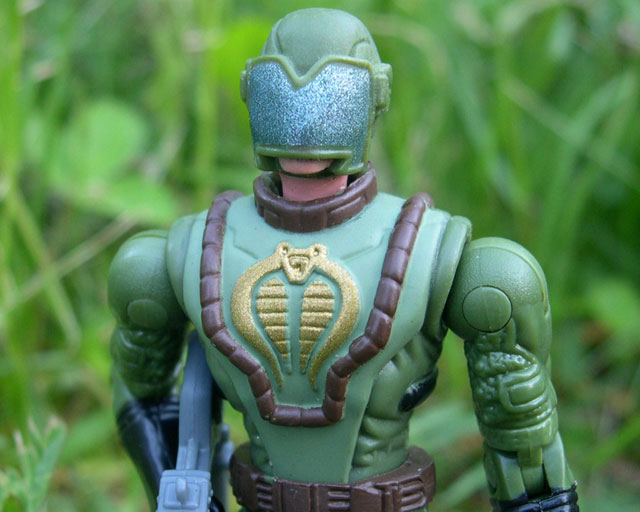 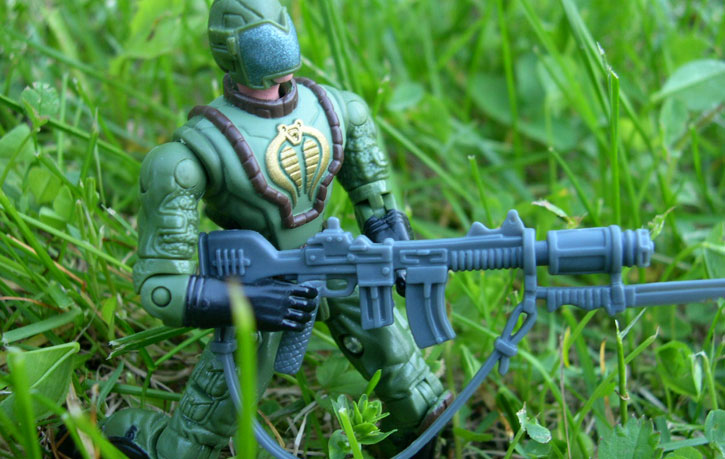 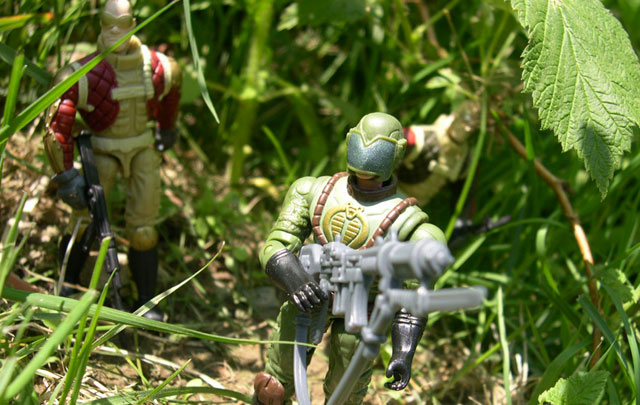 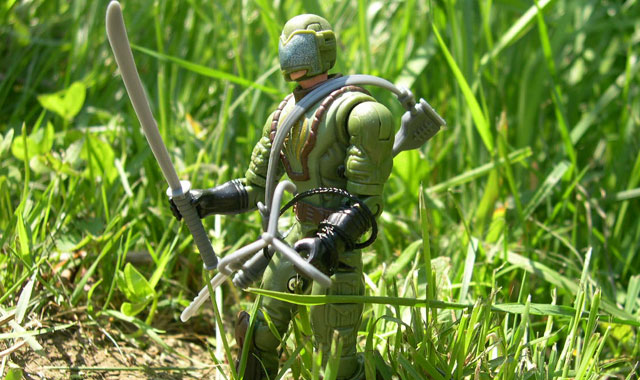 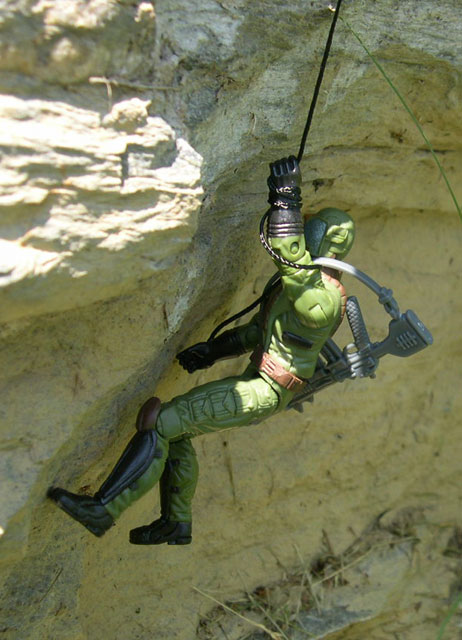