Congratulations! You have found the first image! 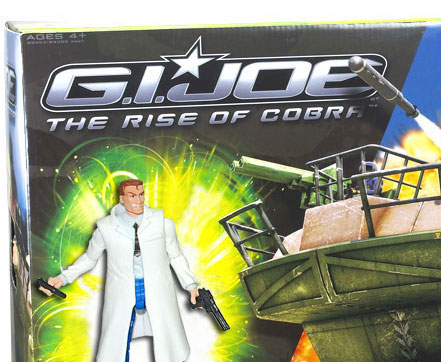 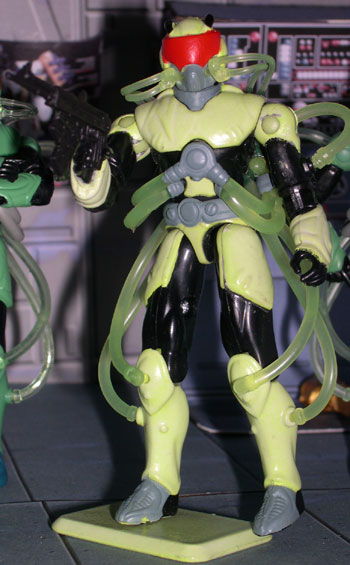 Wave 8 looked like a great last hurrah for the Spy Troops line. The series started off very strong with Wave 5, faltered a little in between, but then left on another high note with some great offerings like Tele-Viper, COBRA Commander, Pit-Viper, and of course, Heavy Water.

Basing the figure heavily on the '92 Toxo-Viper mold, Heavy Water is a creatively named COBRA Toxic Trooper with a nicely intricate mold, and a pretty cool assortment of wires not normally seen on a figure of this scale.

This exclusive figure takes that mold and does some pretty neat stuff to it, making it nice and unique, and worthy of a new release.

As I said, this exclusive figure uses the great Heavy Water mold as a base, but does some logical things with it for a radioactive trooper--makes him glow in the dark!

The combination of armor plating and rubberized body suit really works well for a toxic trooper, and he takes the classic Toxo-Viper mold is a nice, new level. The helmet takes some heavy influence from the Eco Warriors Toxo-Viper mold, but makes it both a lot more streamlined, and a lot more intimidating at the same time.

The obvious details are nicely compliments by the little touches as well, including small engraved COBRA logos on the boots and nicely layered body armor. As a finishing touch, the hoses look pretty neat, although do significantly effect playability. Every movement, it seems, pops a hose out of it's socket and it can be a pain sometimes. Still, while on display, they are a nice touch and look pretty cool.

This is obviously where this figure becomes it's own...the new paint scheme is pretty cool, really. Even when not using the glow in the dark feature, the bright yellowish-green doesn't look too bad, and still blends pretty nicely with the older paint schemes as well. For a radioactive trooper, bright colors make sense and this figure looks great. I don't see the glow in the dark feature being really useful, but it's a neat additional feature for an exclusive figure and it looks pretty cool in a dark room.

Nothing really exciting to note here. He comes with Heavy Water's machine gun, a membership/file card, and a glow-in-the-dark battle stand. A nice little assortment of gear, if you include his hoses and wires as well. Altogether, he looks to come with all of the important stuff the Wave 8 version came with, which works for me.

The G.I. Joe Collector's Club really seems to have a great feeling for these exclusives. They choose pretty decent molds and add appealing new features to them to make them desirable. His streamlined, modern mold looks great as an homage to the classic Toxo-Vipers, and fits in nicely with the new molds as well. The fact that it was offered free to Master Collector members is only a bonus, but it's still a cool enough exclusive to warrant a purchase after the fact as well. He joins my small ranks of Heavy Waters and definitely makes a nice addition. 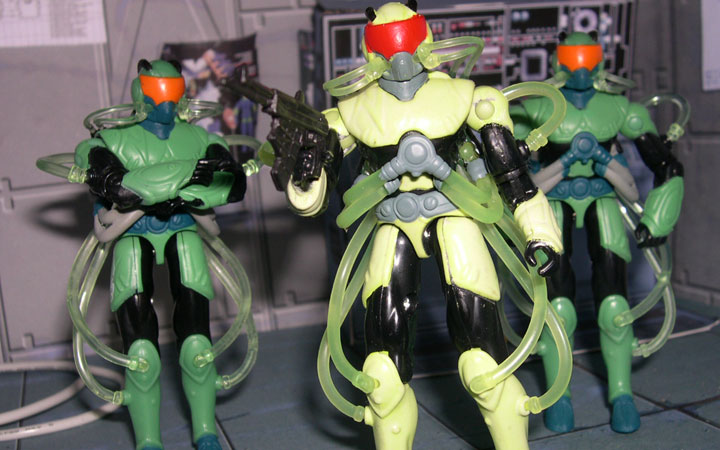 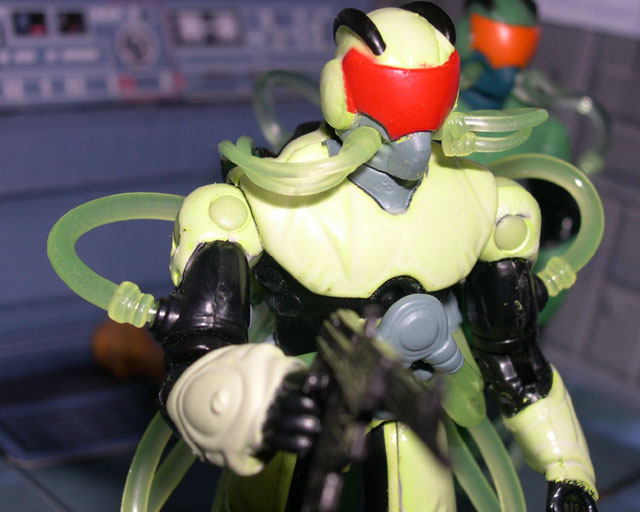 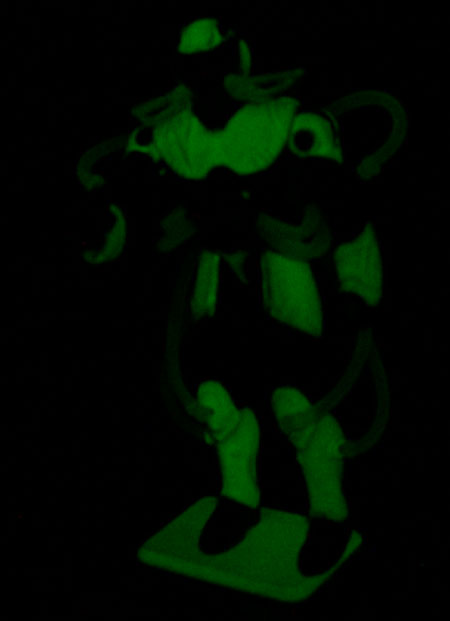