When I saw the first pictures of this guy (and actually knew who he was...) this figure instantly appealed to me. I'm not sure why, whether it was his pretty cool, sleek mold, his interesting dark, but different color scheme, or his way-cool sniper rifle, but something about this character and figure just hit a cord with me.

Again, I'm probably just a weirdo, but like the Cobra CLAWS Commander, I felt an immediate kinship with this figure and I can't honestly say why. Even though Barrel Roll has considerably less faults than CCC does, I still like the figure quite a bit more than I can really explain.

The mold was the first thing that struck me. He was slim and streamlined, which is getting to be more and more rare with the 2002 figures. His proportions were small, and while his waist was quite thin, it all seemed to mix okay. His mold is different, yet very cool. Again, slim, but still realistic with a baggy, nicely sculpted shirt and gray tunic...very cool padded gloves, and a very interesting over-pants type of design. The figure just looks natural and looks quite excellent. Like a lot of the other Wave 5 figures, too, his face sculpt is very unique and very cool...short cropped but curly hair, an interesting look about him...and man, the swivel wrists really add a lot!

Then we have the colors. There's definitely a theme here...most of his color pallet is blue or blue-based. Shades of blue and gray are prevalent throughout the figure, and they mix very well. The gray and blue look quite natural together, and it's a color scheme you don't see very often which makes this nice figure really stand out from the crowd.

But what really drew me to this figure was his specialties..."Fixed Wing Pilot" and "High Altitude Sniper". Very, VERY cool ideas started flowing the minute I read this. I knew immediately that Barrel Roll would be my new Stealth Pilot. Not only that, but I could see him going behind enemy lines (either by parachute, or his Air Assault Glider) for surveillance, recon, or even assassination. Barrel Roll is that type of down and dirty guy, in my world at least. He is the guy that's called in to do the stuff no one else wants to do. He's got very high security clearance, and if necessary, he can fly himself in and fly himself out to get the job done. I really, REALLY like this character, and I love the figure to boot.

And then we have the accessories, which in and of themselves are pretty neat. the disguises in Wave 5 are pretty much hit and miss, but this one is one of the better ones. The helmet is GREAT. I'm definitely going to use it with him, whether he's in a Cobra disguise or not. The chestpad works well, too, and I like it...the gauntlets are a little hard to work with, but have potential for coolness. Like most of the Spy Troops stuff, with a little imagination, things could really work well, and Barrel Roll is no different.

So all in all, this is a figure I definitely recommend picking up...the first single-packed G.I. Joe figure in years definitely draws some attention to him, but it's attention that's definitely deserved. His awesome sniper rifle, way-cool Cobra/G.I. Joe Assault Glider, and the overall presentation of the figure and character are just so well done...Barrel Roll may very well end up with a large role in my G.I. Joe universe, and is an excellent figure, well worth your money. 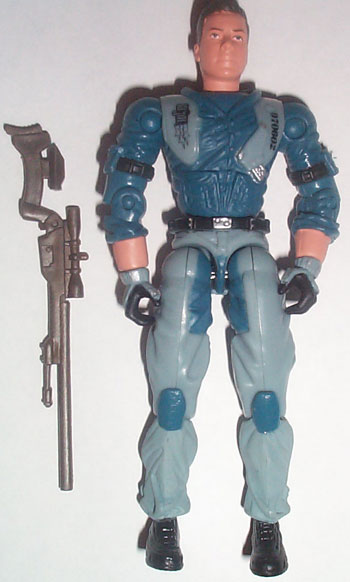 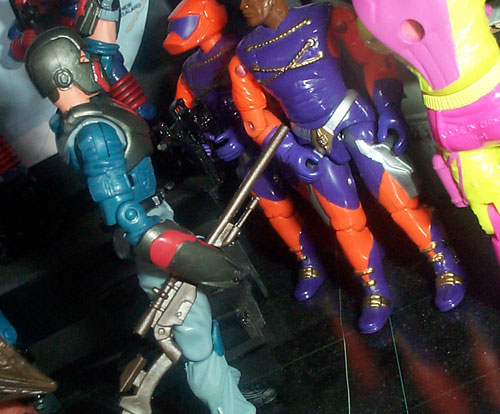 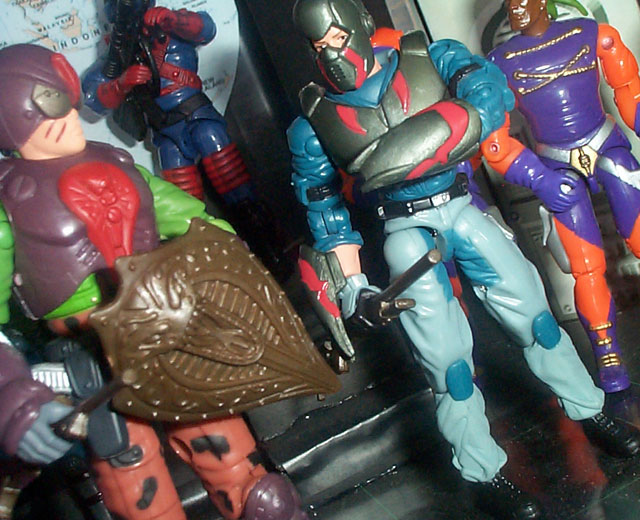 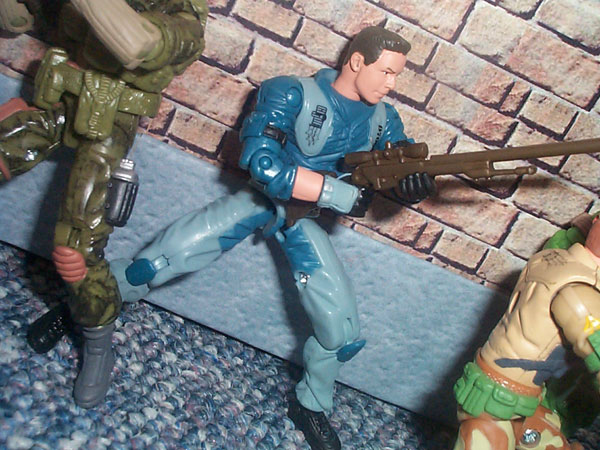 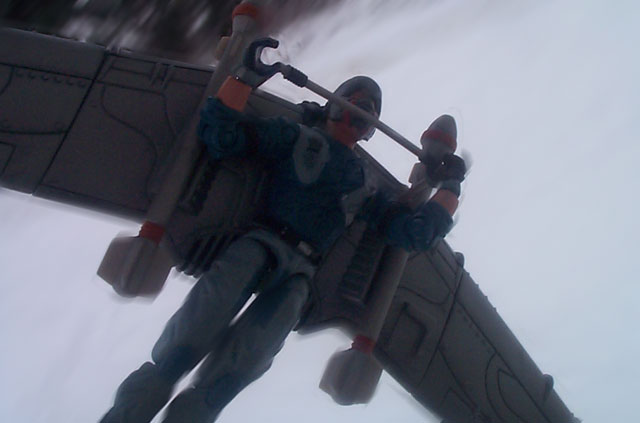 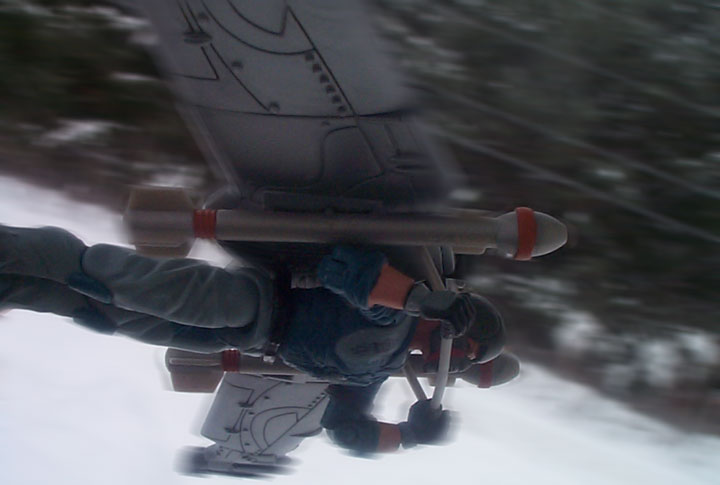 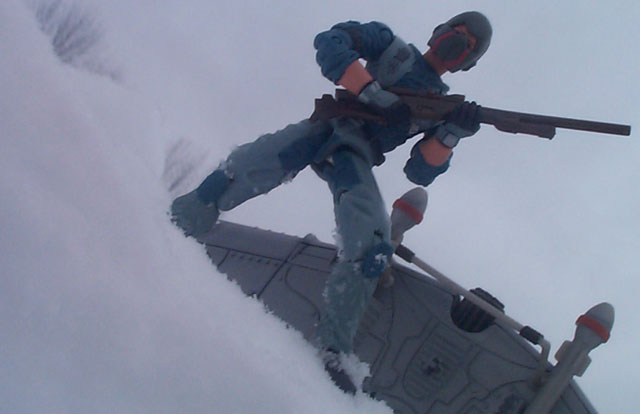