So this is it, huh? The first new sculpt G.I. Joe vehicle in almost eight years…seems like a pretty big deal, really…which is kind of unfortunate, as the two vehicles leave me somewhat…uninspired.

First of all, there is the Assault Quad. A pretty plain 4 Wheeled ATV, colored in green camo and with yet another Gung Ho Wave 1 Repaint. This vehicle I was actually expecting to be much worse than it was. I'd heard many bad things about it, and as such was not expecting much, but it was actually a pretty neat little vehicle. It's definitely small, but more in scale, I think, than the original Ferret. But while the original Ferret is a very cool, almost classic vehicle, this one just seems…okay.

The aforementioned camo scheme is done nicely, and the overall colors are cool. Green/brown/black and more shades of green work perfectly as a jungle-patterned ATV. It has some decent armament as well. A large bank of missiles on the back, a Sound Attack machine gun that clips to the side. Pop out missile launcher under the front grill, as well as slide out missiles underneath the driver's feet, this thing is primed for some serious action! Unfortunately, however, these weapons are almost unusable in world adorned with normal laws of Physics. The large rocket launcher on the back would either disintegrate the driver's head or burn him to a crisp if used. The machine gun is enough out of the driver's reach, that the handle is pretty much null and void, although I suppose it could be used remotely. Even the missiles under the driver's feet seem a little too cramped and unusable.

Thankfully, though, I have a considerable imagination! :) It comes back to me that these toys were designed with kids in mind, and looking at things from that perspective, I can see this as a fun toy. It is rugged and durable, even taking a tumble down the rocks seen in the pictures, and surviving just fine. There appear to be enough features so that kids could have fun with it, and I see this a cool enough little vehicle to get kids interested. It does not do a whole lot for me, really, but it seems a decent effort by Hasbro. The $11.00 price tag really stings, though, especially considering the fact that the price is inflated due to a rehash Wave 1 figure that I will most likely find no use for. Heck, I would have found this vehicle much more desirable if it had come with about any other figure out there. Not that I don't like the new Gung Ho, but 3 different versions that are all basically the same color scheme (with only minor differences) is going a little too far, in my book.

If you're a completist, and you must have everything, well, you won't listen to my review anyway, so don't bother listening. :) For anyone else, if you have kids, I really think they would have fun with this thing, if you are on a limited budget, I would skip this and save some money for Wave 2, or the Night Attack Chopper. 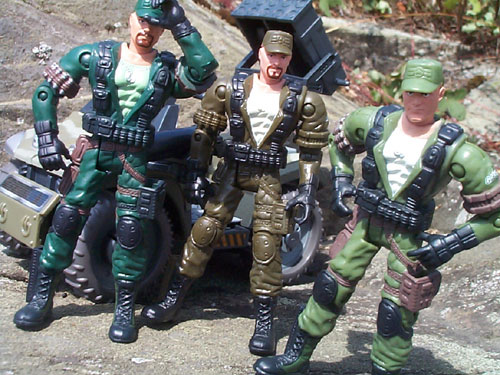 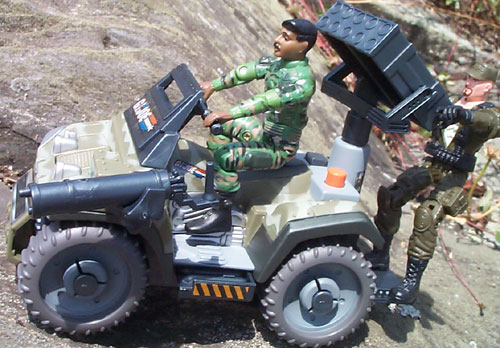 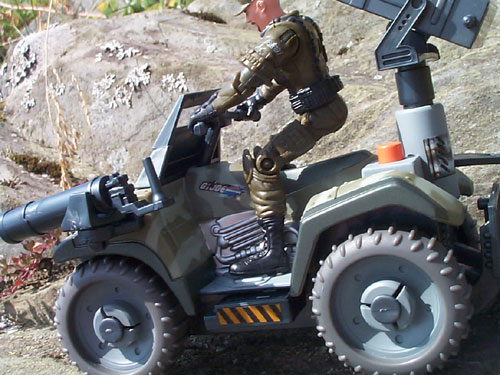