This thing was by far the favorite of the prototype vehicles seen at this year's Toy Fair. Just about every Joe fan I know was pretty thrilled to see this thing in action, even though there was no known color scheme or other major information. Heck, the thing didn't even have a PILOT. Still, it seemed pretty popular among Joefans, myself included.

Who knew it would take so dang long for me to actually OWN it?? A lot of folks found this little gem before they found the Wave 2 figures. The Chopper was actually first sighted a good three weeks ago, I believe. But for me, it was the last Wave 2 vehicle I found...heck, it was the last Wave 2 item I found! But how does that saying go? Leave the best for last? Well, this thing certainly qualifies!!

This helicopter is pure coolness personified! Ever since becoming a "real life" military fan, I've wanted to see an Apache in the Joe Line. A complete, bad to the bone, pure assault helicopter. The Dragonfly never did it for me. A cool vehicle, but more of a support craft...the Tomahawk completely rocks, but it seems like more of a transport craft to me. Other helicopters like the Locust, Retaliator and Skystorm just seemed to out there to really satisfy my assault chopper fascination.

The Wildfire, though? This thing IS the G.I. Joe Assault Chopper, plain and simple! This is the helicopter I've been waiting fifteen years for. The Night Attack Chopper, quite simply, has it all.

First of all, the overall mold. It continues Hasbro's new fascination with a more "modern" or fantasy-type design. It doesn't match any real known aircraft, but it seems to retain enough realism to not be completely rediculous. The HISS IV and Fang III both seem like a little too far off the beaten track, this craft is perfect. It also has the perfect paint scheme to match the cool molding. It's green/black stripe camo is way, WAY cool...a great subdued color that matches the helicopter well and suits the Joe Team to a "T".

It's also packing some serious weaponry!! As I've mentioned in the past, I'm a huge fan of chainguns or Gatling Guns, and man, the Wildfire has those in spades. It's nose gun is large and imposing with some sweet ammo belts spiraling off. There's another high powered assault chaingun on the left side, with a cool higher powered cannon on the other side. Then, there are twin rocket pods flanking the main body of the craft, looking just as dangerous as the guns. The overall shape is sleek, sloped, and nasty, and I just LOVE the shape of the propellors.

The Wildfire can even hold five troopers comfortably, perhaps up to seven uncomfortably, but I wouldn't trust it. There are twin sliding doors that allow for some more troop storage, although there isn't a lot of room. Anyway, I could go on about this awesome aircraft forever, but let's break it down into it's main points.


Display: I actually think the Display box helps this particular helicopter. Being able to reach in and push the buttons and check this thing out is really a selling point. The only issue I have is the dozen and a half twistie ties I had to hack through just to get the stupid thing out of its box!


Assembly: Not much to speak of. I did have to snap on the assorted extra cannons and also assemble the tail of the craft, but that's it. No stickers, no advanced assembling of any kind. Like the other vehicles, it's nice and disappointing at the same time.


Playability: Now this is where this Copter REALLY shows it's colors! There is a TON of "fun factor" in this toy, and I can see this being a BIG favorite with kids. There's a cool trigger built into the tail that spins the rotors and makes the requisite noise (much cooler than the FANG's, IMHO). The handle in back also allows for some cool maneuvering through the air, especially when coupled with a second handle that folds out from underneath the main body. This second handle also activates a barrage of missiles from the missile pods. Those pods fold in and clip to the main body. When you pull the trigger on that second handle, the pods swing out and fire missiles! Keep pulling the trigger, and the missiles keep firing until the bays are empty. COOL!! The missiles can also be fired merely by twisting the knobs on the back of the missile pods. The coolest thing is, the front handle folds snug into the body and does not effect the displaying of the helicopter in the least bit. Even the rear handle is barely noticable. Overall, this vehicle has a whole lot of playability to it and as a kid, I could see myself having a TON of fun with this thing! Heck, even the "Sound Attack" chaingun sounds are rock solid! Very, very nice.


Durability: Can't really comment too much on this since I'm not about to toss it around or drop it or anything, but the vehicle feels nice and solid. It's a heavy chunk of plastic that really feels like it could hold up under some intense stress. The chopper blades do pop out somewhat easily, but I would much prefer that over breakage. Same goes for the cockpit. My only concern is that holding the chopper by the rear handle alone could definitely cause the tail to separate, and then there could be some REAL problems!! :)


Yup, as every other Joefan who has talked about the Night Attack Chopper, AKA "Wildfire", I am fully in love with this thing! I can see this assault craft being a staple in my Joe Air Force for a long time to come and it would really mesh well with the more "classic" stuff. Hasbro seems like it found the perfect harmony between kids, fun factor, military realism, and all out coolness... this vehicle covers it all! Do not let the $30.00 price tag scare you, this vehicle is worth every penny, and be sure to pick up the Wild Bill VS. Neo Viper 2 pack in Wave 4, so you have a decent pilot! 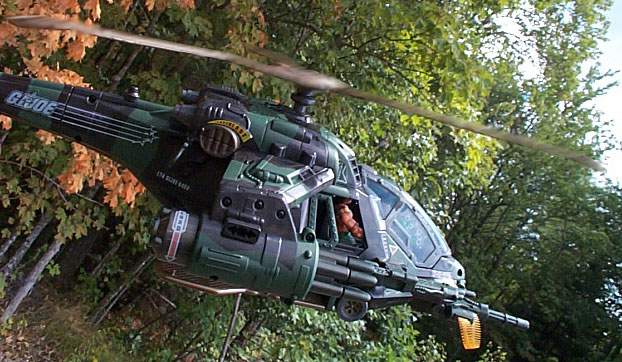 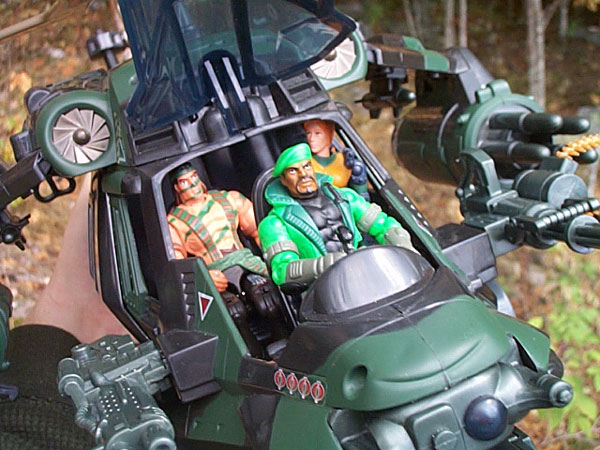 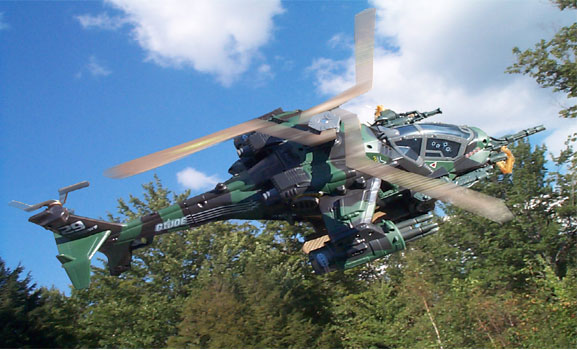 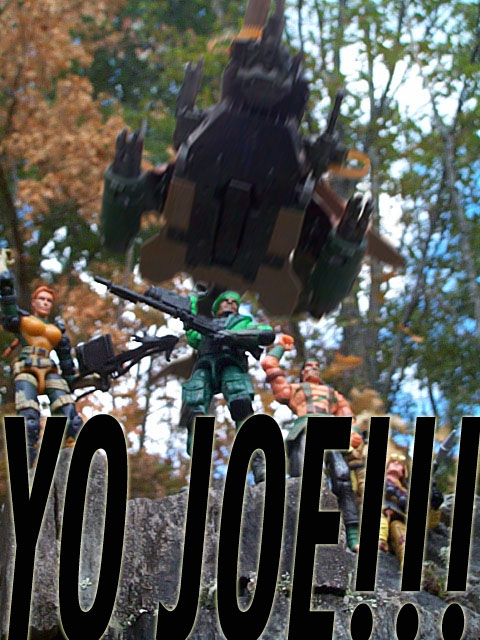 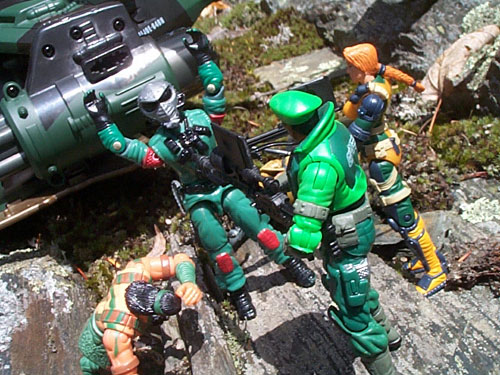