Now the Fang III leaves me a little happier than the Assault Quad did, but still does not throw me for any loops or anything.

First of all, the overall design is pretty squat and streamlined all at the same time. The copter seems almost "stubby" but is still sleek and rounded, with a pretty cool snake-motif front face. The driver sits pretty snug in an open cockpit, and as long as he has rubbery hands, he can hold the controls. The helicopter is pretty armed to the "teeth", with twin gatlings under the nose, a reptile-like rocket launcher under the copter itself, and a Sound Attack detachable missile launcher on the side. The skis are very close to the body, which is something that actually bugs me for some reason, I'm not sure why.

The color scheme is quite cool, really, using a blue-shaded camouflage, which comes across very nicely. The propellers are oddly shaped, and I would have liked them longer, but this does add to that funky Cobra design, which I see no problem with. Overall, the copter's presentation is pretty neat, it's definitely identifiable as a Cobra aircraft, but it's design is almost TOO funky for me, and I'm not really sure where it belongs in my Cobra army.

I really dig weapons, and I REALLY dig gatling guns…they just seem like pretty nasty weapons of destruction, so I like that aspect of the Fang III a lot. I can see it swooping in and strafing some recon team with it's chainguns, then whipping around and launching it's rockets to finish the job. It's definitely a recon vehicle or fast attack craft, and I can't really see it being used for frontal assault or defense at all.

Overall, the vehicle is a cool one, but again, like the Quad, that $11 price tag is painful. At least the pilot of this craft is a little nicer than Gung Ho, but I still cringe at the thought of paying $33 to own a trio of these neat little vehicles. As such, I will probably only keep my one, considering I could almost buy 4 2-packs for the price of 3 Fangs.

One thing I didn't really touch on w/ the Quad reviews was the actual Sound Attack sounds and how they functioned. I actually don't mind them that much, and could be pretty cool in the right environment. The Quad makes a neat rumbling sound as it drives along (with the push of a button) and the Fang's whipping helicopter blades make their appropriate noise as well. The Sound Attack interchangeable weapons are a little odder, though, making some strange clacking and throbbing noises rather than what seems like should really be coming out of the weapons. The swapping and "customizing" of these weapons does pose some interesting options, though, and I look forward to getting some more, so I can make some interesting combinations.

I definitely recommend this vehicle more highly than the Assault Quad, although it didn't really thrill me. It does have some fun potential, though, and should at least be a part of your collection, even if it won't get as much use as it's elder versions. 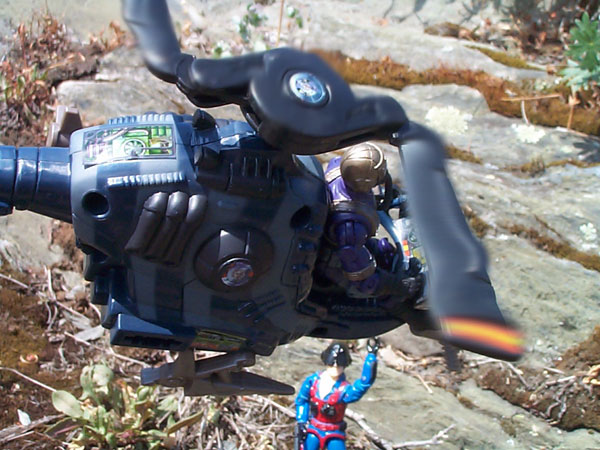 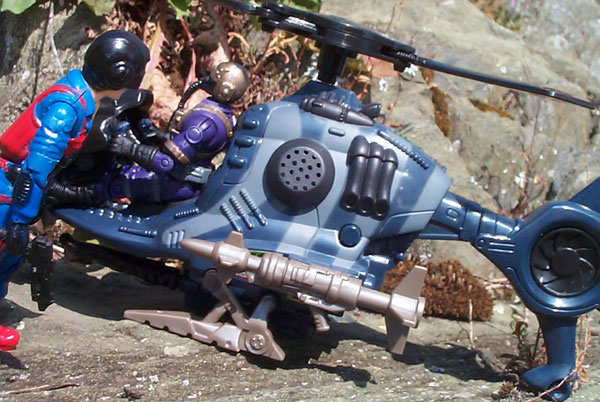 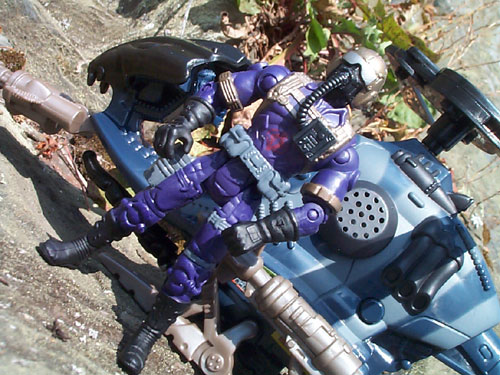 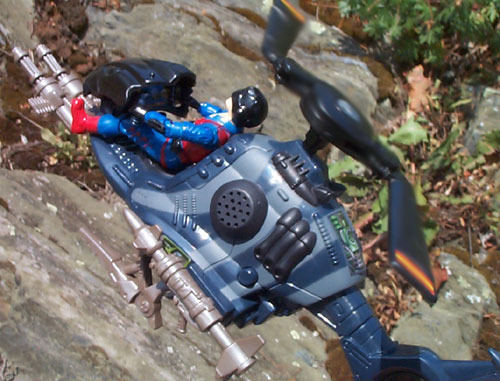