I haven't felt quite as "gung ho" for a G.I. Joe property in at least a few years when it comes to thinking about G.I. Joe: Resolute. Sigma 6 and Resolute both are ranking very high on my list of favorite concepts for the G.I. Joe brand, and while many Joe fans wouldn't consider that very high praise, I definitely do. I loved the Sigma 6 line in a way that I hadn't loved G.I. Joe since the 90's, and Resolute takes the best aspects of that line, and puts it in a better, more managable scale. So when rumors started flying that with the rush to movie themes, Resolute figures might end up being dust in the wind, I knew I had to do something to ensure that they made it to my collection. Even ones that are a little... less than stellar, like ole Anastasia here. Living proof that nothing is perfect, the Resolute version of the Baroness seems to be a noticable step down from other figures we've seen, like Roadblock, Snake Eyes, Destro, Duke, or... well... pretty much every single other Resolute figure that's been released or at least shown. From the neck down she is a simple repaint of the latest Baroness figure from the third COBRA 5-Pack, which actually works in her favor, because it's an awesome base figure to use. But honestly, beyond that great base figure there haven't been any improvements to the figure, and in fact, the changes are for the worse.

As I mentioned, this figure uses the same awesome base figure as the 5-Pack Baroness, which is heads and shoulders above what we've gotten previously. It's a realistic looking female, and as loathe as I am to use the term, it actually makes for an "attractive" looking female figure. The textured armor, the raised COBRA logo, and the curves of the sculpting are all remarkably well done for such a small scale, and because of those great base parts, for the most part this figure is really quite nice.

However, the one new part that this figure received, the head sculpt, actually doesn't work for me all that well. Now, we should all keep in mind that this is a pre-production figure, so obviously things could have changed in the final release, and likely would have. But from my perspective, the head itself is oversized and comes off looking a little overly pale, especially constrasting her jet black sunglasses and hair. Speaking of those glasses, they're sculpted in such a way that they appear to be removable, but they are not. Not to mention the fact that she doesn't even wear sunglasses like this in the cartoon, and it ends up looking a bit goofy. Also, she suffers a bit from "big hair" syndrome, meaning her hair almost seems overly sculpted and wavy, in a way that does not look much like Baroness, or like she even appeared in Resolute itself. 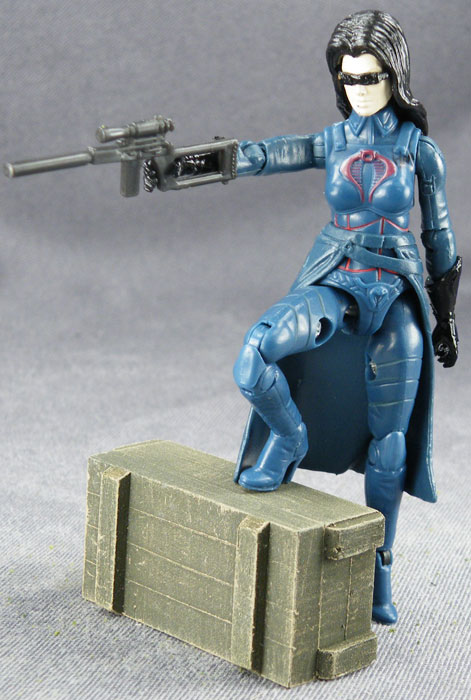 Even with the large and oddly styled head, though, the figure overall is still fairly nice. The paint scheme, while it doesn't match the Resolute cartoon, does match the Resolute COBRA Commander figure, which is a very nice touch, I think, and almost gives us a whole new COBRA color pallet. The faded, animated blue color of the uniform with the funky red accent on the logo and the armor trimming adds a nice, different color scheme to this familiar character, but keeps her in the COBRA style. The black loves, glasses, and hair all add a great shade of darkness, too, to draw it all together.

For whatever reason, too, Hasbro has seen fit to design most of these Resolute figures with some sort of skirt or long coat that restricts some movement in the figure's legs. COBRA Commander had it, Destro has it, and here, the Baroness has it. For aesthetic purposes, it looks pretty nice, even if it does restrict some movement. It's actually not quite as bad here, since it doesn't cover the front of her legs, but it still looks a bit strange. In the cartoon, the Baroness had a full coat and this was the coat tail, but obviously she doesn't have a coat here, so it's tough to tell exactly what this thing is, other than just a belt with a funky cape.

I like the colors...I like everything from the neck down (even if it has been used before), and for the most part, I do like this figure, it just sort of pales in comparison to pretty much every other Resolute figure we've seen.

I gotta admit, though, the figure itself was only part of the appeal when this was initially shown...I almost hate to admit it, but the real reason I ended up with this in my collection? The weapons.

Okay, that bottom weapon has been seen several times before, but the weapons above it are all totally new to this figure, and every one of them is fantastic. Absolutely fantastic. Normally I'm far from enamored with rocket launchers, but for some reason, this particular launcher really appeals to me. It's a nice blend of old tech and new tech, it looks real, yet still fits in with the Resolute "ten minutes in the future" time frame. The silenced pistol with the stock and scope is also an awesome looking little weapon, again remaining somewhat in the future, and giving Anastasia a nice little "assassin" vibe. But my favorite weapon is the bad ass machine gun she comes with (two of them in fact!) I won't pretend to know where it comes from (though it looks at least a little bit like the AA12 Automatic Shotgun), but I really like the drum magazine, and the mounted grenade launcher, and just the overall look. The Baroness has never been well known for a tendancy with weapons, but here she comes absolutely STACKED with gear. Who knows for sure if she would have come with all of this stuff if she had hit retail, but for the sake of this figure, she came packed with it, and I love it. It was honestly a huge selling point. 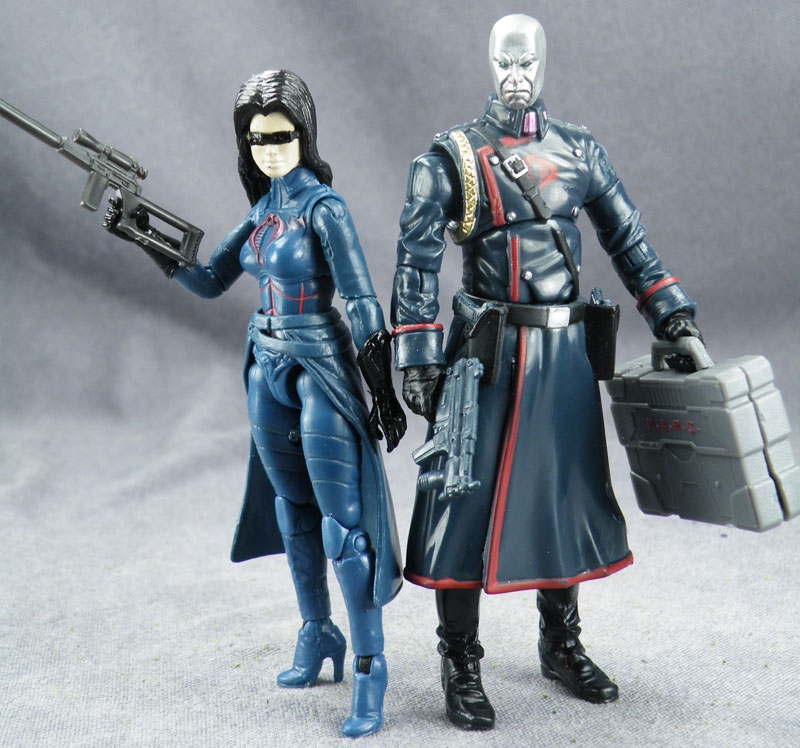 The Baroness is far from perfect, and while she uses a great base figure, she has her share of minor faults. The colors are nice, the head sculpt is sketchy, but the weapons are incredible. Some trade offs, but overall, I am happy to have her, and I'm glad she'll fill a spot in my Resolute collection. I only hope that she becomes more accessible. I think if she were a mass market release, there wouldn't be many folks who were fans of this figure, but as it stands, she at least seems to be somewhat in demand.

Definitely the weakest of the Resolute figures seen so far, but still has some strengths on her own. If she never gets released, it won't be a crime, but I do think she could fill a nice spot in your Resolute lineup. 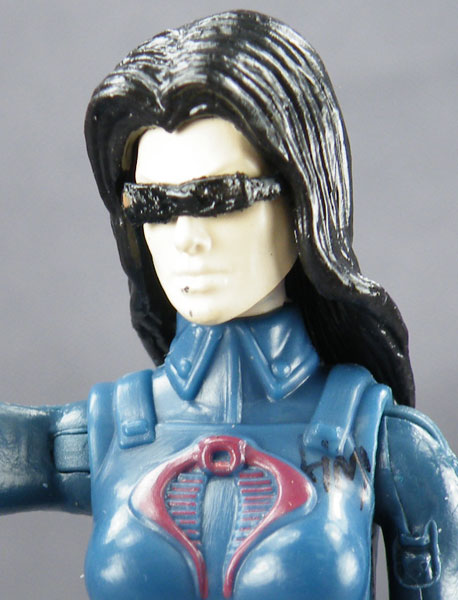 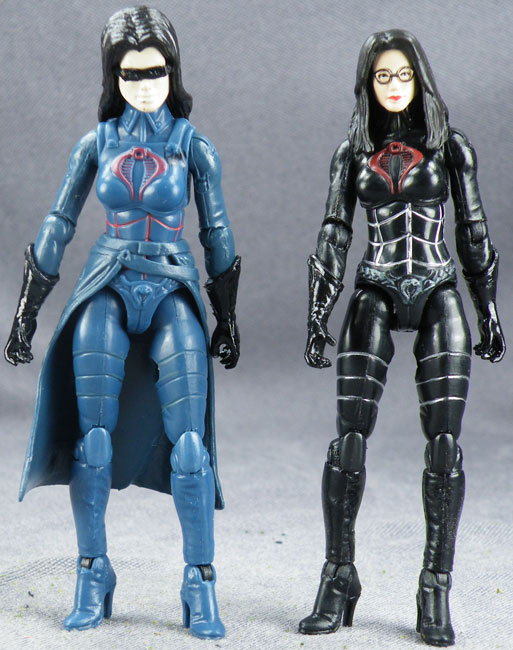 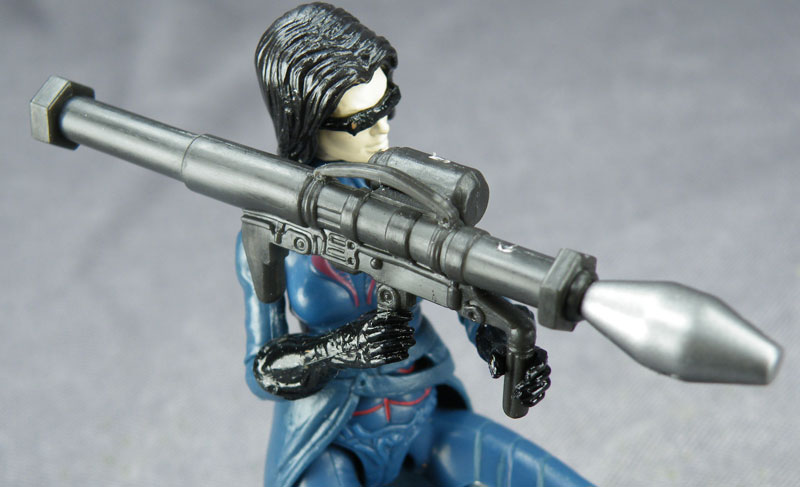 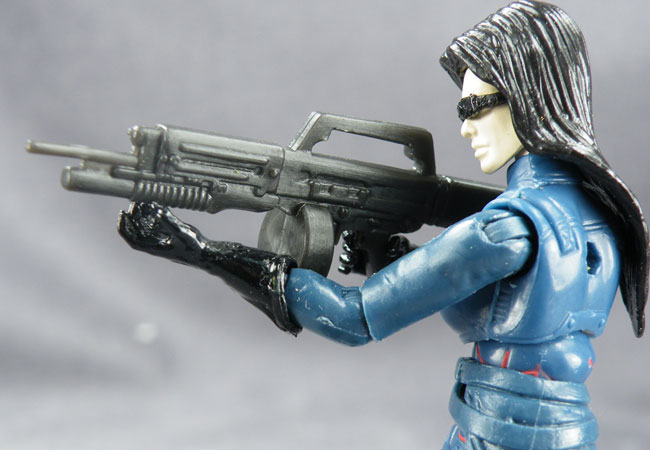 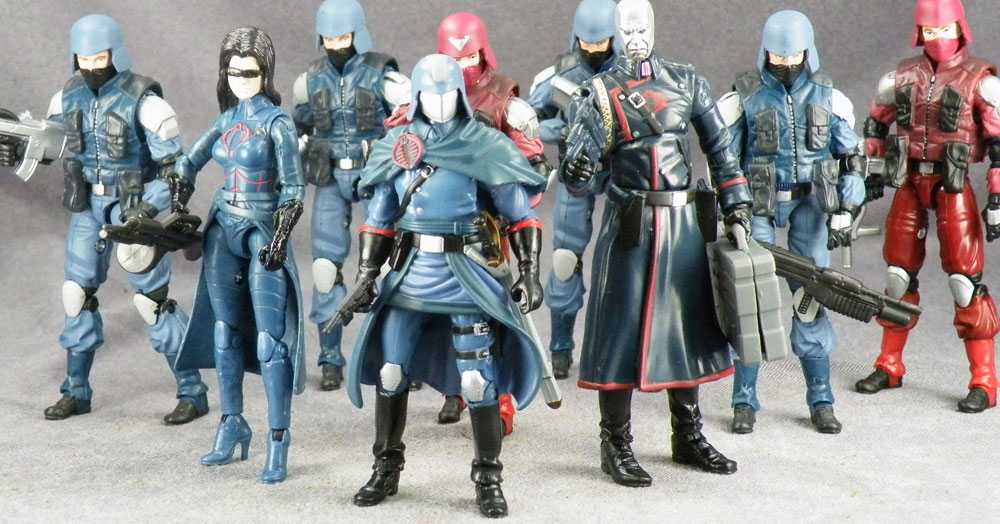 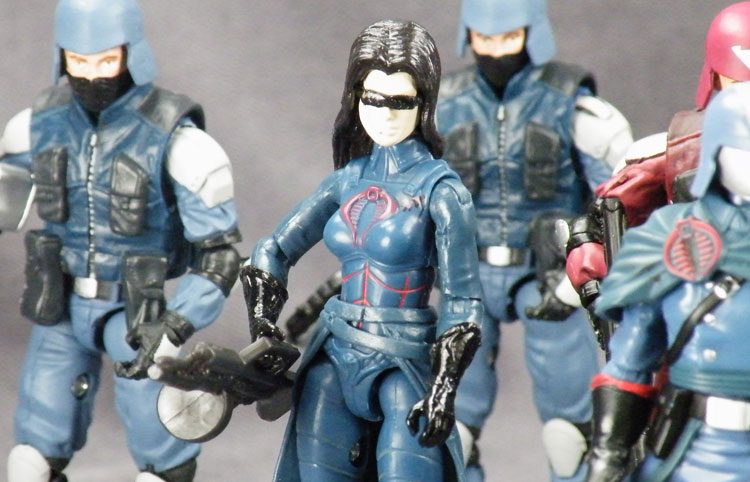 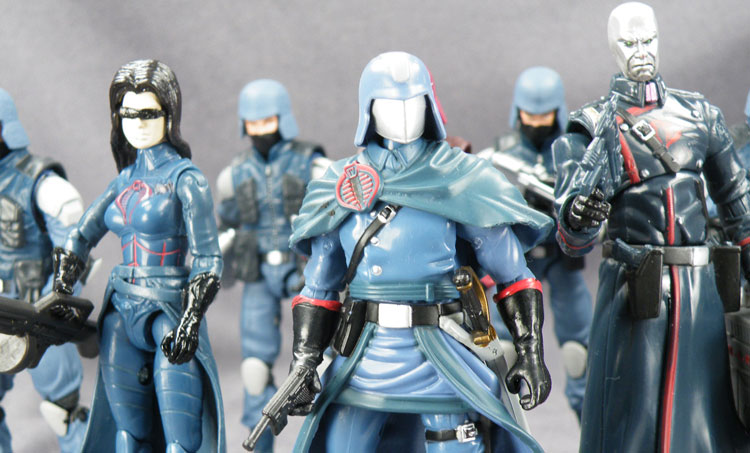 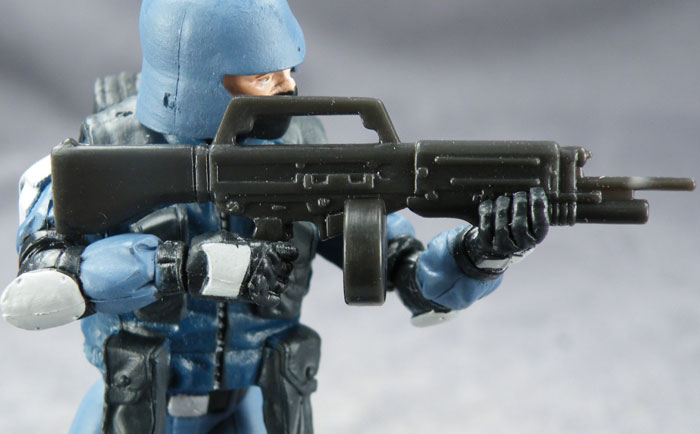 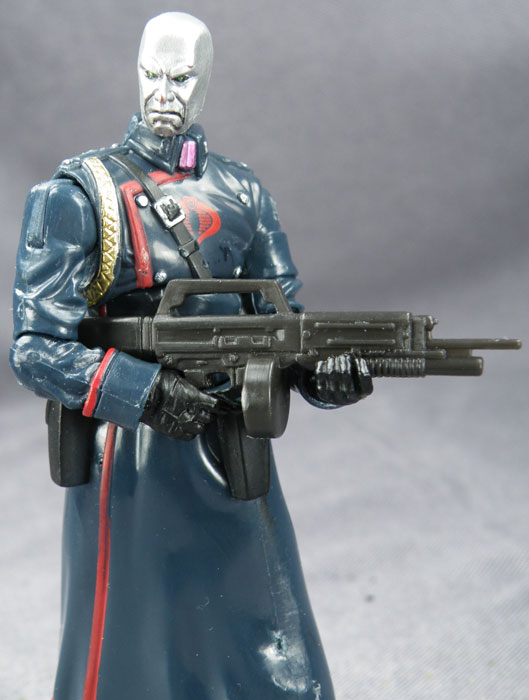