There are certain designs that just lend themselves to Anniversary sculpting, and the Iron Grenadier Destro is definitely one of those. From the cape to the shoulder pad and thigh-high boots, that figure just screams detail. That being said, it would be very tough to improve upon the 2008 Wave 1 version of the figure, and this one definitely does not do that. However, he comes packed with one of his venerable Iron Grenadier troopers, so that helps offset the issues somewhat. It's nice that the included comic also blends into the existing Marvel continuity pretty seamlessly as well.

Even with his pea-sized head, the Iron Grenadier version of Destro is an impressive action figure, from head to toe. I love the black clad version of this figure, but this one just doesn't do much for me. He does match the previous Comic Pack version of Destro fairly well, but still I don't see much need for a gray/blue hued Weapons Supplier. Sure, it makes him a bit more "comic colored" but I still cannot find any use for this figure in these colors. 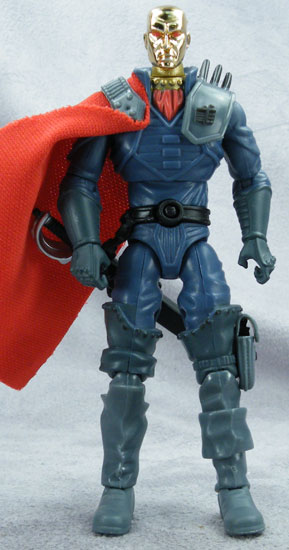 Not much else really to talk about with Destro. He's got the same parts, the same accessories, pretty much the same everything. Not much to get excited about. 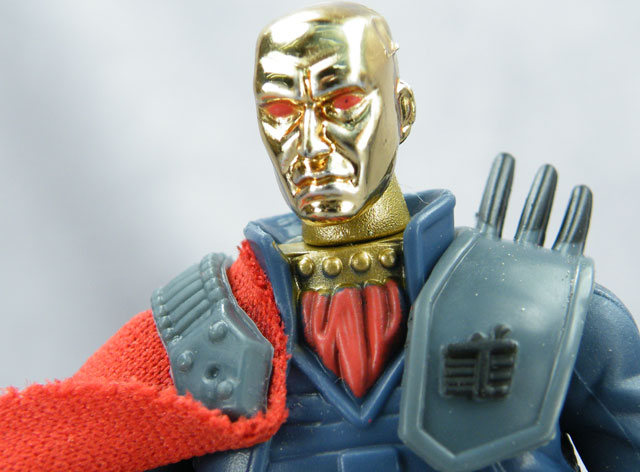 Same pistol, same sword, same deal. Even though it's an awesome figure, it isn't really one I can get all that excited about. 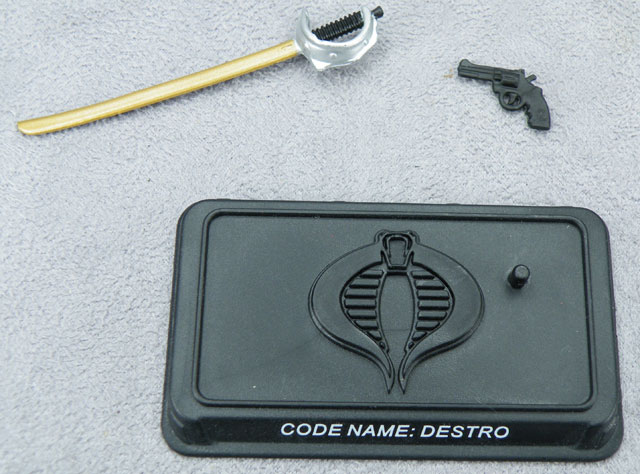 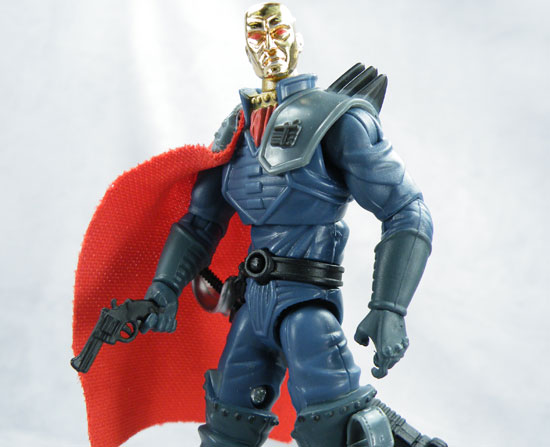 This figure caused a bit of hysteria when it first showed up, considering it used a lot of the same tooling as Battle Armor COBRA Commander, which seemed like a very odd choice on the surface. But with the right webgear and the new head and lower legs, I find myself almost shocked at how well the figure works, even with the COBRA Commander parts. It's pretty remarkable. Maybe it's because I love the Battle Armor COBRA Commander figure so much, but whatever the reasoning is, unlike a lot of folks, this figure works VERY well to me. He seems very armored, very advanced, and perfectly meshes with Destro.

With the solid black color throughout most of the figure, the finer details of the Battle Armor COBRA Commander are lost, and to me, that's a good thing. It helps take away from that tooling a bit, and doesn't make it quite so obvious. To me the important part is the range of motion, and the joints for the COBRA Commander are so smooth and flexible, that it works very well for the Iron Grenadier. If I have any complaints it's that the Grenadier does look a litte bit chicken-legged. I can't really figure out why, but I would think it's a mish mash of the lower and upper legs kind of bending in at the knee. But that's a somewhat minor issue overall to me, and all told, the figure looks very good. I absolutely LOVE the new head sculpt...it is really terrific. The armored shoulder pads and torso armor are great too, and I really like the chest strap. Gold gauntlets and shoulder pad work well, and I love that mix of red and black in the lower legs.

Even with a strange mixing of unexpected parts, this figure works nicely. I can see it. 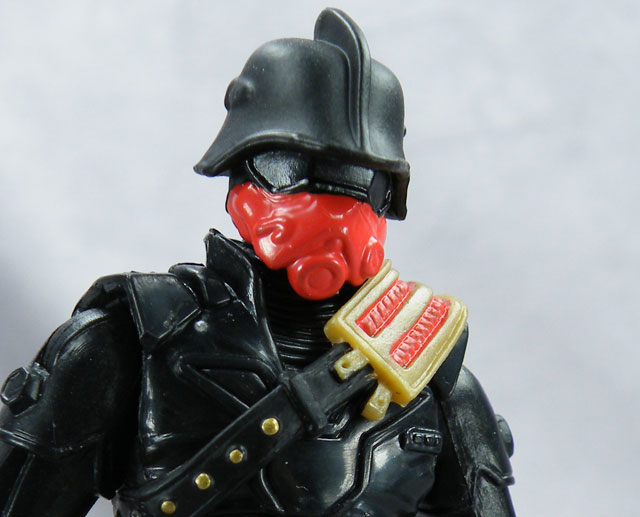 Stepping back and looking at the Iron Grenadier it's a very cool looking figure, and I can see myself building up a little squad. I'm a huge IG fan, and I like that this figure looks like more of a modernization and not so much a direct rehash of the existing trooper. That makes this version look much more modern-day and like a trooper that Destro would use now instead of twenty years ago. 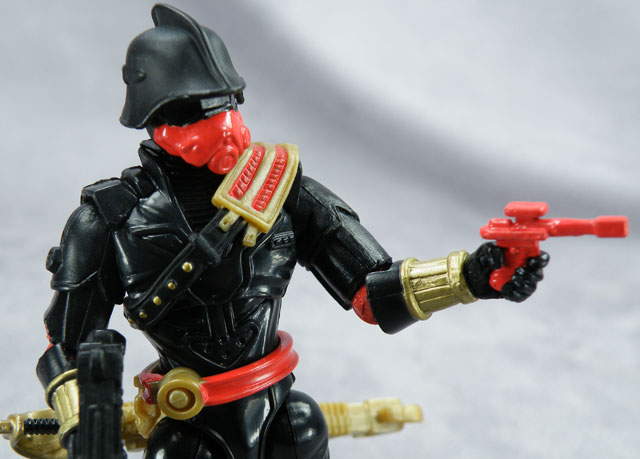 The Iron Grenadier comes with most of the same accessories that he did back in the day, his pistol, Uzi, and removable sword. The Uzi looks pretty large to me, and his pistol looks really, really small, but they are similar enough to the original to work, and they fit the figure's hands well, too. 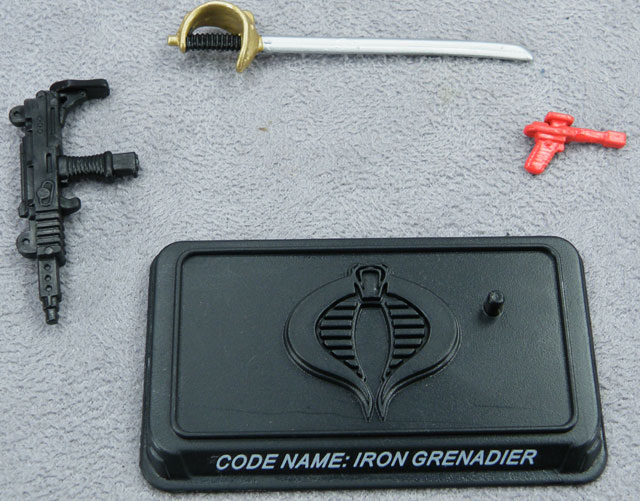 It was a pleasent surprise reading the comic and seeing that it fits fairly seamlessly into existing Marvel continuity, specifically just before the events of Issues #87 through #88. This is a great idea, I think, and features the two characters in the set very nicely. The unremarkable Destro takes a bit away from this set altogether, but the addition of a valued army builder, and a great new version of that army builder helps things along, and all told, the set ends up with a decent grade. The comic book pushes it a little further as well. 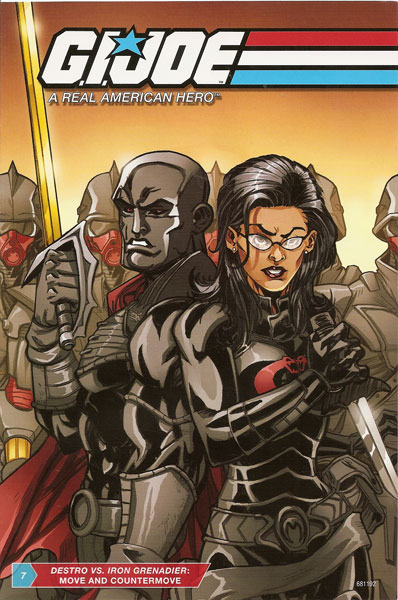 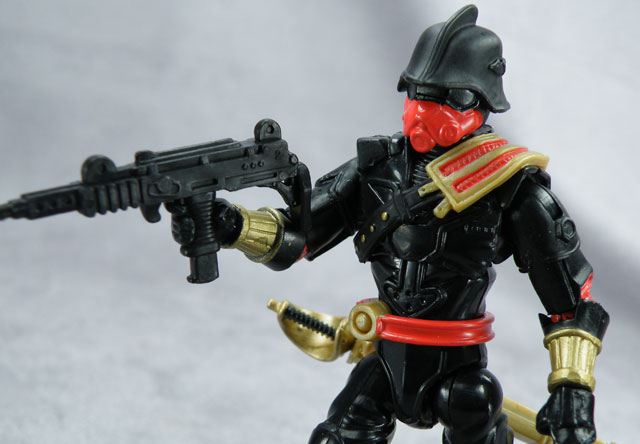 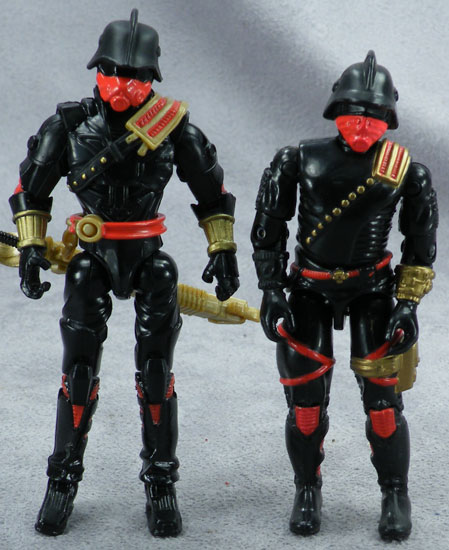 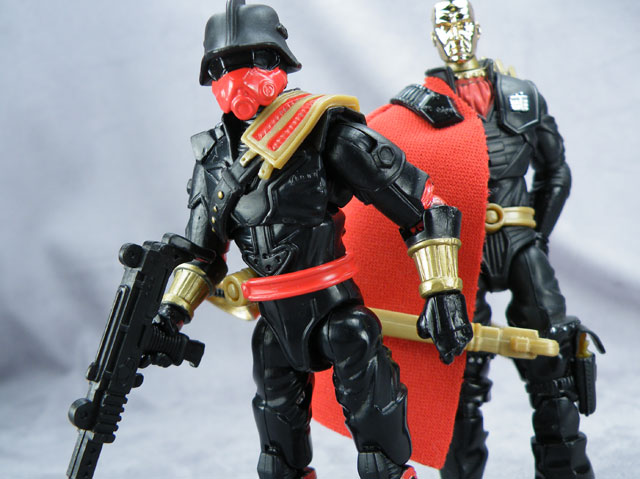 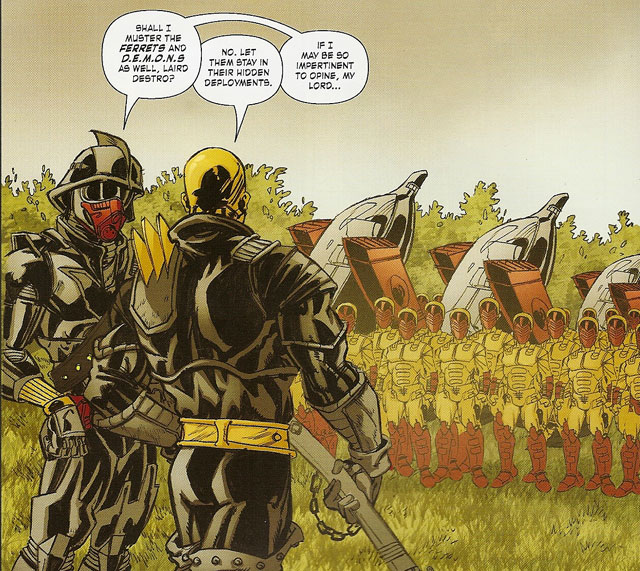 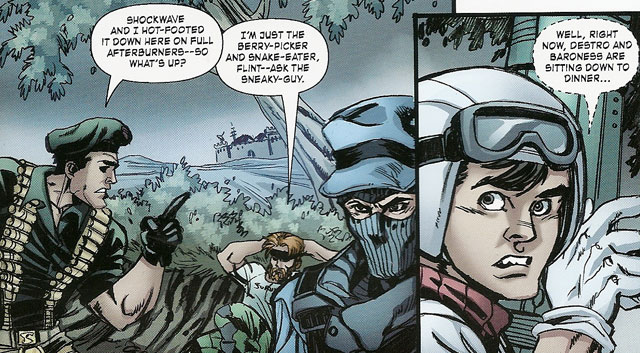