Yeah, it's a little silly, but I think we're all so starved for Anniversary info, we gotta take what we can get!

As folks have seen, the first G.I. Joe "Battle Pack" will come with a nice display box including the item you see above. It's a relatively small, plastic G.I. Joe logo that will be a feature of the packaging. It's bright in color and I think it'll definitely attract the 80's nostalgia buffs as well as kids walking down the aisle.

But that's not the coolest thing about the included logo...it has a hidden surprise when you push the star... 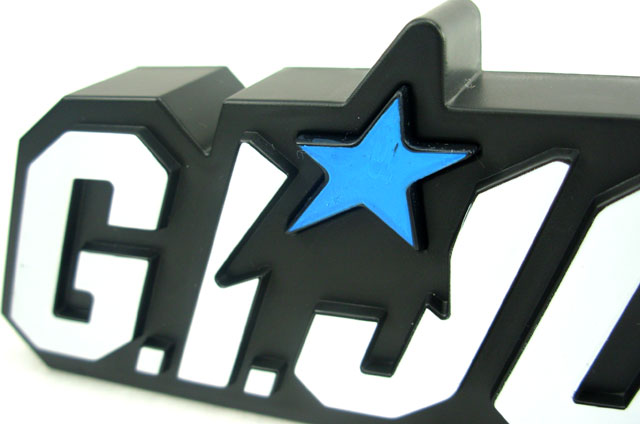 How cool is that? One little press of the star, and the instantly recognizable theme song plays! A very neat little touch, and definitely something that will bring back some memories. 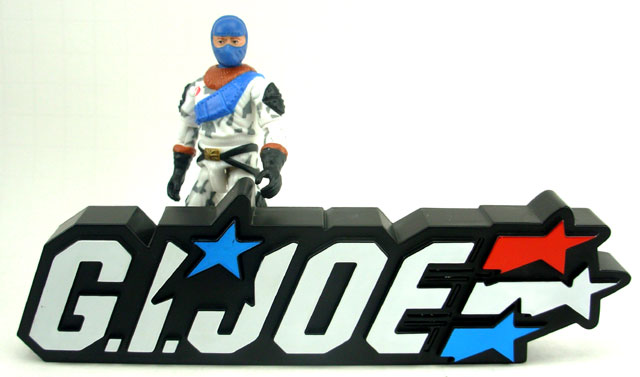