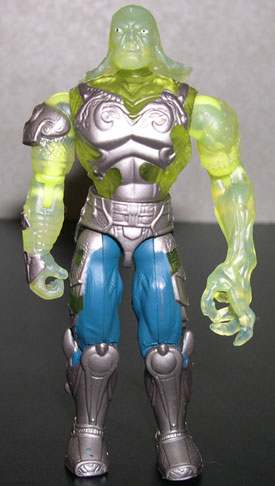 So, I'm pretty much a sucker for the Valor Vs. Venom concept. For whatever reason, I really dig the idea of superpowered humans infused with animal DNA to become more powerful, more deadly warriors. It really seems like something COBRA would do, and so far most of the V-Troops have come out pretty well, I think. Venomous Maximus makes a fantastic leader for them, and with the exception of a few figures, I like pretty much all of them for what they are.

So how do they become what they are? Venomization, of course! And the Venomization chamber...

I'm honestly surprised to see Hasbro release this...I mean, it's not a vehicle of any sort. There isn't a whole lot of play value. It's mostly a static chamber for transforming hapless civilians into wild creatures. It will look awesome in a diorama setting, but I wouldn't think the kids would be really interested in that. Regardless, I'm extremely happy that they did decide to release it...it ROCKS.

While the G.I. Joe side of the Alpha vehicles went out on a high note with the Desert Coyote, the COBRA side goes out flying equally high. What a great way to end a great series of COBRA Alpha vehicles. With this line we've gotten the Pulverizer, the Venom Striker, the Sting Raider, and now the Venomization Chamber. Hasbro's really getting the hang of this Alpha vehicle thing. We've been getting great new vehicles, and most of the figures haven't been half bad either...of course, we will overlook that "Battle Hornet" thing, but besides that, it's been one success after another. This vehicle goes right along with that.

Hasbro did a great job capturing the animated feel of the chamber from the Valor Vs. Venom movie, and translating it into plastic form. It looks cartoonish, but still looks very real, with a large, rounded opening hatch and a very nicely shaped housing for the poor victim inside.

The platform is also intricately designed with some great looking tech and meshes great with the control panel that would appear to transform the aforementioned victim. The colors are very basic, with lots of silvers and blues, and it just looks like it should - a transformation pod that takes victims and morphs them into Venomized beasts under COBRA's control. It looks downright cool!

And it helps that the action is actually quite awesome as well! I'm not usually a big fan of action features on my figures or vehicles, but on the Venomization Chamber it really, really works! The lever in front moves to the right, which spins the included strapped in victim and appears to transform him into the deadly Venomous Maximus! But it also makes very cool tech-sounds, culminating in a monstrous scream at the end as transformation completes. But along with this motion and sound, you get a very cool strobing light effect from within. With the strapped in victim, the light kind of blinks and throbs, but once the chamber spins and the translucent VMax is visible, his whole body lights up and radiates with power! At the end of the strobe-cycle, a green light lights up and Max looks ready to go! It's really an awesome, awesome effect, I think...I haven't been able to stop playing with it. In fact, I even whipped up a short little Quicktime movie to show the effect:

Right-click to save, or just take a peek, but check it out quick, I'll be taking it down very shortly for bandwidth reasons... 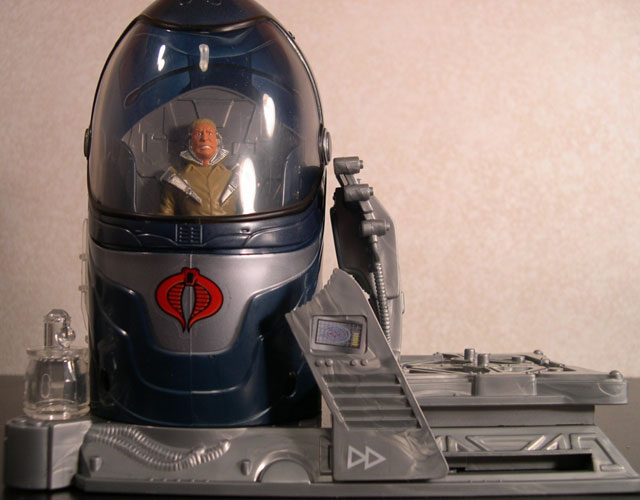 So, overall I'm very happy with the toy. And it really comes with a pretty cool looking Venomous Maximus figure, too. I think I'm one of only a few people on the planet who really digs VMax and is happy about having another version of his figure. The mold retains the coolness from the original, being part demon, part Viking, and part monster, yet all blending together into what is really a great looking figure, realistic or not. His scowling facial sculpt, long braided hair, and large, imposing physique all fit together to make for a very threatening creature. His almost Roman chest armor adds a definite imperial touch to the figure, which blends excellently into the rest of the mold. I still find myself really liking his oversized demon-hand, too...just as something new and different.

The paint apps on this figure are more plastic colors than paints. His pants are now blue where they were brown before, but his flesh is now cast in an absoultely terrific semi-transparent light green color. While this might look somewhat odd out of context, once he's in the Venomization Chamber in front of the strobing lights, the effect is just great.

So, rock on, Hasbro. It's really cool to see that you're still swinging some knockout punches even as the small Joes are taking a rest. I'm almost glad that it doesn't look like those other new vehicles are going to make it to store shelves, too...a lot of them were pretty uninspired...personally, I'd rather see the line start it's hiatus on a high note. With these two vehicles, Wave 7, and the Crimson Guard Force, that seems inevitable. I am certain that the line will return in the near future, and I have high hopes that it will maintain this level of craftsmanship.

All in all, as the Valor Vs. Venom line comes to a close, I can't help but be very pleased with the overall results. Huge leaps in figure design asthetic and construction...greatly improved vehicle execution and a wealth of very cool molds and overall figures adds up to a great series of toys to come out over the past year and a half. While folks have problems with the overall story behind the theme, it's tough to deny that the figures themselves showed great improvement as the line progressed. It's a bittersweet moment as you realize just how far they've come, only to also realize it's ending here, at least for a little while.

Here's hoping Hasbro can really pick up where they left off...I have faith that they can, and will, continue to produce new sculpt items of this design and caliber in the very near future. 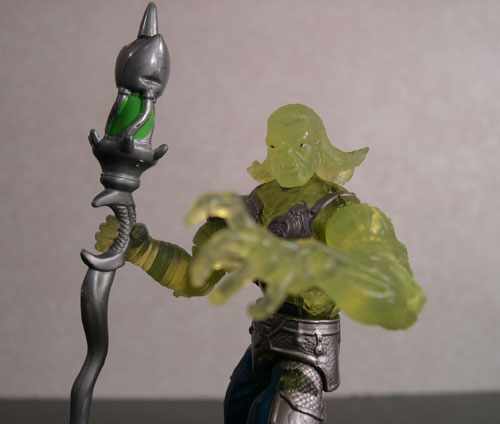 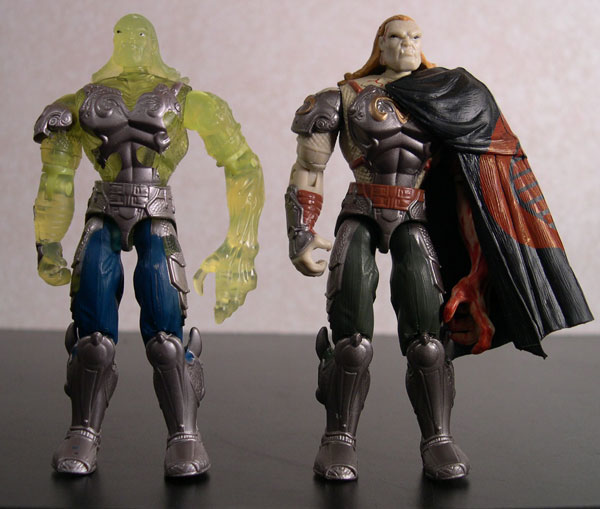 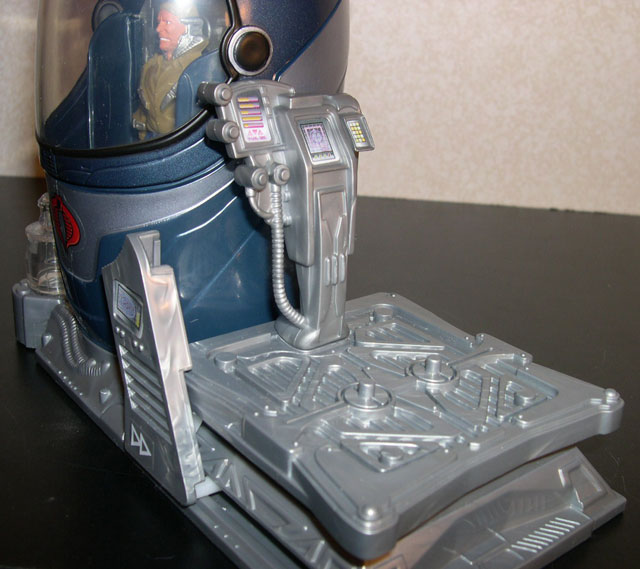 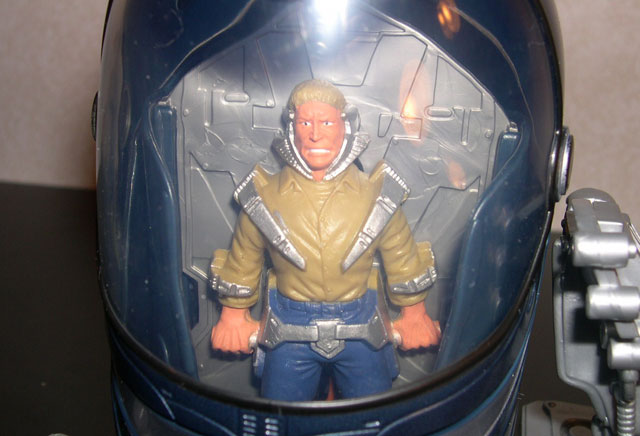 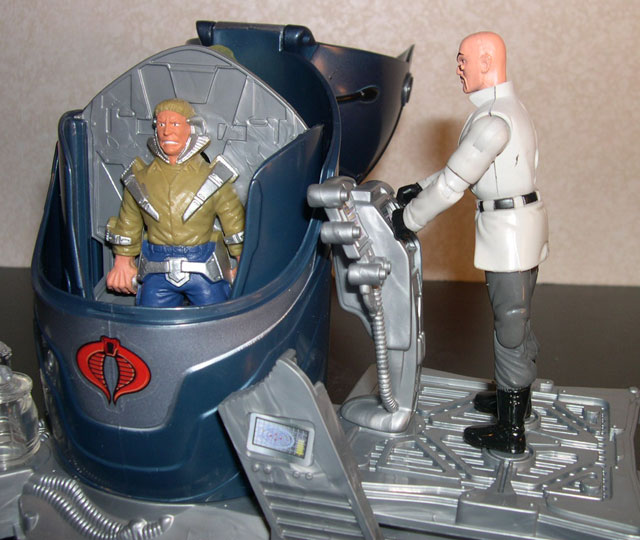 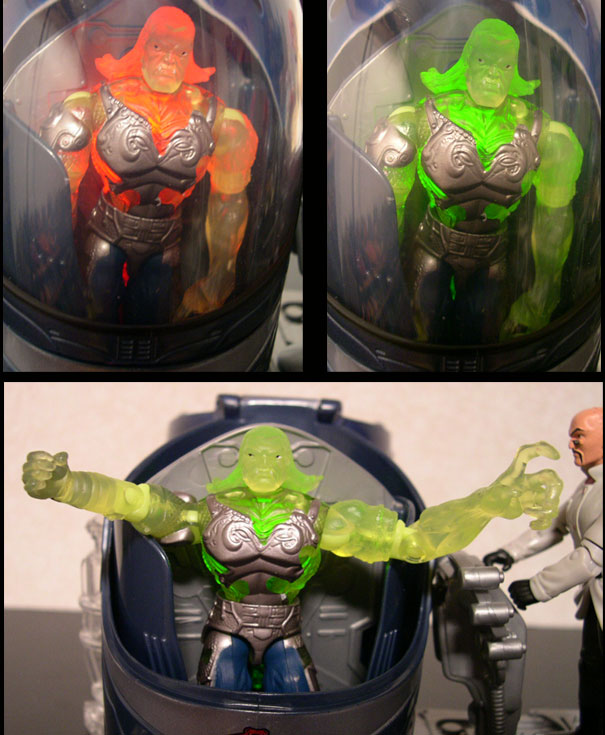