As with the Jungle Strike, I find myself somewhat mixed with this one, but will try to look at it objectively to a certain extent. Personally, I like my G.I. Joe/COBRA stuff with a sci-fi/fantasy twinge, and super-realistic vehicles have a mixed response from me. I love a lot of them...the Skystriker, Dragonfly, Mauler, etc...stuff like that was great. I just wasn't sure how well it could be pulled off these days, and something so strictly military-authentic like the Hummer. But, looking at this from a strict vehicle quality point of view, it is still an excellent addition to the Joe motor pool.

Is it good enough to warrant a repaint so soon, though? Well, my feelings on that are mixed. I love the Jungle Strike, but everyone here should know my stance on desert-specific items, and without a lot of play value the Desert Humvee is just sort of neat where the Jungle Strike pretty much rocks.

Well, design is nothing revolutionary...its just pretty much a straight redesign of the regular old US military armored jeep. Nothing really interesting out of Hasbro's mind, just a faithful replacation of an existing vehicle (which isn't bad, mind you).

The sleekness of this vehicle is pretty standard fare, with a nicely sloped hood and accurate overall shape. The opening doors and changable weapons add some flair to what could be a very basic vehicle, but not a whole lot. The rubberized tires are nice and roll freely, but it would definitely appear that this vehicle was designed more for collectors as a display piece and less as a toy with real action features. A spring-loaded missile launcher is about as feature-ish as it gets, which is actually fine with me. I prefer my vehicles feature-less, as long as they're still fun to play with.

Playability on this thing is hit or miss...it rolls nicely, and again has all of the opening doors/trunks, etc. For someone like me, who uses these things primarilly in dio's or on display, it works fine. It is quite reminiscent of the classic stuff, too, which is nice. A thin, streamlined vehicle with an air of realism. The only real problem is that it's almost TOO realistic without any of G.I. Joe's established pseudo-futuristic flash. Add that to the fact that it's in a desert-oriented repaint, this vehicle doesn't do a whole lot for me. It doesn't really offer anything amazing that wasn't already available in the Jungle Strike...but those folks who are desert ops fans will probably like it quite a bit.

I can see why Hasbro did it, but getting two versions of this Hummer within a few months just seems like somewhat of an overkill. Especially now that we've seen the new Night Ops Humvee, with some spectacular modifications and retoolings, and seen what this humvee mold is really capable of, it just makes this one seem kind of lackluster. It's still a faithful representation of a desert vehicle that our military uses to this day, but beyond that, it does nothing really special for me.

I do appreciate the fact that Hasbro is at least giving us something more for our money, even though that "something more" is just another Duke figure. The figure remains just as bland, mold-wise, as Rollbar was, but at least with some desert camouflage, it has a little bit more going for it. It also has a pretty darn nice head mold that really separates this figure from a lot of the other Dukes. His sculpted flattop and steely gaze make this a pretty neat updated Duke, even if it's a little too boring for me to use on a regular basis.

Hit or miss, when it comes right down to it. It was somewhat hard to find, and I'm not sure it's really worth hunting down, and it doesn't add anything really new to the whole Humvee concept that the Jungle Strike didn't handle nicely. It's got a desert motif which does nothing for me, but it's still a pretty military-accurate vehicle and has some nice play value.

If you can find it on your store shelves (check K-Mart!) for around $15-17, it may be worth a grab, but don't go too far out of your way unless you absolutely need a sandy version of the well-known Humvee. 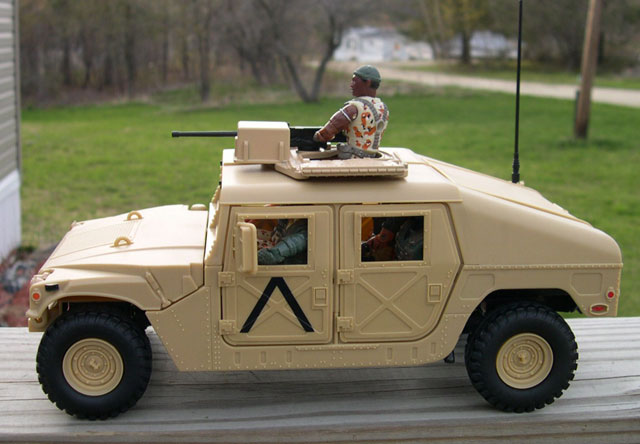 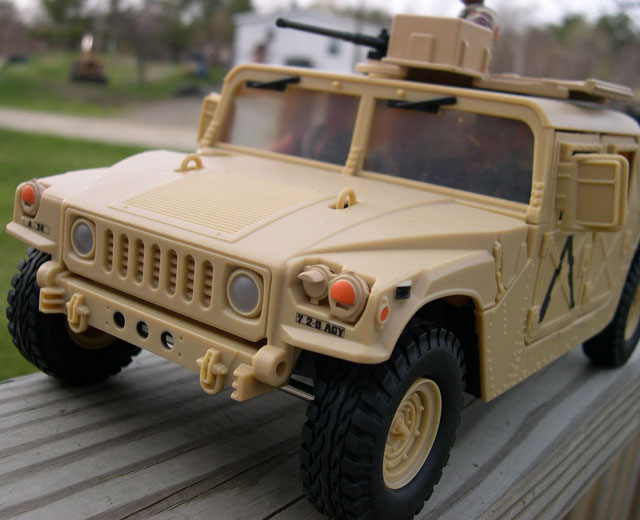 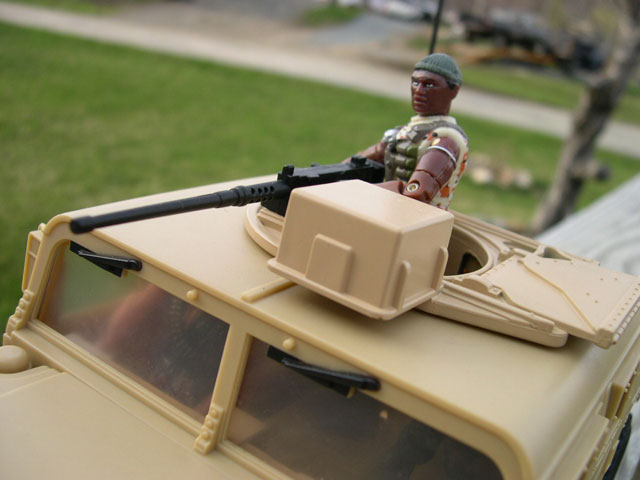 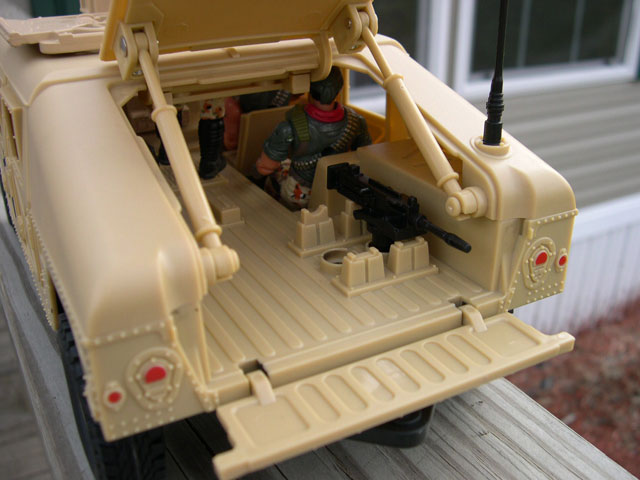 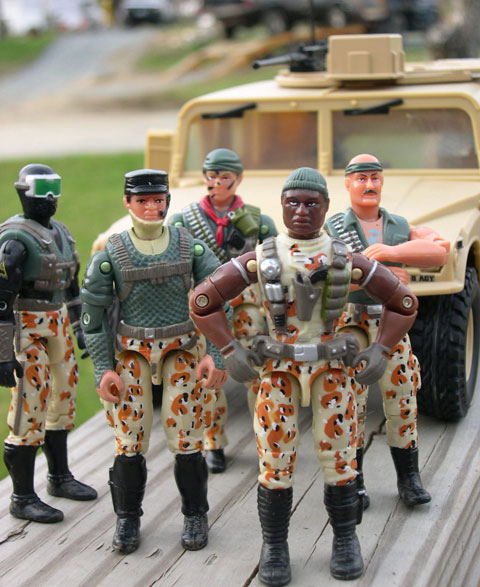 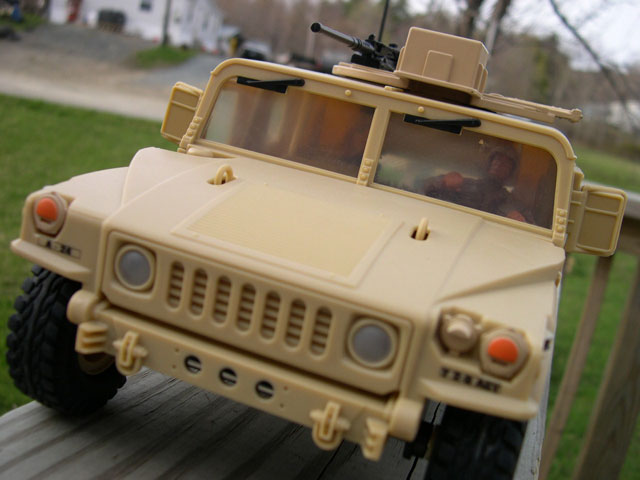