Anyone who knows me or has read even a fraction of my reviews knows how much I ended up loving the Valor Vs. Venom Viper figure. Ever since the concept art was first shown at the 2003 Convention, I had a feeling this figure would be very cool, and when it was actually released I was not disappointed.

I have not been known for my army building, especially where the new sculpts are concerned, but I found it necessary to get myself 20 of these Vipers...the asthetic design of the figure was so darn cool that I just could not refuse. Even with an oddly reddish/purple color scheme I could not keep myself from stocking up on these figures, even as I got the feeling that the mold would be used again, and probably better.

Well, it took over a year, but I was proven right in my hesitation...too bad I couldn't convince my wallet to listen back then! The Viper mold has been re-used indeed, and colored to match the classic Viper troop from '86...and it looks great!

Well, the one downside to this figure in my mind still exists, and that's with the proportions as always. Normally the issues are not quite so evident, but here in Wave 7 as Hasbro really starts perfecting the human form, you can really tell where the long leg problems are and which figures suffer from them. Unfortunately, this figure does suffer from these issues, yet I still find myself loving it.

The head/helmet sculpt is a real drawing point to this figure overall. Using the design of the classic Viper as a base, Hasbro manages to make it look even more wicked and more modern with a sharp edged flair in the facemask and on the back of the helmet itself. As a result, it definitely looks the part of the Viper, and yet looks like a new and improved version, which it should.

The torso mold is great as well, with a more integrated padded flak vest look featuring a layered pattern that is really eye catching and different. This look ties in to the padded shoulders and torso pouches with near perfection and gives us a uniform top that is both functional and impactful. A seamless combination of form and function continues along the arms with the nice shoulder pouches and very cool armored gauntlets attached to nicely adorned elbow pads. I can only imagine the Vipers using these on hapless prisoners, or if they get trapped into a fistfight...very dangerous last resort weapons indeed.

The legs carry on where the arms leave off and give us another very nice pattern mold change along the inner thighs...the layered armor there meshes with the smooth material of the outer legs perfectly, yet all comes together in the boots to make an awesome impact. The uniform is just filled with interesting details, yet still maintains a very realistic, if somewhat futuristic appearence. And really, upon really looking at the figure, the proportion problem isn't as evident as I originally thought...compared to Wave 7, yeah, his legs are a little long, but the figure overall just looks nice and solid and imposing...as a COBRA armored trooper should.

I had to go and get 20 of the original Viper figures, didn't I? Well, in all honesty, I'm not real sorry I did. I still love that figure...I love the integration of red and black in the face mask...I love the bright, vibrant, different colors...I love the way they work in the COBRA APC. I have no issues with those figures at all, I just want a bunch of these figures, too. However current financial situations will most likely prevent me from army building these as I did the red ones.

Regardless, what an improvement, huh? Since the original Viper was released (the VvV one, not the '86 one) fans have been clamoring for an updated version with colors more fitting for the figure. Many fans even went as far as to make customs and photoshop images of the Viper in a more "correct" paint scheme. Well, Hasbro has listened and produced for us one kick ass looking blue, black, and red COBRA Viper for the next generation.

The overall blue of the uniform is rich, deep, and eye-catching, to be sure. It also meshes to near perfection with the black hue of the padded vest and kneepads/armored boots. This all works perfectly together. But perhaps the most fitting look to the figure is the increased dependence on red, which really brings a nice vibrant overall look to this COBRA trooper and makes him even cooler. The bright red shoulderpads and gauntlets immediately draw friendly attention and make the figure stand out very nicely. It also serves to further darken the existing blacks and just make the figure pop. Rounding all of this off with nicely colored gold grenades and a proud, red COBRA sigil emblazoned on his chest just perfects things and makes this Viper look plain awesome. Great repaint work, Hasbro...just great.

Not much new and exciting here, but it doesn't need to be. Standard issue AK-47, which is great, plus the always handy Scorpion submachine pistol. Not much weaponry needed, and what he's got works well. No new guns here, but I don't think they're necessary in this case.

Very, very nice. I only wish I had the resources to army build these as I did the version 1's, but even with only a few, this figure is a damn nice addition to the COBRA corps. The mold is terrific and the colors capture the mold almost perfectly, giving you a great all around COBRA foot soldier. Combined with an equally useful Gung Ho and you have what's pretty much a can't miss two pack. Good choice here. 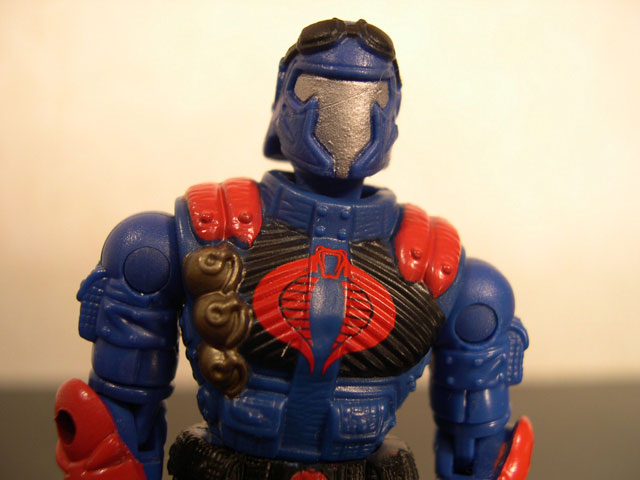 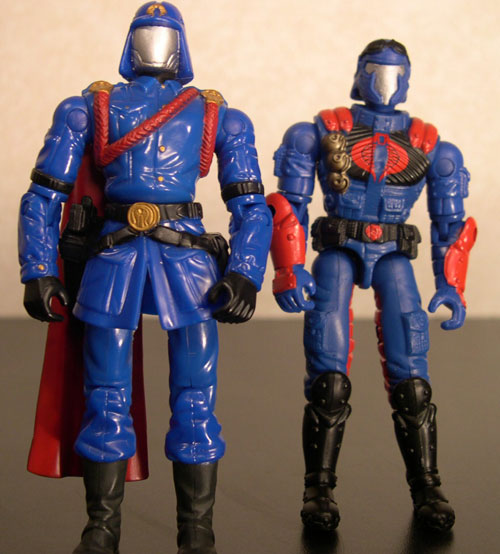 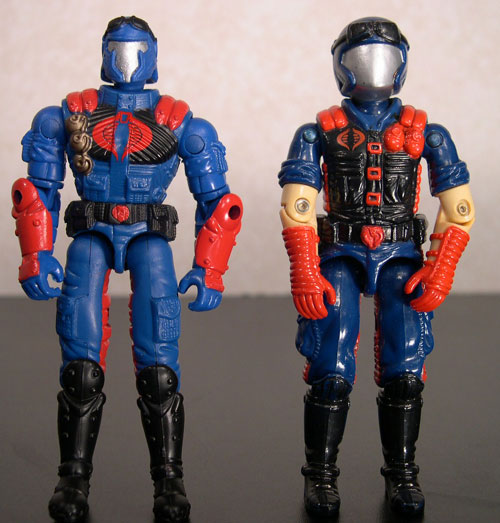 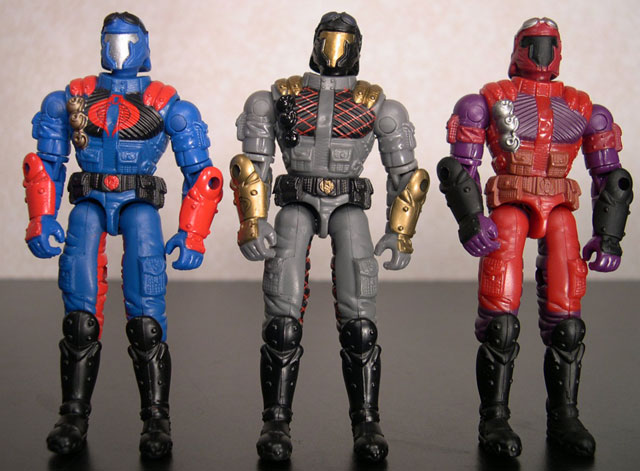 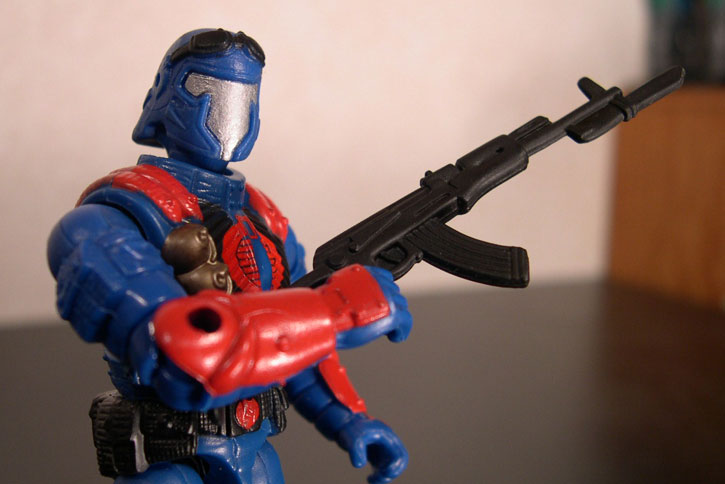