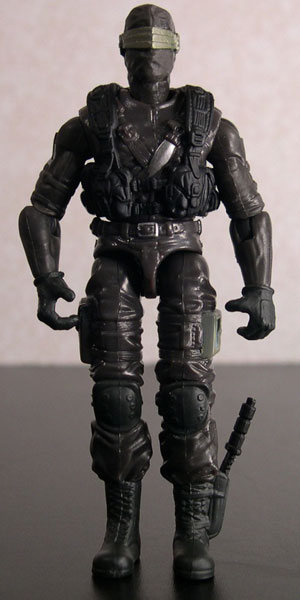 If anyone had told me 6 months ago that I'd be staring at yet another new Snake Eyes figure with my mouth agape, just shocked at how damn cool he was, I would have thought they were nuts.

I mean, come on...Snake Eyes has had, what? Twenty-Five versions? Hasn't he been done to death? What the heck can Hasbro do that they haven't done three times already?

It's really odd, actually, that the look of the '85 Snake Eyes is what carries through the years and influences his look so much in other media. Snake Eyes has appeared with goggles throughout most of his run...it was only in '85 that the infamous visor made it's appearence, yet that figure is so famous and so well-regarded that this minor adjustment to his uniform has defined the character for decades. This was something that Hasbro just couldn't quite grasp...until now.

The head sculpt for this Snake Eyes figure is plain incredible. The mask itself is actually baggy over the human head underneath...it fits and hangs with ultra realism and the visor looks equally real over the wrinkled mask. I cannot properly express how cool these little details really are.

The torso is an equally realistic looking rubberized bodysuit of a sort, yet the adorned straps really bring out some nice detail. A little touch like the small knife attached to his chest really works wonders.

The rest of the figure carries this military look to the extreme as well, making Snake Eyes once again a commando first and ninja warrior second, which is vitally important, in my opinion...it works wonders to make Snake Eyes cool again. The kneepads, realistically strapped adornments (with just the right wrinkles around the belts) and other little touches only add to the extreme coolness of this mold. It's really fantastic.

It's quite obvious that this figure is at least based upon how Snake Eyes appears on the cover of G.I. Joe Reloaded, which is fine with me...that appears to be a great base to work off of, and this Snakes is effective in ways that previous versions only tried to be. My one gripe is kind of with the newly sculpted shoulders here...Hasbro seems to want to sculpt the torso to meet the shoulders just right...while this looks great asthetically, it seriously effects certain parts of the figure's movements. Snake Eyes cannot lift his arms straight above his head. This is a minor complaint, but one I've had with certain figures since the old days, and it still holds true today. Additionally, I love the swivel wrists on Snake Eyes, but his hands have that odd shape to them that some of the new figures have. It doesn't seem to affect his ability to hold weapons, but the guns sit a little oddly in his hands, which is another slight downside.

These minor complaints don't take away enough from the figure, though, and overall it's still a highlight of the wave.

Well, it's Snake Eyes...what can you expect? Blacks and grays and more blacks and grays. Is this color pallet somewhat bland and boring? Yeah, it can be. But does it work for Snake Eyes? Of course it does. I'm usually a lover of much brighter, more vibrant colors, but with ole Snakes, you can't go wrong with black. Hasbro does at least add some flair here and there with a silver knife on the chest, throwing stars on the shoulders, and grenades on the back. Also the light gray of the explosives on the left thigh add some nice flash as well to what could be a very dark figure.

Hachi Mama! Look at that freakin UZI! That gun is the epitome of coolness...absolute greatness. Again Hasbro produces an amazing newly sculpted machine gun to go along with a fantastic newly sculpted figure...this thing is just plain incredible. Not only that, but Snakes comes with another amazing submachine gun that looks equally as cool. The sword he comes with isn't quite as neat, and he doesn't really seem to have a place to put it, but overall the accessory compliment is fan-freaking-tastic. One complaint is his awesome boot-sheath and knife look really cool, but the knife does not fit properly into the place it's meant to go. Normally this wouldn't really be a surprise, but Hasbro has been much better about this lately. Now with COBRA Commander, Swamp Rat, and Snake Eyes we again have holsters with guns that don't fit, or only half the weapons they're supposed to. :/ This is all relatively easy to solve, since I've got a number of extra weapons around, but for some folks this could be a serious annoyance.

Snakes also comes with a great rubberized webbelt which fits nicely and really polishes off the figure quite well...toss in the requisite timber wolf, and you have a package that fits perfectly together. This is Snake Eyes come back to life and a figure worthy of the franchise.

Who'd a thunk it? I do believe I'm picking Snake Eyes as my favorite figure in the wave...it must be an amazing toy for me to go with a character so overused and so over-rated. Heck this figure is so darn cool, I feel like I need to have Snake Eyes in a dio-story finally! :)

Since this figure comes with Swamp Rat, an army builder (although he is a somewhat repetetive army builder at this point) I have no doubt he'll sell well enough. Anyone who wants a nicely designed, realistic military figure needs to look no further and don't hesitate to pick this figure up. It's downright amazing.

I also want to take some time here to talk about the comic included with these packs. Hasbro seems to have gone in a new direction and is integrating the comic with the Valor Vs. Venom movie. As a matter of fact, this comic takes up right after the movie left off with G.I. Joe escorting COBRA Commander to his prison cell, and Hawk recovering in the hospital. Some very neat twists and turns occur and I actually found the book very entertaining, especially for a free pack-in. It features a number of characters like Barrel Roll, Slipstream, Ace, Leatherneck, and Lifeline and fits into the VvV mythos very nicely. Excellent work, Devil's Due! 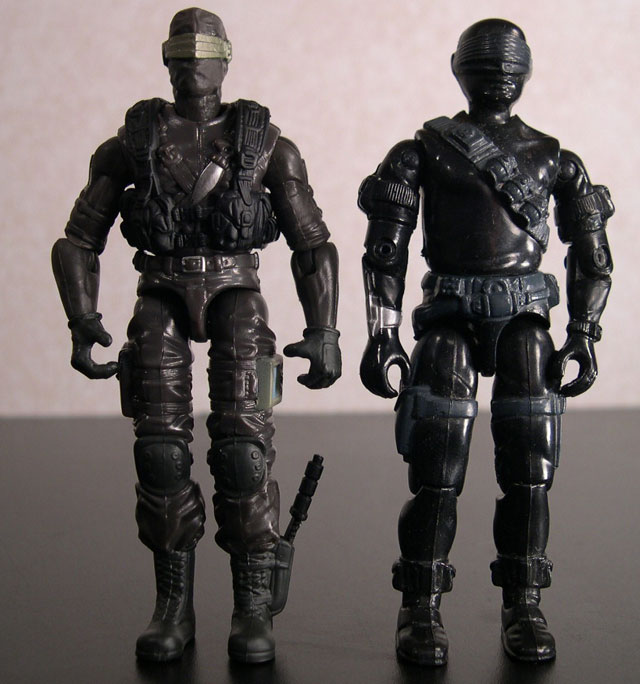 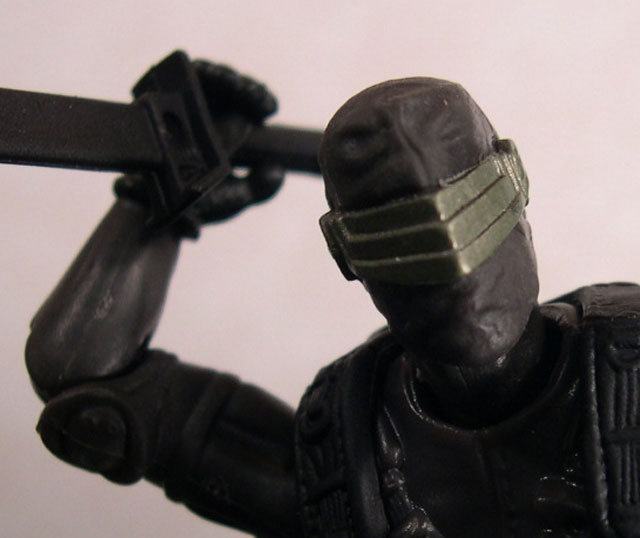 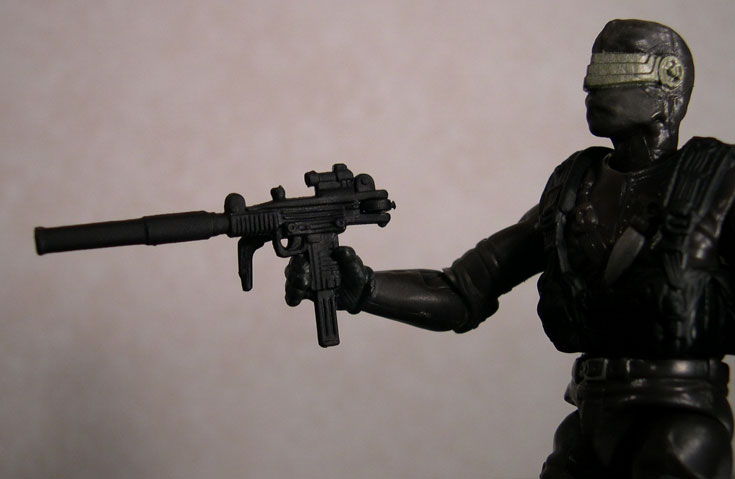 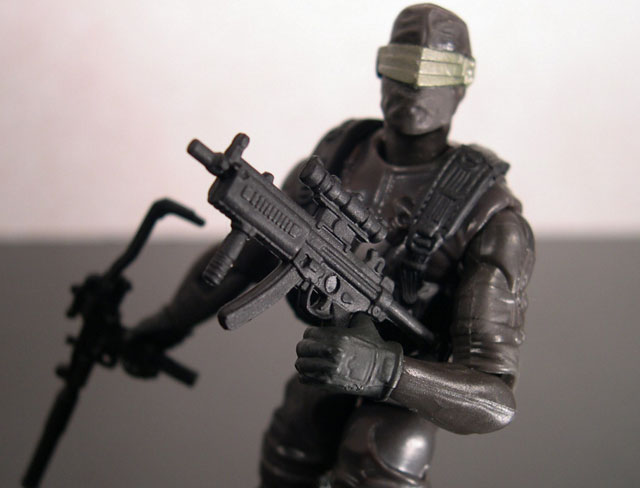 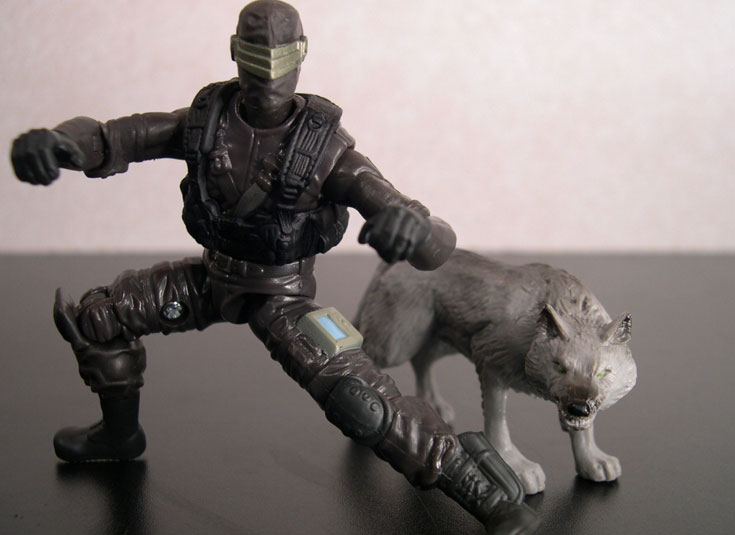 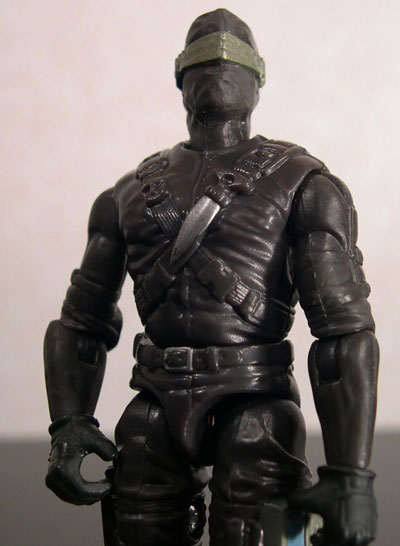