Dr. "Link" Talbot has only been a figure in the Joe mythos for a few months, and already he's infamous.

An ex-Navy SEAL and...err...veterenarian, the Joes recruited him to fight against COBRA's DNA-altered animal/human hybrid V-Troops. This bizarre backstory instantly made him cannon fodder for ridicule.

Personally, what do I think? The backstory is far fetched, for sure, but doesn't really bother me as much as it might other people. I like unique characters in the Joe world and Link is definitely unique. However, there is something that bothers me about Link...and that's the figure itself. The utter silliness of the figure combined with the stupidity of the backstory just combines to make this a character and figure that might be better left forgotten.

The mold for Link borders on the insane. G.I. Joe has never followed strict military uniform protocol, thank goodness (that could get real boring real fast from a toy perspective) but Link pushes things way too far. Even if he isn't a field troop, a padded tank top and armored disco pants just do not make the grade in my G.I. Joe team, I don't care what kind of Doctor you are.

His head sculpt at least is interesting, and I'm happy we've got a new African American Joe joining the ranks. His face looks real and his hairstyle is pretty modern and urban. The actual sculpting of the mold isn't bad. The funky shoulder pads sewn into his tank top are an interesting diversion to the pure boredom of his plain shirt much in the same way that the different leg paddings does the trick below the waist. However, even these added pads don't do enough to take away from the fact that this soldier is basically wearing a tank top and dance pants.

Hasbro tried to a little more flair with the ever-present elbow and kneepads as well, and the kneepads look okay, but the elbowpads (like the Wave 4 version) don't appear to have any straps...so, they're basically attached directly to his arm. Ouch.

Well, there are some improvements in this figure compared to the Wave 4 version, I suppose. Gone are the obnoxious purple pants, and they're replaced by some green ones...however the green color is overly bright and nearly as glaring as the purple/maroon ones were before! Combine this with the yellow pads and you have a pretty darn bright figure. I mean, like Valor Vs. Venom Tunnel Rat bright. Blech.

His tank top maintains it's whiteness, but the Navy logo is replaced by a simple G.I. Joe one. This doesn't really affect me one way or the other, and doesn't add or take anything away from the figure in the long run. It's just a strangely molded figure with an equally strange color scheme...par for the course where Link is concerned.

Well, here's one bright spot. While Link does come saddled with some of the same crap accessories as he has in the past, he also appears to come with a new Street Sweeper type of shotgun/grenade launcher. This is very cool! I love the fact that Hasbro is really going to great lengths to try and equip these new figures with new accessories, even if the figures themselves are subpar.

Unfortunately the addition of one new weapon does not really save this figure and it's pretty much a lost cause. Had Hasbro perhaps sculpted a labcoat, or remolded the Link mold somewhat to more resemble a scientist, perhaps that would have been some saving grace. As it is, the figure looks silly and comes with a super bright COBRA Commander.

Even with the new gun and new Commander's hood, it's tough to fully recommend this pack. At least these new accessories make it somewhat desirable, or else it would be a complete wash out. As it is, I'm sure folks who are curious about CC's new head sculpt or are digging his new hood will absolutely pick this pack up...as such, expect a lot of Links to be tossed in respective "fodder piles". 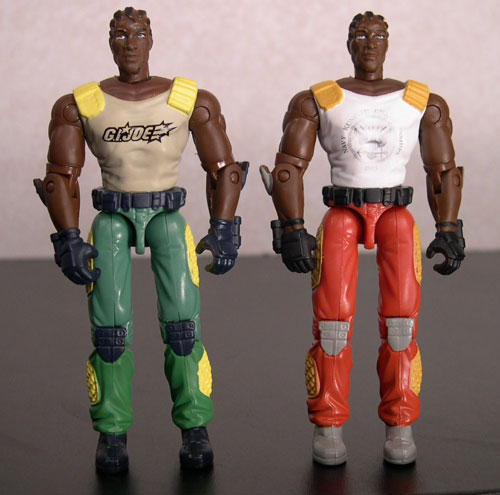 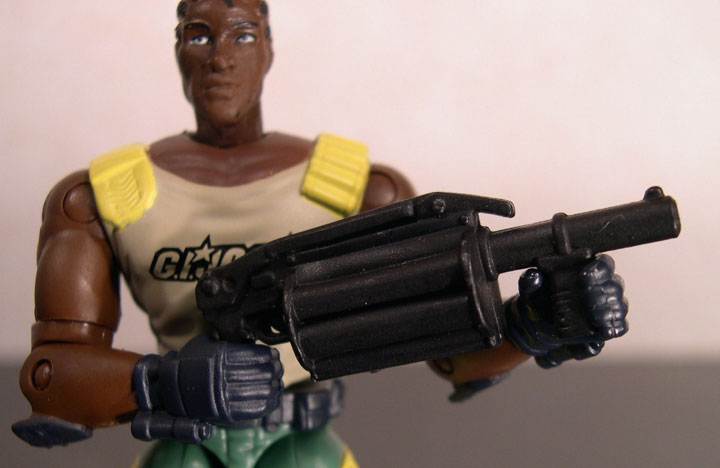