Back when I reviewed this figure in Wave 4, I couldn't help but lay some hefty praise on him, because concept-wise, he was a terrific update to Gung Ho. It took a lot of the cool things that people love about the famous swamp-fighting Marine, and updated them nicely. Not only that, but he came with a nice assortment of gear, with a removable tac vest and hat and a very nicely designed working holster.

But all this effort seemed to be for naught when Hasbro crammed a downright bizarre spin-wheel style action attack feature into the figure and pretty nearly ruined it. Back then I asked for an o-ring version of the figure, and now I've got it...what's the verdict?

Better than not too shabby, down right great, I think. First of all, we still have a very nice newly molded head sculpt that really captures the character of Gung Ho. The goatee is thankfully gone, replaced by a cool moustache that surprisingly really looks the "Gung Ho" part.

The torso is much the same as it was, with a basic overall look to it, but with some very nice ribpads to add some flair. One nice big change is that Hasbro found it necessary to give this new Gung Ho the new shoulder articulation which ROCKS. Not only that, but they worked it into his torso so it doesn't just look like he has a vest on...it looks like his arms are pretty much busting out of a ripped shirt. This small little change adds a LOT of character and a lot of beef to the figure, really making a huge difference. Adding some flair to the figure are the very cool wrist-guards and metal-plated gloves...very nice indeed.

I can't even begin to mention how much of a difference this new o-ring design makes in the waist/legs componant of this figure. No longer saddled with t-crotch design, this new o-ring makes Gung Ho stand larger and taller, which makes a great deal of difference, especially to a character like this. His legs are very military, only sporting a pair of simple kneepads and happily, still with the very nice holster, which is far and away better than the sculpted monstrosities from wave 1 released a few years ago. Wow, how far Hasbro has come since then...it blows my mind.

Paint choices here are much the same as they were in Wave 4, which is actually a great compliment. The plain navy-blue shirt looks great, and his pants colors are a very nice homage to the original Gung Ho, and the color scheme surprisingly still works nicely to this day. The overall colors of the Gung Ho figure are quite reminiscent of the older figure, and with the different variations of blue, this figure looks like the character, yet updates quite nicely, too.

Little brown touches on the belt, holster, kneepads, and boots brings out some realistic detail and just makes the whole figure look great.

Again! Again with the new gun! You'd think Hasbro's been paying attention to us all this time. ;)

Not only did the big "H" think to give everyone's favorite Marine a new gun, they made it a grenade launcher to boot! Rock on, Hasbro...this is a GREAT newly sculpted accessory and much, much appreciated. Add to that his removable hat, tac-vest and pistol/holster combo and you have one awesome figure with some great gear.

The awesome colors and accessories (and mold) of the Wave 4 version without any of the Action Attack suckness...how can you go wrong?

Terrific simple, realistic update to the Joe team's first Marine, and a definite must have. Considering he comes with a new red/blue Viper I have no doubts in my mind that there will be armies of Gung Ho throughout the Joe kingdoms of the world, and it's okay...he's got a lot to offer! 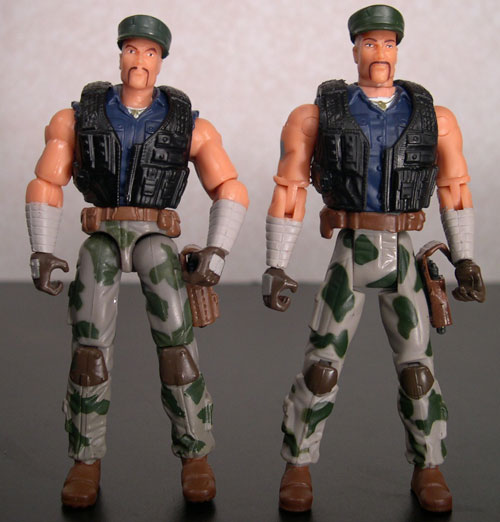 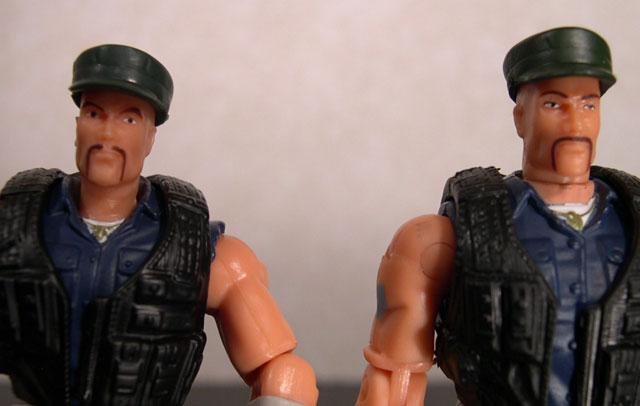 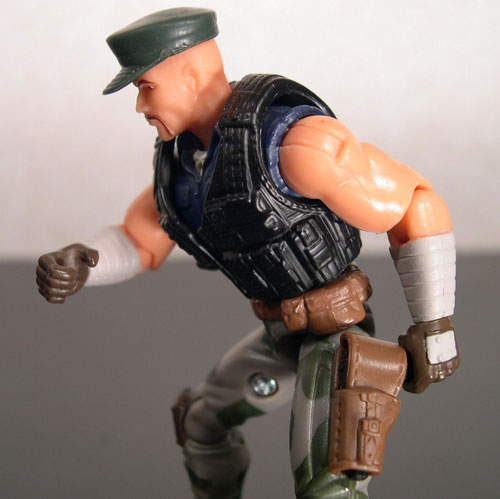 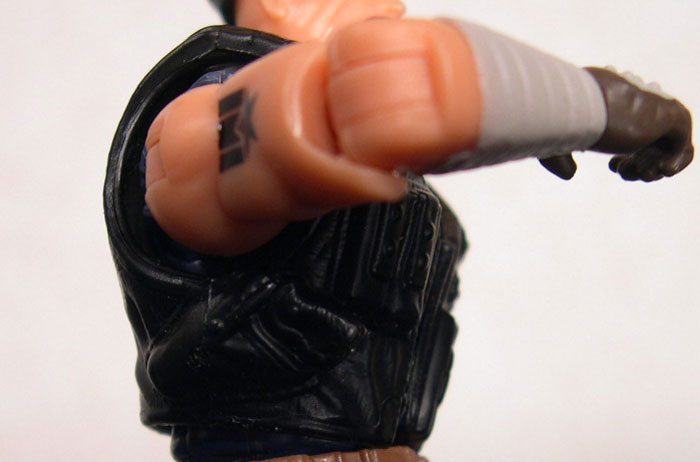 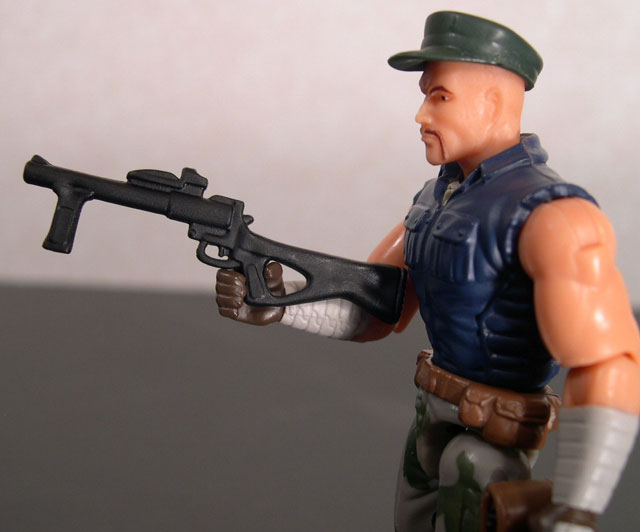 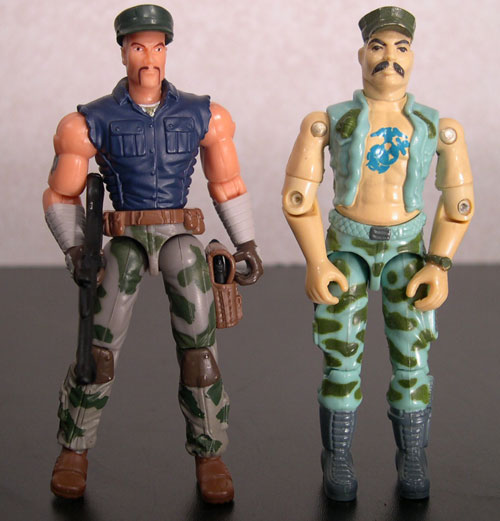