I don't think there's any doubt in anyone's mind who are the most often released figures and which characters Hasbro considers their "core" characters. With a Duke figure being released every few months, it is more than evident that Hasbro wants to keep him on the pegs, and truthfully, I have no problems with that, especially when they improve on him as they have.

When the original Duke came out for Valor Vs. Venom, it was a horrific eyesore of a figure, saddled with action attack, huge nunchuks and a large button sticking out of his hindquarters. Well, Hasbro retrofitted an o-ring into him, which improved things considerably, but not really enough to make him a great figure, in my mind...certainly nothing compared to the already classic Wave 4 version.

Well, Hasbro continues to improve on a sketchy mold with pretty awesome paint apps, but the figure under the new paint still just doesn't really do much for me.

This is really where this figure suffers, I think, especially now as Hasbro works out the proportion kinks and really starts pushing the envelope in the human form with their figures.

Duke's squat torso with the too broad shoulders and the too narrow waist just falls short of acceptible, and makes Duke overall quite unthreatening. His arms still look short and stubby, and while his legs seem to be of normal length, that doesn't necessarily help him, because it just makes the overall figure pretty short.

It's too bad, too, because the overall design of the mold is quite nice...the padded vest with the grenades, nicely detailed straps and buckles, and absolutely awesome twin holsters at each ribcage works really, really well...but just doesn't look human. The mesh uniform on the shoulders and the basic military design pants all look great concept-wise, they just aren't executed quite right. Without these stubby proportions, this figure would be plain excellent. As it is, it's not bad, but definitely not a highlight.

Now here is where Duke shows some life, really. Whereas the old version was a bland gray/tan snore, this version has some excellent new paint applications that breathe some life into what could have been another yawn-worthy figure. The dark brown vest and green mesh undershirt both work together seamlessly, looking quite military, subdued, and yet nice and different at the same time. The silver guns and grenades add some flash to the flat primary colors, and even more life is added in the legs. With the same green base as the shirt, the pants are brought to nice life with splotches of dark camouflage, and nice leather-brown kneepads and boots. All of these changes add some great color to the figure and make him stand out nicely compared to how this figure looked only a couple of waves ago. Some excellent changes, yet still unfortunately held back by the square mold.

Yeah, it would appear that Wave 7 is the wave of the gun! This wave has seen Hasbro release a plethora of newly sculpted weapons and every one of them is absolutely fantastic! These are definitely no exception!

Duke's small weapon looks to be an MP5 (but I may be wrong, I'm certainly no gun expert), which is certainly quite cool...however his larger machine gun is just amazing!! I have no idea what kind of weapon it is, but the drum-style magazine and overall nasty look to the rifle just makes me smile. These are some excellent weapons, Hasbro! Absolutely excellent!! Keep it up!

Same old tired mold, but a nice new vibrant paint scheme and some eye-popping great new accessories. Couple that with a new sculpt Overkill that I like, and I can recommend this pack nicely. Personally, I still prefer the Spy Troops Duke's overall proportions, but if Hasbro can take the nice detail in this mold and stretch it out a bit for the next release, I might have a new favorite. 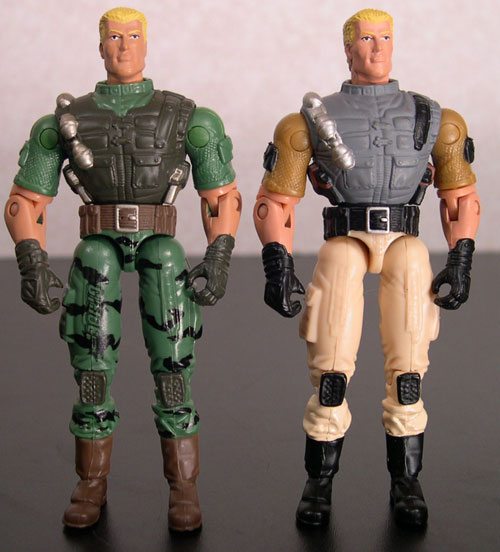 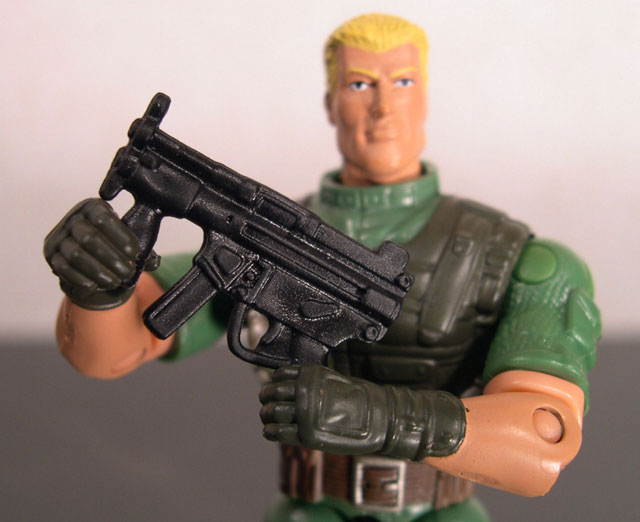 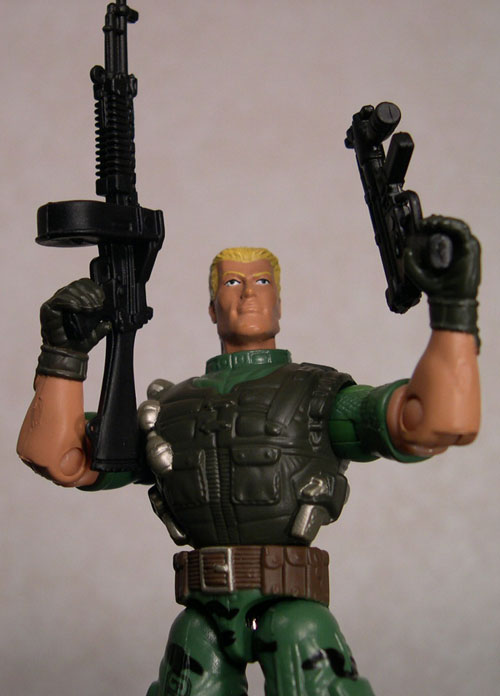 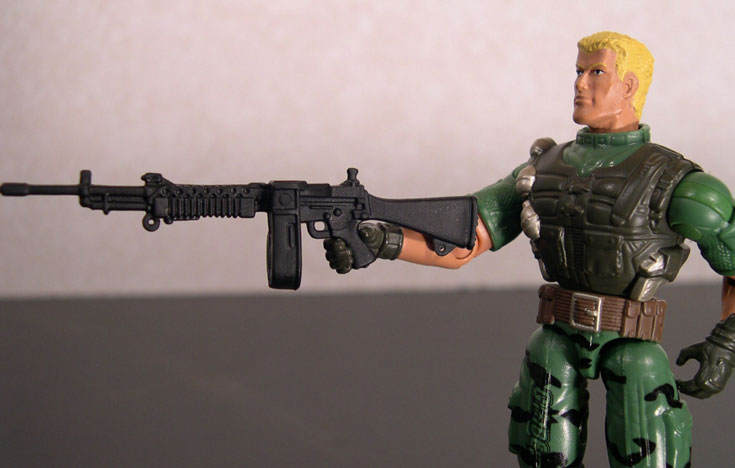