I still remember when this COBRA Commander figure came out in Wave 8 of Spy Troops...after all, it was only a little over a year ago. Back then, pretty much every G.I. Joe fan was vehemently unanimous in the opinion that this was quite possibly the best COBRA Commander figure yet, and perhaps even the greatest new sculpt figure.

The detailed, dictator-type uniform...the classic battle helmet (something that hadn't been seen since the early 80's), the hip holster, rubberized cape, etc... the figure was the epitomy of what COBRA Commander should be.

And since then, the figure has been re-released three times. Is it overkill? Well, I'm not really sure. The black and gray color scheme of the Valor Vs. Venom version was very nice...the brownish colors of the Wave 5 version...they each have their merits. So why not?

Well, this figure kind of shows why not...eventually you're going to run out of interesting and different color schemes. Thankfully, though, this figure has more going for it than just a strangely bright color pallet.

As I mentioned already, the mold is already a classic, even if only out for a year or so. The proportions are spot on, which considering when this figure was originally released is practically unbelievable, and the uniform is definitely real world based. The jacket is sculpted well along with the pants and jackboots...the belts and holsters are in the exact right places. Even the great braided rope coiled around CC's chest looks terrific.

The head sculpt is without a doubt one of the biggest draws to this figure...even though eBay images were released a while ago, this new head is just fantastic, in my opinion. Lots of people were complaining that we didn't really see COBRA Commander's face. To me, that's a good thing. We don't need to see the Commander's face...his image is best left to everyone's own representation and it should be left at that. Regardless of seeing his face or not, the skimask look is AWEsome and the sculpting here is top notch as well.

Add to that the fact that it blends almost seamlessly with the rest of the figure and allows for easy switching between helmet and hood and you've got a pretty decent added feature to this COBRA Commander figure.

Here's where this figure gets more than a little shaky.

We got a blue COBRA Commander with the original...then a black one, and a dark brown/gray one. So, really, there aren't a whole lot of colors left to try. So Hasbro went for another blue shade, this one outrageously bright, and almost "baby blue" which really doesn't fit for a terrorist leader.

This is only poorly complimented by the white boots, belts and gloves, which are even brighter and make the entire uniform and figure just look way too colorful and bright. The coiled rope on his chest is also a darker blue/purple color, which doesn't look real at all and doesn't do anything to affect the figure in a positive way.

But here is where this COBRA Commander actually has some merits above the older versions. Finally we get a terrific new sculpt figure that can wear a hood! When we got nothing but hooded COBRA Commanders for a number of years, people complained about never getting a battle helmet one...then we got repaints of the battle helmet CC over the past year and a half and people just want to see a hooded one. Now you can have your choice.

The removable helmet is based on the one that came with Spy Troops Shipwreck a while back, but the shining point is the absolute kick butt dynamically sculpted hood. It looks GREAT.

The rest of the accessories are so-so...the same old Valor Vs. Venom staff, and no cape, but he does come with a very cool new mold silver pistol. Of course this terrific new pistol doesn't fit in his holster, so...

This figure is hit or miss, really, but mostly miss. I dig the hood and am very glad that Hasbro did something to spice up this figure, but the color scheme is abhorant and it really takes a lot away from the figure.

The new head sculpt is nice, I think, and something different, but isn't in and of itself, worth a purchase of this entire pack.

The figure mold still has some great details, but the colors are not complimentary, and this pack also comes with the always forgettible Link figure. If there's a pack this wave to skip, it's this one, although the added hood and new head sculpt are nice different things for this figure. It's a toss up, but personally, I am happy that I own this pack at least. 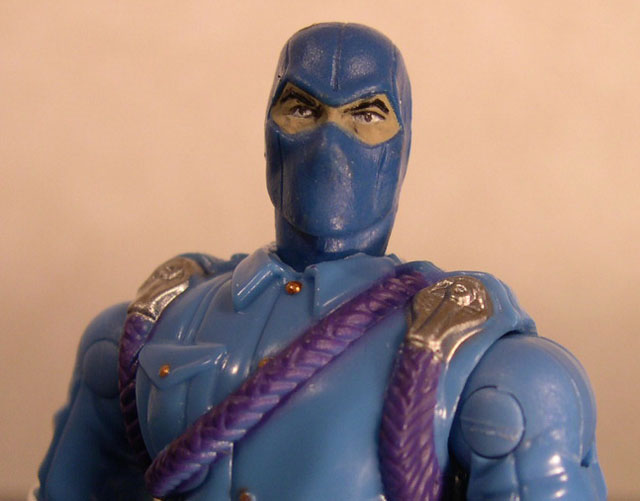 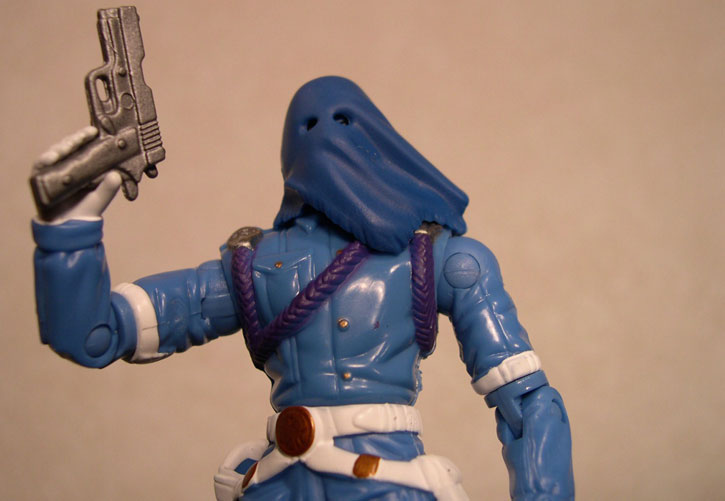 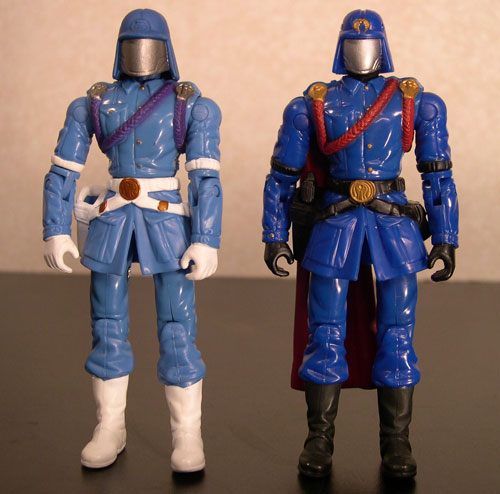 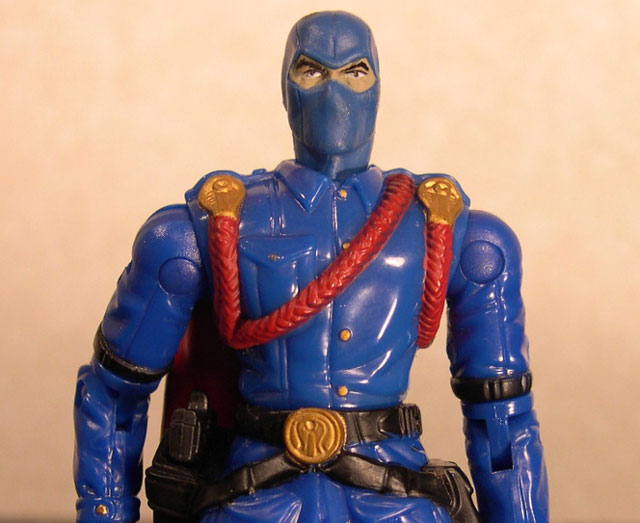 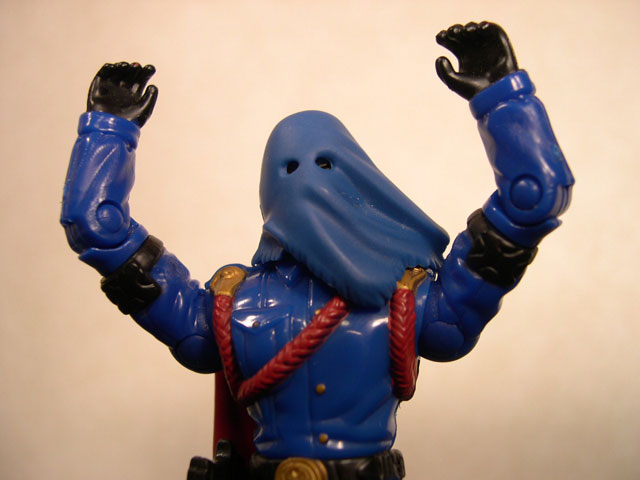 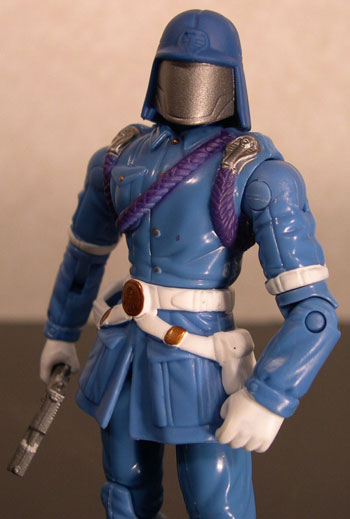