When this strange little vehicle was first spotted in prototype form, Joefans could not figure out exactly what purpose it was supposed to serve. Was it a submarine? Was it a plane? Both? No one knew.

Hasbro has slowly but surely been building up their reputation for vehicle design over the last few waves, but with this vehicle they stumble and take a large step back in the design department.

Design for this particular vehicle is just plain bizarre. It's obviously meant to hold some representation for an insect, influenced by the infused DNA through the venomization process. But instead we end up with a short ,stubby, sloppy looking little blob of a vehicle that doesn't really serve any decent purpose at all.

It's rounded front is asthetically pleasing and could be considered aerodynamic, except for the fact that the wings are far too short to even hope to get this thing airborne. Even if they could provide enough lift to carry this vehicle, there are no jets to propel it. There is a little fan on the bottom that I suppose could be used in a hovering capacity, but it's small and not nearly powerful enough to carry something like this anywhere. Perhaps that's why this vehicle was originally thought to be a sub...it just doesn't look flight-worthy. I do kind of like the design of the rudder and the tail of this vehicle, but that's not enough to draw my praise or attention.

The color scheme, however, is a somewhat bright spot. I like the black base, and on the vehicle at least, the yellow is subdued and adds some nice design work to the mold. I don't mind the bee stripes, and the greenish canopy is pretty neat, too. In another form, this color pallet might be pretty appealing...on this thing, well, it doesn't help.

As for playability...well there is some, but not much. The Hornet is small and light and easy to whip around as if in flight. The capture claw works well and is easy to activate, and it adds a neat little bit of playability to this otherwise boring aircraft.

There are twin bombs that are released via tabs on the wings, although the concept that this little stumpy plane could serve as any kind of bomber is beyond bizarre to me. It's also got a nose-gun like the FANG III with a firing missile, which always adds a little flair, although not much.

Even as a kid, electronic features did not do anything for me. As an adult, they do even less, especially when I can't even tell what the heck the electronic noises are supposed to represent. When you activate the capture claw, it makes an interesting metallic clanking noise, which is effective. When you press the yellow button to activate the "engine sounds" this little bugger makes the strangest assortment of grinding noises I've ever heard. Doesn't sound much like an engine at any rate. Bleh.

Heh...where do I even start? I think this Neo-Viper holds the dubious distinction of being the brightest damn figure in G.I. Joe history. Heck, I've got glow in the dark figures who are not as bright as this bad boy. I understand we're supposed to see a bee-type relation with this Neo-Viper, but come on...a yellow this bright should be outlawed. The O-ring Neo-Viper is definitely an interesting mold, but this strange yellow hue just completely renders this figure useless. And yeah, this is coming from someone who loves Battle Corps and the bright colors they brought us.

Two steps forward, one step back. Hasbro was just getting its legs underneath them with their new vehicle design, and this really makes me cringe. Granted, it's not as clunky as the Battle Blitz, nor as incomprehensible as the Road Rebel, but it's worlds away from the Mechs, Tigerhawk, and Venom Striker that we've been treated to so far this year.

And yeah, the nasty looking figure doesn't help either. I can't think of too many redeeming qualities for this thing, even though it comes with an army builder. Avoid. 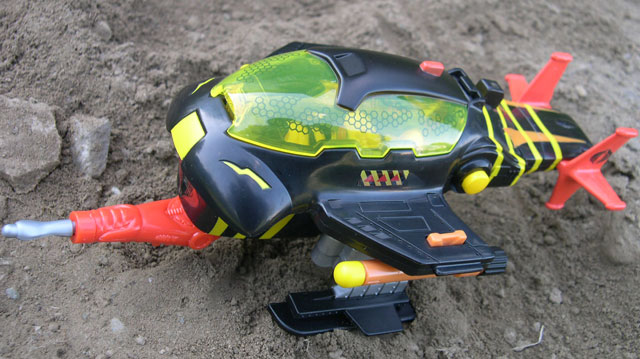 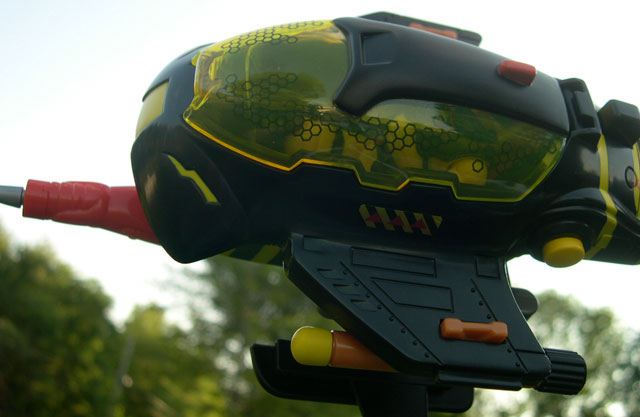 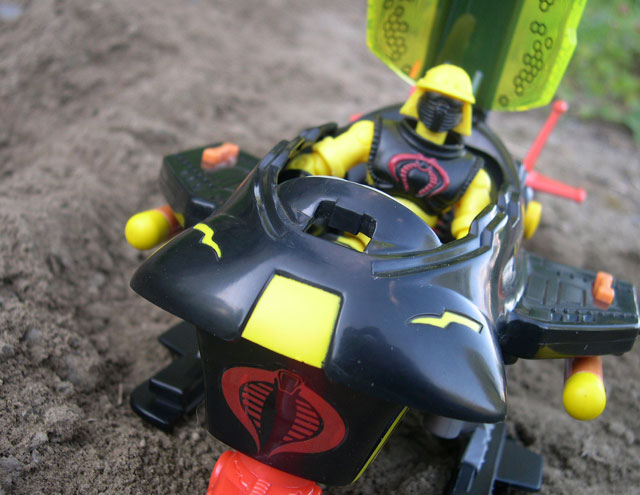 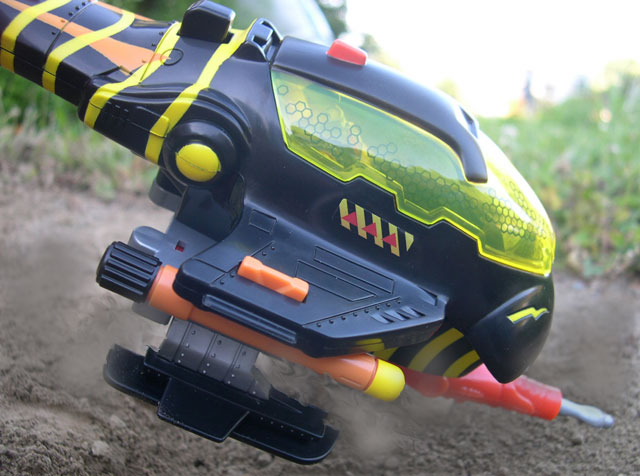