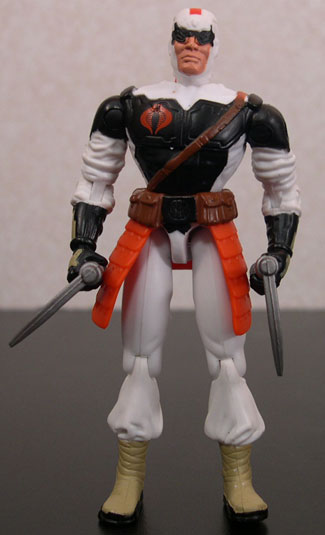 So from a British fencer/mercenary to an ex-professional wrestler and all around tough guy, Slice has made some changes over the years...are they for the better? Storyline wise, no, not at all. Figure wise? Eh, that's a tough call, too. This figure is okay, but just not quite as streamlined and cool as the original version...this figure is worlds better than the "butt plug" version, of course, but still not really a stellar figure.

The mold just kind of strikes me as odd, although it's still pretty neat and different. The goggles/mask combination is the first thing that strikes me, and it's a very funky design, yet still works. I'm not sure it's very ninja-like, but it's an interesting design scheme, which is what matters. The addition of the red bandana tail coming out the back was a nice one, too, although it does pop off pretty easily.

The base uniform looks very ninja inspired, although to spice things up a little, Hasbro threw on some nicely detailed chest armor, a simple lone strap on top of it, and those always popular armored gloves. I really like the pattern of the skirting on Slice as well, holding kind of an oriental theme, similar to thatched roofs, and yet not to inhibiting to his poseability (unlike his pack-brother Slash).

His legs, like Slash, are your basic martial arts uniform legs, which works well and fits in nicely...it also allows great freedom of movement and poseability with no extraneous details getting in the way.

This is a very dramatic choice of colors and it works, in my opinion. A bright white base uniform is nicely toned down by the black armor, and there is just a little bit of red in the right places to bring more color into the figure. The red COBRA logo on his chest looks great and matches the skirting and bandana well. It all comes together to form a pretty complete color combination and actually blends him in with Slash pretty well, too.

Another ninja, another set of new martial arts related accessories, and these ones are really cool as well. Along with the recycled twin Uzi's and bizarre wavy sword, Slice gets two "Kata's", which are miniature sickles of a sort and look to be a pair of very nasty little weapons. The two blades are also greatly detailed as well, with woodgrain handles and nicely patterned metallic blades. Very cool!

While not quite as strong as Slash (who isn't really THAT great a figure either...but he works) Slice is an okay addition to the COBRA ninja corps. An abundant amount of ninja releases recently has really beefed up both sides' martial arts ranks, but so far the figures have been pretty good, any way.

If you're a ninja fan, definitely pick up this set...if not, I wouldn't really bother. There are a few interesting accessories and the figures are pretty neat, but nothing great and nothing you'll really be missing if you're not a fan of them any way. Of course, you could always buy the set and re-enact the scary scenes from them in Valor Vs. Venom. ;) 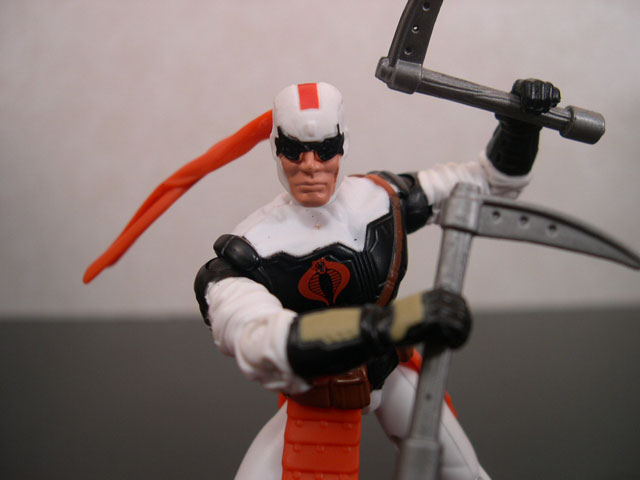 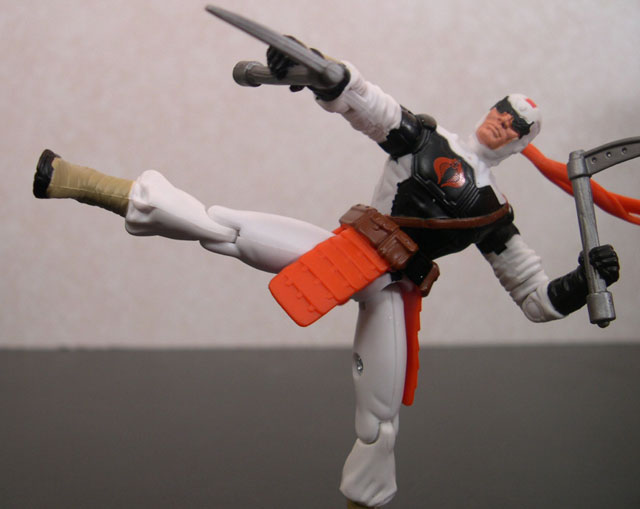 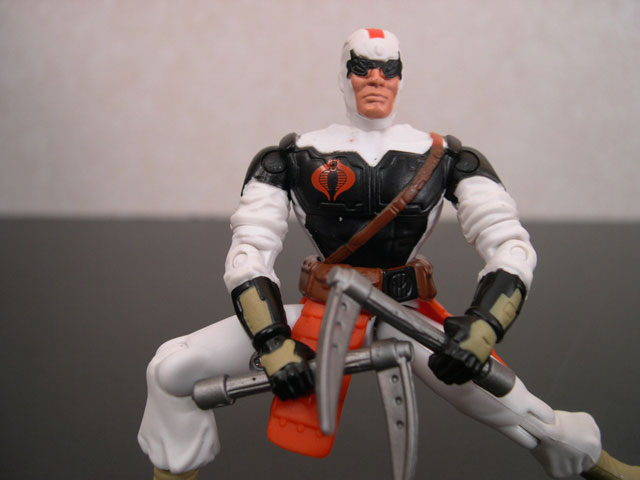 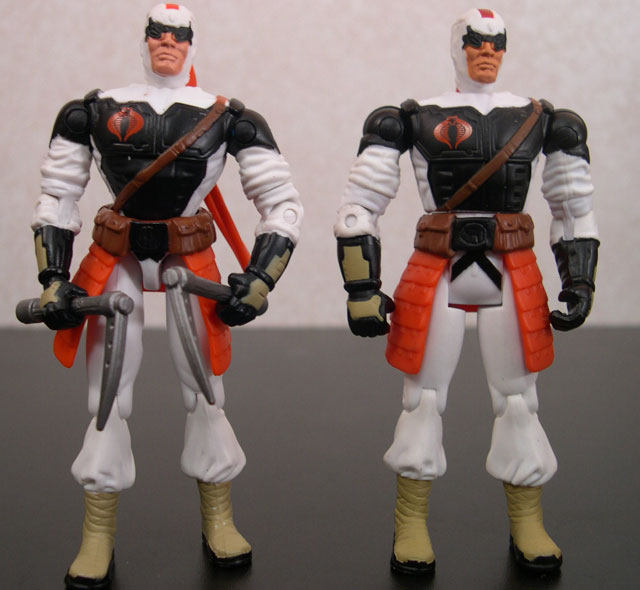