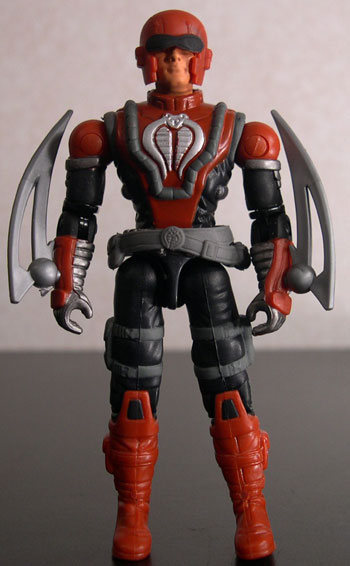 In my review of Tunnel Rat, I referred to our old buddy Razorclaw as a "shameless Wolverine clone", and I meant every word of it...but not necessarily in a bad way.

I'm one of many Joefans out there that is not only a G.I. Joe fan, but is a comic book fan...however even though there are a ton of us out there, the numbers of us that actually LIKE seeing the comic book universe seep into our toyline is quickly dwindling. Personally, I don't have a problem with it.

To the kids of the world these days, the Joe team IS kind of a super hero team...and COBRA is absolutely a super-villain organization. Considering Wolverine doesn't really exist in the Joe world, I don't mind having someone here who acts just like him...and I like seeing him as a COBRA agent.

The last Razorclaw version is also meant to be a clone of Marvel's most popular super hero, but, let's face it...he looked too wussy to fit the part. His scrawny head and odd helmet started him off looking funky, and it was only made worse by his strange little stick-claws that flopped around uselessly.

Well, this version of Razorclaw takes the two most glaring faults of the original and improves on them tenfold.

The head sculpt no longer looks squished and wussy, thanks to a nicely dramatic human face and head underneath a fantastically designed and executed Razorclaw helmet. Man, I LOVE this helmet. It's rubberized, so it fits around the head perfectly and doesn't look overly large or out of place. It's GREAT.

The headsculpt underneath is also terrific...the Valor Vs. Venom storyline maintains that innocent humans are captured and experimented on, so it makes sense that a "normal" person would be underneath this helmet, yet the face sculpt looks mean enough to work for a bad guy. It has great character and looks cool.

The body sculpt itself is the exact same as the previous version, but works worlds better in this darker red, black, and silver color scheme. The super-villainish sci-fi layered armor still looks really cool to me, and in these new colors, the mesh between flexible polymer and armored plating works seamlessly, especially on the arms and hands. The body sculpt is in proportion, as was the original, and with the larger helmet and more elaborate claws this figure looks a lot more imposing than the original.

Speaking of these new claws, I LOVE 'em. The angled, sharp design is far and away better than the originals and I dig the way they rotate back instead of flipping back and forth. They can be used as arm blades to slice, or can rotate up in the front as a striking attack, and the result of both looks really great. A huge improvement over the original.

This is another great thing about this update. The color pallet is based strongly on the original, but merely by making the gray trim darker and adding some silver to the snake logo on his chest, the overall color scheme almost appears darker, richer, and more dramatic. The red shade of the uniform is very close in color to the original...but with these changed colors, it makes a huge difference, even without huge color changes.

I may be wrong in my accessory allocation, but it would appear to me that ole Razorclaw comes with two things besides his helmet: jack and squat. No gun, no backpack, no nothing. I blame the big honkin' squirt gun for using up the accessory compliment here and leaving poor 'Claw with nothin'. But you know what? Even with just his claws, he can still whup that sissy Tunnel Rat's butt, even with his friggen water gun.

Great update! It actually makes me kind of torn...since Wave 4, we've been getting more and more repaints/retools...on the plus side, Hasbro's much improved sculpting has created some fantastic updates to what were originally somewhat marginal figures. However, this improved sculpting makes me long for some NEW figures and characters to get this treatment. Still, you can't complain about figures that look cool like this, and that are so vastly improved even by a few small changes. I think even with a substandard Tunnel Rat, this pack is probably worth getting, if only for a great Razorclaw rendition. 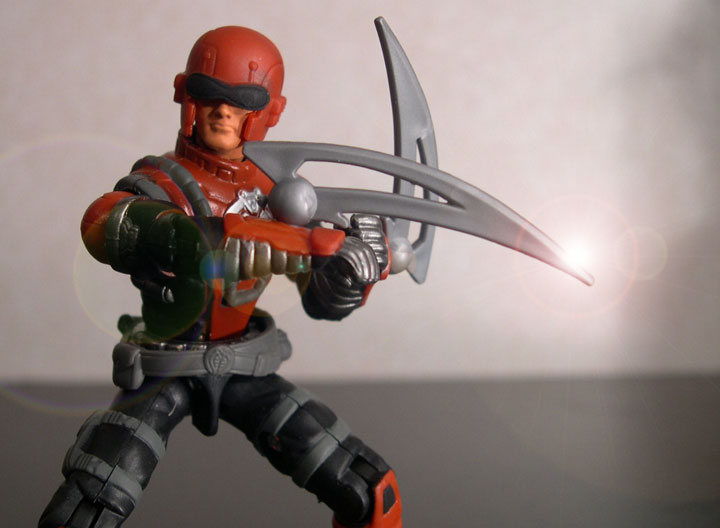 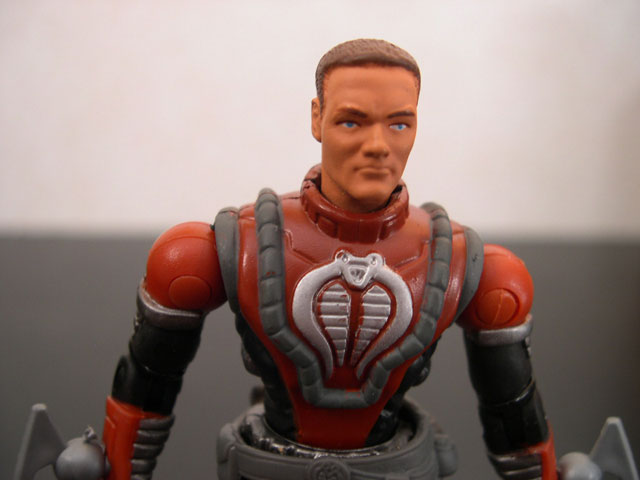 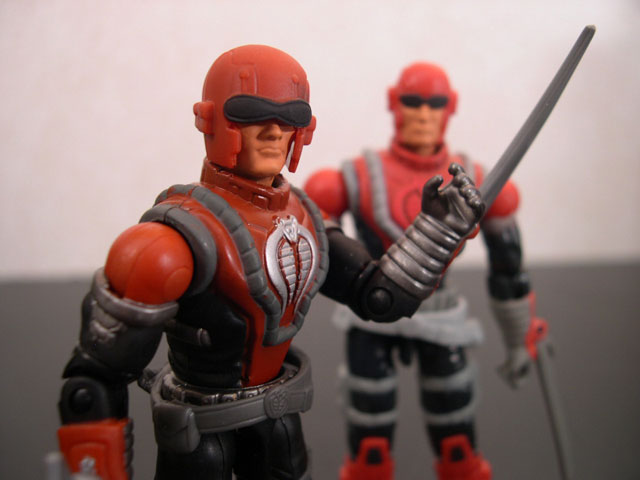 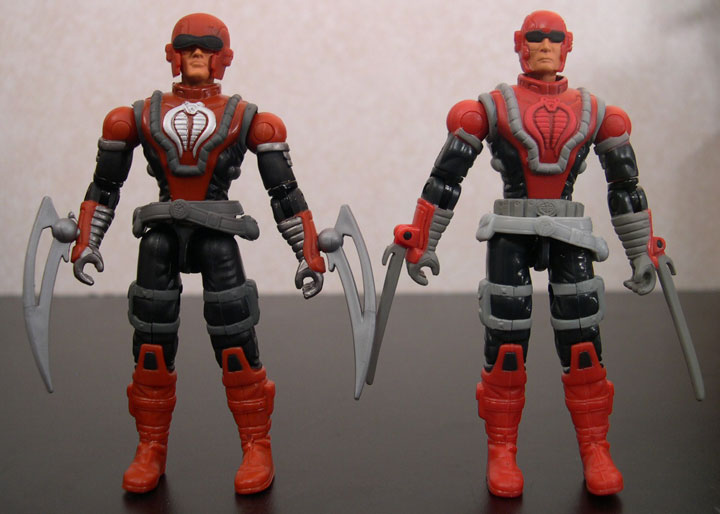