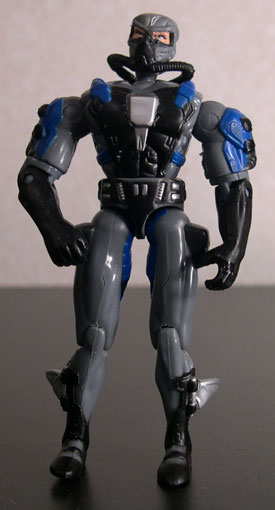 Darnit, darnit, darnit. So many potentially cool figures negatively affected by the short torso/long leg syndrome...there are a few pretty painful ones out there...this one isn't quite so bad, but still hurts a little. With this new paint scheme, though, it's easy to overlook the design flaws and see a great figure accurately colored, and an awesome throwback to the original version. Even though we just got a gray/red Eel that was nicely respectful to the original '85 version with the Sting Raider, this version takes less inspiration from that figure, yet still looks great and is instantly recognizable as the Eel it is meant to be.

Well, besides the proportion problems, this figure has a terrificly intricate, well detailed mold. From the downright malicious, almost monstrous head sculpt/airhose combo, to the nice layered chestplate on his torso...all the way down to his metal fins on the back of his lower legs, this figure is a cool update and a nice mold.

The base body style is sculpted in a way that really LOOKS like a wet suit, something I'm sure is easier said than done. His great sculpted armor plating on his shoulders and chest adds some great bulk to the figure and makes him even more menacing the he might already be. The hoses and connectors to the armor and the wet suit are crafted perfectly and look realistic, even for something that couldn't possibly exist in the real world.

From the waist down, the figure is a lot simpler, but still maintains some fantastic detail. The upper inside legs have a terrific meshed wet-suit/cloth uniform combination, and the fins that proceed down the length of the legs look great. However, the lack of sculpting on the legs compared to the torso unfortunately makes the proportion problems stand out a little more. Still a cool figure, though.

While this version doesn't pull quite as many references from the original as the Sting Raider version did, the base gray uniform looks terrific and nicely compliments the black and deep blue armor. I actually almost prefer this color allotment to the red trim, and yet this figure also blends in with the other very nicely. Of course, they both make the transluscent green version look pretty crazy, but it's nice to have a decent squad of Eels, without buying too many multiple packs. A nice, attractive color scheme.

Not much to speak of...mostly the same old, same old. while he doesn't come with the light-powered backpack, he has the rubber monster-hands, the Undertow trident, and the bizarre laser rifle that the original version came with. Nothing to write home about, really.

Like the figure he's packed with, the Eel is a decent update, although nothing terrific. It's a pack worth buying and a pretty neat one overall, each update having some cool qualities that the original version(s) didn't quite capture.

I also notice that Hasbro is much more on top of packing similar figures together, which is cool...getting two water based figures in one pack, and two snow-based figures in another pack makes a lot of sense and works well.

Both figures in this pack are pretty neat, and would make pretty cool additions to your ranks...give 'em a try. 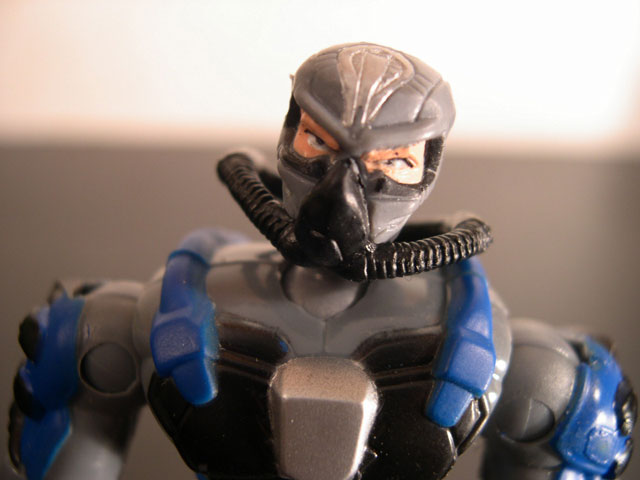 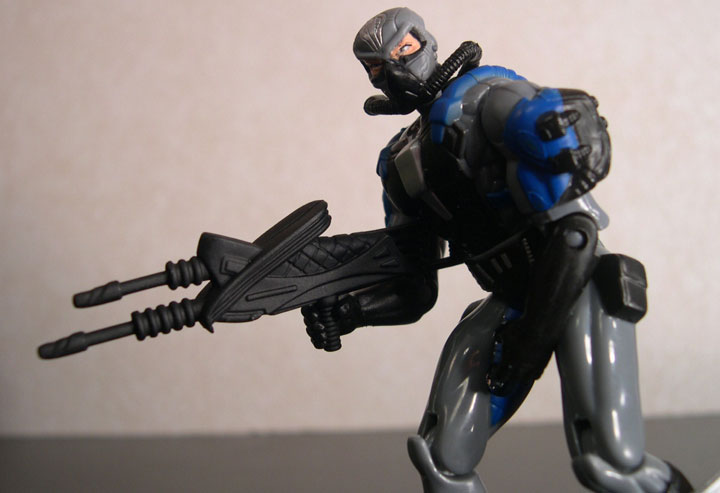 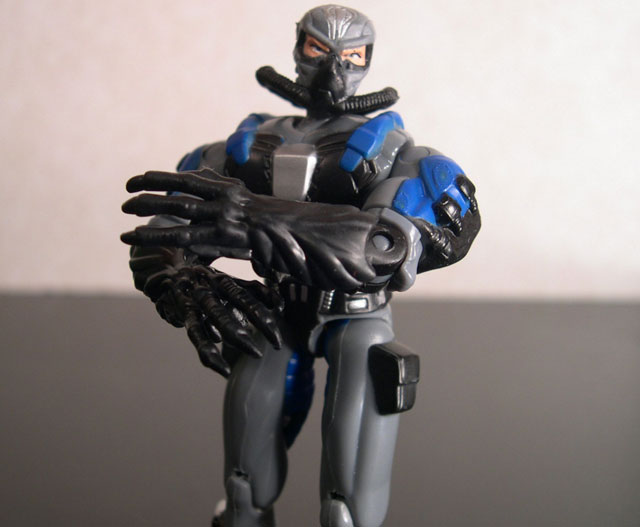 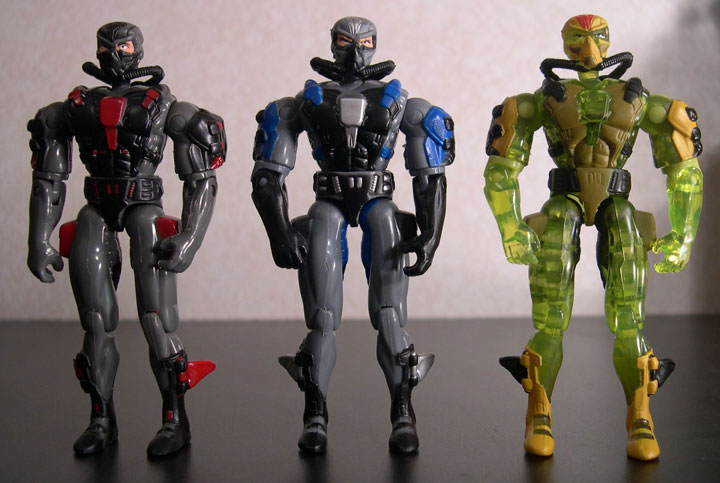