So Hasbro has spent a lot of the past couple of waves trying to make up for Action Attack mistakes from the beginning of the year. Retooling these figures consists mostly of taking "T-Crotch" figures and retrofitting them with o-rings...it's too bad they didn't try to take Coil Crusher and make him a more normal figure as well. I still think he's a cool, mammoth character with some neat potential...but those stubby, non-poseable arms really limit his uses in my world.

The mold here, again, is just like it was back in Wave 3. His head sculpt starts off terrifically, with a nicely characterized look to his face...a sloped forehead, broad chin and angry grimace really brings some spirit to his face, and I still really like that tattoo on the back of his head.

From the neck down, though, is where things get a little freaky.

His torso tries to portray a broad shouldered/muscular look, but because of his funky arms it looks overly wide and too squat. It gives him the trademark triangle torso to a larger degree and looks a little bit goofy.

And of course, this goofiness isn't helped at all by his wire-arms, which, in premise, seems like a pretty neat idea, but in execution does not fly. The arms end up slightly stretchy, but not all that poseable (in anything but an odd curved shape) and just don't work. The arm designs themselves, with the built in metallic armor and banded metal, look really neat, and it's a shame that we most likely won't get a rebuilt Coil Crusher any time real soon, since he still has his o-ring.

Overall, the figure isn't that bad...the potential is great, and I still kind of dig Coil Crusher overall, even with his shortfalls. I like having two of him now, using him as kind of an enforcer, or Venomous Maximus' personal bodyguards.

When I first checked out this version I had to really look to see exactly what was different about this figure compared to the original...really, it ain't much. The pants and lower half are pretty much identical...the main changes are with the torso and arms. Instead of a dark green/red color, the new one is more of a brown base with gold metallic trim on the armor...it doesn't look bad, but like Wild Bill, the old one is slightly richer in color and a little more appealing to me. The goggles are also different colors, and either one is pretty successful.

All in all, this version of Coil Crusher is somewhat more bland than the old version, but still works as an additional Coil Crusher trooper...looking similar enough to blend in with the original, yet different enough as well.

This kind of hurts...from what I can tell, Coil Crusher comes with his rubber snake and nothing else. :/ No cool Sgt. Hacker-gun...just the snake. Eh.

Like Wild Bill, this figure isn't any better than the original and really doesn't add anything too exciting to the overall figure...depending on whether or not you want to troop build Coil Crusher, this figure could be a hit or miss. Considering both this figure and Wild Bill are nothing really new or exciting, I don't find anything in this pack really worth recommending...but again, it boils down to personal preference. 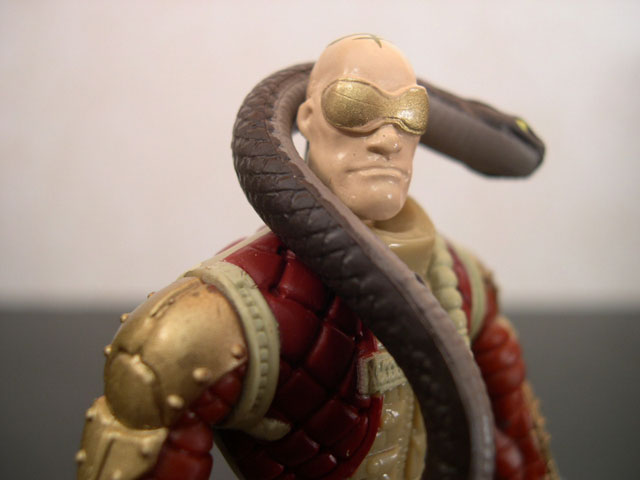 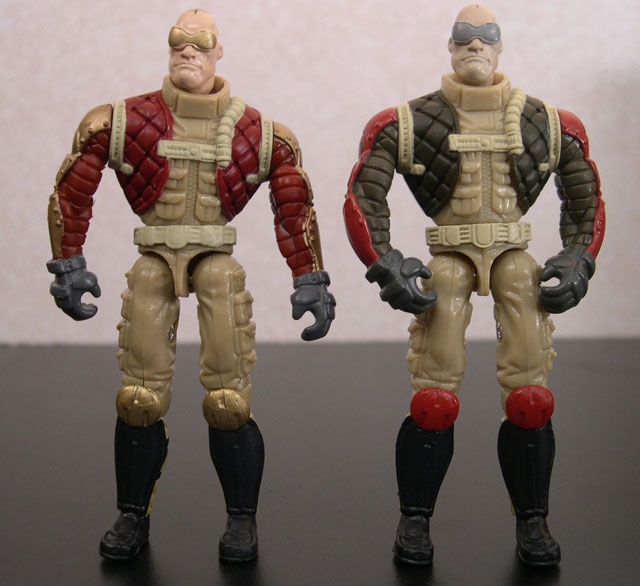