Well, I first complained about it with Shipwreck, and I'm going to continue to do it here, only in this case it's almost painfully obvious that this figure is supposed to be Zap. Plain and simple. The sculpt of the face...the close-cropped hair cut and pencil-thin moustache...overall green pattern color scheme. This is definitely him, with trademark issues, I can only imagine.

Not that this figure doesn't make an okay Bazooka...it does, but it would make a much, much better Zap. He just doesn't quite look goofy or errr... "bushy" enough to be 'Zooka.

Like the version that came with the Quickstrike, this is a great, great figure, really. The design scheme is very basic military with a general uniform and the barest of trimming, using kneepads and elbowpads to add some flair to a pretty simple mold.

But where this figure really comes to life is with the nice padded chestplate/vest, which really brings this figure to life with it's great quilted pattern, and on this figure anyway, dramatic color difference. The light tan of the vest on this version of Bazooka really makes it stand out as a ballistic kevlar bulletproof vest with nicely patterned shoulder straps and as I said, a terrific quilting pattern.

The attention to detail continues with his webbelt, thigh holster and nice trimming on his hips, adding even more minute detail to the overall figure. It's an overall simple figure, yet comes to life quite nicely with some minor detail additions and color changes...a much more effective figure than the original. Also more noticable on this figure because of paint changes are two star embossed shoulder pads that blend into the uniform nicely, and look fantastic as an added detail. Twin pouches on his right thigh are also meticulously sculpted and look very realistic.

One slight downside to this mold is the natural tendancy it has to tilt a little bit. I'm not sure if this is really a mold-related issue, though, or if it's simply an o-ring or t-bar that's too tight or backwards. One of these days when I have more time I'll try and investigate further, but for now, both of my versions of this figure have the same problem, so I'm assuming it's a consistent issue with this mold.

As I mentioned, the color choices are straight forward, yet still very effective...a nicely colored basic military uniform, with some brown belts and a nice, tan bulletproof vest. It's all very simple, very ordinary military, and yet it really works well and creates a great figure.

There are plenty of small touches on the figure which make a big difference as well...things like the tan on the boots (adds a very realistic military touch) and the awesome brown detailing on the star shoulder pads...it all comes together very nicely.

Bazooka comes with a nice little assortment of accessories as well...most prominant is his MASSIVE bazooka that actually fires a spring loaded missile...even though spring-loaded gimmicks are not one of my favorite things, the weapon looks pretty neat. Even more neat, though, is the magnum pistol that he comes with, which seems to be a new sculpt weapon with a great molded handle. Very, very cool new pistol, for sure! He also has a removable helmet...all in all, a great assortment of weaponry for this missile launcher trooper. 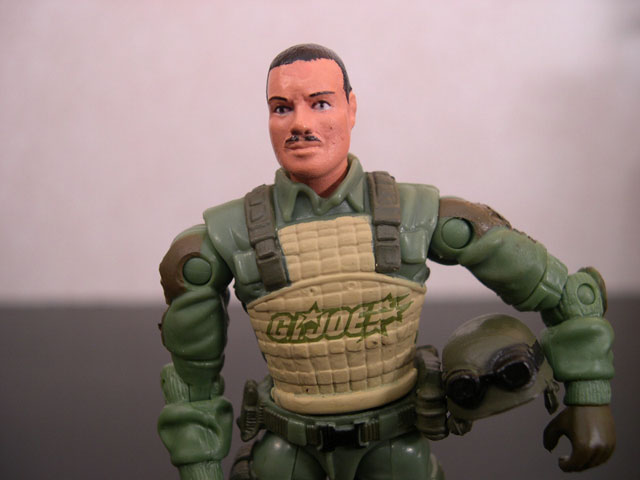 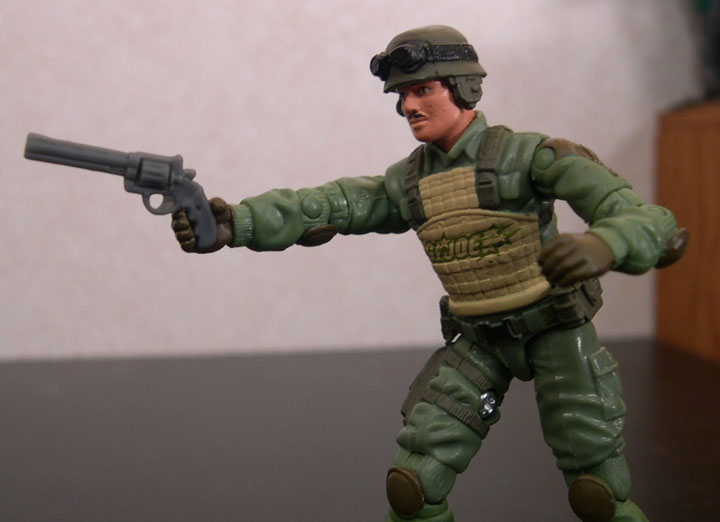 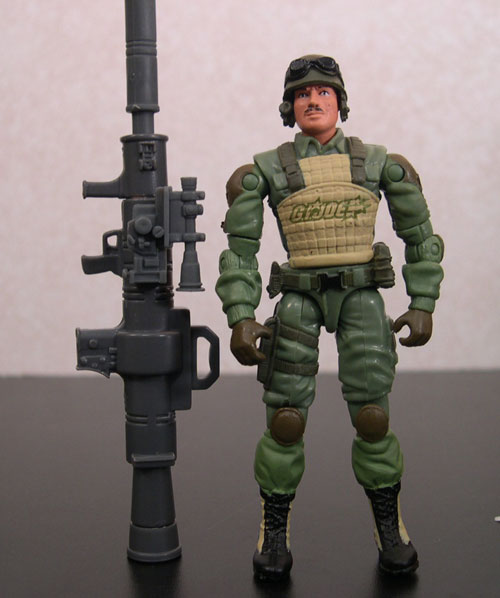 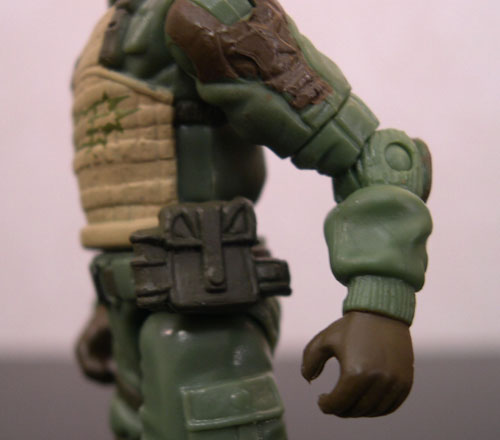 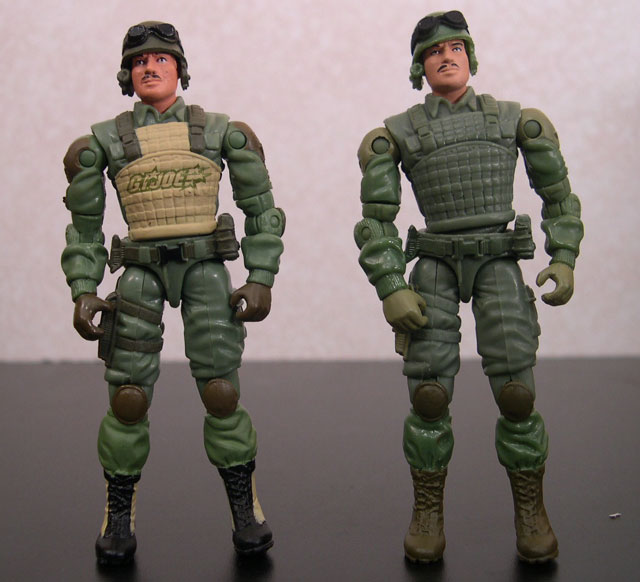